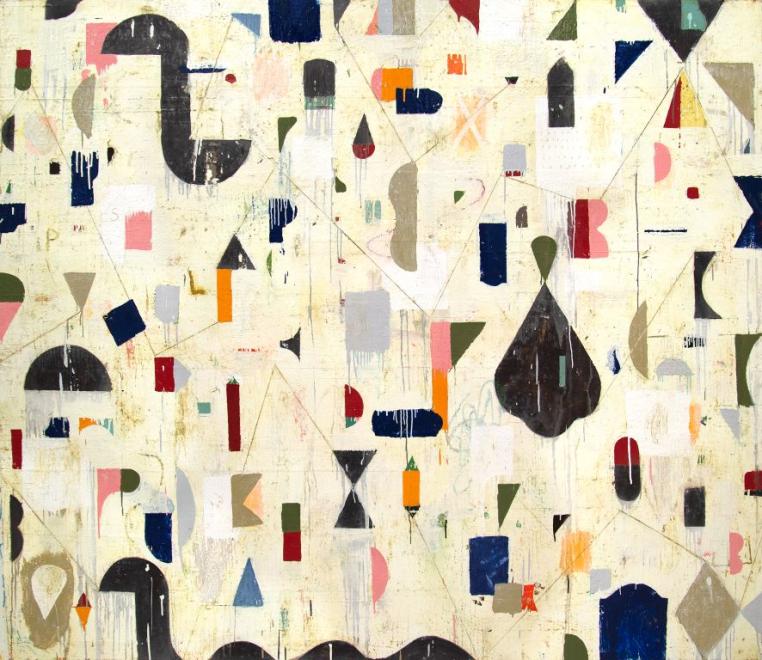 With so much political art being made and shown these days, it would be easy enough to conclude that social criticism and satire are about the only ways art can help in troubling times. Yet however much contemporary art’s moralizing encourages its fan base, it’s far from being the only good art can do. The value of art can be found in aesthetics, which is a part of ethics, while ethics is the source of values, and values are the things sociologists tell us bring people together or drive them apart. Art often reaches its audience on a subliminal level, but while differences over subject matter and presentation can drive a wedge between viewers, abstract art can heal and unite them. That explains the power of music, the most abstract art, which has been known to start enemies dancing together. It also explains the palpable power of Nicholas Wilton’s paintings to uplift his audience, giving them reason not only to keep going, but also to feel an increasingly rare confidence.

Looking at, or into, “Origami,” the paradigm panel in Orchestrated Moments, it’s not impossible to be reminded of Bob Ross’ probably apocryphal line about inserting some “happy trees” in a landscape. It may be hard for skeptics to see what Ross saw, that there are inherently happy as well as unhappy shapes in nature. It’s a lot easier to see it in Wilton’s energetic constellations of familiar and often suggestive shapes. Is that a tombstone in the lower-right corner? No matter, it’s something known, and recognition is an inherently pleasant mental event.

Wilton also provides a generous array of opportunities. Depending on who’s counting, there are between 75 and 100 objects floating, like trees in the forest, on the surface or in the foreground of “Origami.” Where they’re located and how they’re connected, if at all, is a question our eyes put to the lesser objects, lines, scribbles, drips, sags, and cracks that fill the space between them. Wilton’s paintings are as marked by life and experience as the face, or the psyche, of a centenarian. 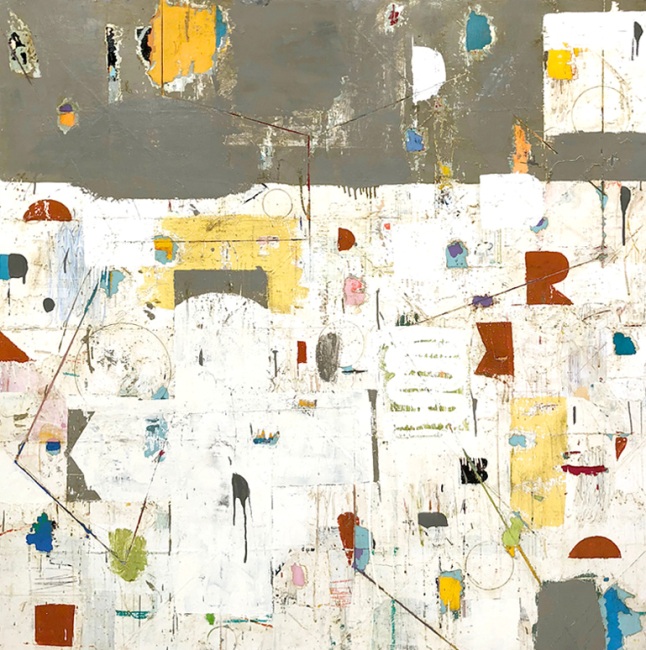 Or are they? If proof that abstraction is not the opposite of representation is ever permitted, Wilton’s paintings may provide it. What looks like years of history—including layers of bad paint carelessly applied over damaged places, or slapped on so thickly it spalled off again, or failed to cover up deliberate vandalism—was, after all, all applied at the same time, not in coherent layers but in interpenetrating parts, in a studio, with great care and deliberate intent. The final result is an illusion, just as much as Whistler’s Mother. Why is it representation to paint a tree, but not to paint a wall?

Occasionally Orchestrated Moments flirts with actual subject matter. “Shape City,” its white parts suggesting snow in the foreground and its upper reaches like the gray of a winter sky, could be a vision of Park City. “Alleyway” and “Shortcut” have their DNA mixed with that of maps, which along with clocks and numbers were among the abstract forms of data most people learn how to decode as part of their early cognitive training. GPS devices, digital clocks, and calculators began the process of making those skills obsolete, and now that every child starts life with a cellphone, it’s not clear what will replace them in shaping the growing brain. That said, abstract art and design have shown real resistance to digitalization.

The most pleasing thing about Wilton’s paintings may be how lively they are. Instead of making dramatic, breath-holding statements, they dance gregariously, all the while making connections that shift as the eye moves through them. A pair of converging lines each forms one part of two other pairs of diverging lines. Some silhouettes are familiar, but others adhere by, or are divided by, bright color choices. Accidents abound, and somehow they’re all happy: the very definition of serendipity. 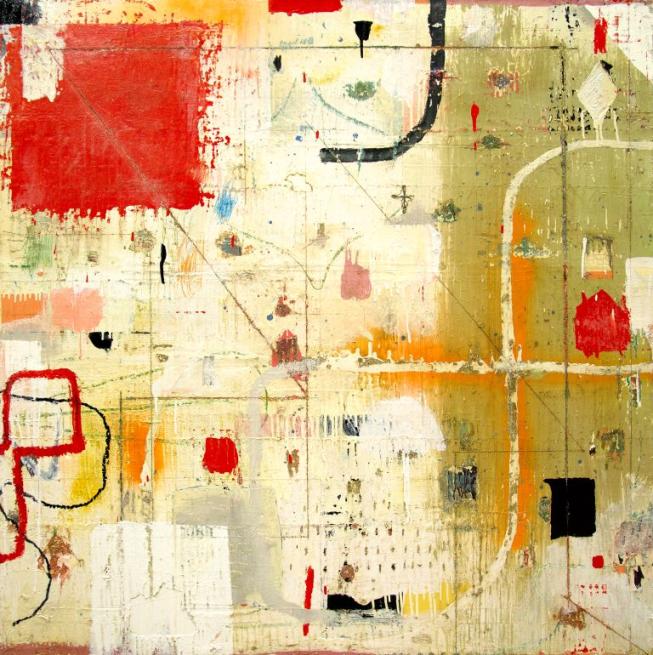 Some in his audience may have encountered Nicholas Wilton through Art2Life, his online activities, or the books of Brené Brown. Like Salt Lake City’s Jann Haworth, his art is only one part of a lifelong devotion to encouraging creativity in everyone. It’s impossible to know at this distance whether the positive, forward-looking feeling evident in his art is the inspiration or the result of his enthusiasm for creativity, but it’s interesting that when he talks about how to live well, he quotes another painter, reminding those he comes in contact with of what Winston Churchill reputedly once said:

“Success is not final, failure is not fatal: it is the courage to continue that counts.”