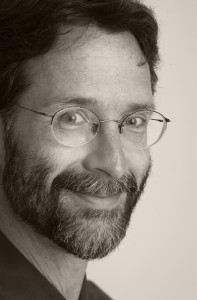 Hard to say why author Brian Doyle is such a hit with Utah readers. He’s of Irish descent, confessional, audacious in his prose and unabashedly Catholic. But here he is again making an appearance in Utah County at both the Orem Public Library (Thursday, Nov. 14 at 7pm, the finale celebration of Orem Reads) and at BYU’s English Reading Series (Friday, 12 noon, Lee Library Auditorium).

Orem librarian Eliot Wilcox admits that Doyle regularly finds an audience here, perhaps because when it comes to the personal essay, Doyle is the “best one at it. He often shows up in the ‘Best Of’ collections” published annually.

“[Doyle] is a writer in a way that’s very accessible for everyone, from all walks of life,” continues Wilcox, who helped bring Doyle to Utah as recently as 2011 for the Utah Humanities Book Festival. (The author of 12 books made an appearance that year in Salt Lake as well, at the Cathedral of the Madeleine.)

Doyle’s appeal may also be simply be that he’s willing to write about a faith  that functions in one’s life as the civilizing force. Still, Doyle is not your average Deseret Book author or Catholic apologist—he’s irreverent, daring and uninhibited. When he does a reading he can  seem incantatory, but keening alternately with jest and high emotion. For Doyle the creed and the practice of faith is always in service of, not divinity, church membership or righteousness, but what makes us human–in service and animated by the “wet engine,” to quote the title of his re-issued essay collection.  To quote the subtitle of that book, Brian Doyle is big on “exploring the mad wild miracle of the heart.”

15 Bytes caught up with Doyle via email at his home in Portland, Oregon just prior to his leaving for Utah.

15B:  Mink River was one of the most compelling books I’ve read recently. It’s also one of the quirkiest—an ensemble piece with a talking crow and a doctor who names his cigarettes after the 12 apostles and weather and landscape that seem personified.  What do you mean when you say that it was in some ways your attempt to write past the conventions of the novel as you understand them? I suspect you’ve had some mixed reactions from some readers because of that. Any comment?

BD: Made me laugh. My experience with the Mink is that people who like it love it and people who don’t like it absolutely hate it. Partly because I had never written a novel before, and had no set ideas as a writer of what a novel is supposed to be like, and am by nature an essayist and so a man delighted by being startled by what he has written, I tried to write headlong music – I tried to let the beings in the book speak and tell their stories, and not control or trammel or puppetize them – I wanted to try to goose prose toward music – to play with the liquid playfulness and sprint and swerve and ring and sing of languages American and Irish and Salish – to let the book loose, to let rivers and crows speak for themselves, to try to write so evocatively that you would smell the sea and hear the thrash of bears in the wet woods. Something like that. I have had many many people tell me they loved it but that it was hard for them to get used to in the beginning – a friend of mine calls it a hump book, a book where you have to get over a hump before it sings – you have to get used to its free sprawl. It’s NOT stream of consciousness, a form I find selfish, but it is written with much less fussing about mannered prose.

15B: While I’ve only read two of your books, the reductionist in me would call you “Brian Doyle, the Author of Lists.” You seem to use long lists of adjectives and descriptive phrases that kind of pile up like a teetering bunch of wooden blocks. Obviously “less is more” isn’t a credo you have in your writing. Your lyrical prose often makes me swoon. I won’t propose marriage to you, but I guess I do have to just say that you’ve won me over. How do you get away with what most people would call “purplish writing” or what a theater critic would call “chewing the scenery”?

BD: I am fascinated by how language can tiptoe toward sound and music – so the long lists in many of my pieces are trying to be chants, litanies, prayers, meditative attentiveness – something like that. I suppose I am a terrible hypocrite – my essays are often short and terse and blunt, but my novels appear to be sprawling sprinting things. I am riveted by the music of the American language and I like to have fun with it – I adore adjectives but detest adverbs – I think there are no adverbs at all in Mink River, he says proudly and cheerfully hahahahahaha.

15B: Your series of essays titled The Wet Engine roils around the experience of raising your son Liam who was born with a three-chambered heart. Here you have this uncanny ability to capture emotion in language. A lot of writers can’t sustain this kind of emotion in their writing—or they won’t for fear of appearing sentimental or worse. And yet, here you are in this book all parental and candid and Catholic and filled with a kind of exquisite and redeeming angst. It’s a very arresting read. What’s the secret to carrying along successfully this relentless emotion in one’s writing?

BD: Something like a frightening honesty; something like trying to write with spiritual honesty and not religious muck; something like being immensely leery of sermon and homily and conclusion and lecture and lesson and conclusion. I figure if I just tell stories, there will be a place where the reader and I can stand awed and shivering together in the story. Everyone is a story machine and a story addict. The best writing just shares stories, and the best spiritual stories are all just ferocious awed humble attentiveness to What Is. We are slathered by miracles all the time and we hardly ever admit it; and one of the most amazing miracles of all is the grace and courage with which people carry their loads and reach for other people’s loads.

15B: At the end of the book you and Liam are lying in the grass and you’re “pondering what sort of ritual sacramental ceremony might be apt now, at the end of a labor of love like this skinny book has been…” There’s a kind of modified Eucharist or communion going on between the two of you. Can you talk more about that?

BD: The most ancient of prayers is the sharing of food and drink. The Mass, of course, is a lean meal with table talk and good stories. I have always loved the Mass for its theatrical mania, its performance jones, but the deeper joy of it is far beyond any religion; to eat, to sing, to sip, to tell stories, to sit together, not dead, alive, gaping at the miracles. Thus Liam and me.

BD: Just trundled off to college, amazingly. He’s tall and lean and witty and lazy and sweet and snarling and grumpy and glorious and not dead and very wryly funny sometimes. He’s all bones and sidelong grin. He was the world’s fattest baby and now he is the world’s thinnest teenager but his grin persists. 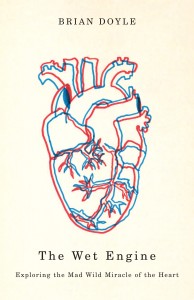 Brian Doyle is a hirsute shambling shuffling mumbling grumbling muttering muddled maundering meandering male being who edits Portland Magazine at the University of Portland, in Oregon – the best university magazine in America, according to Newsweek, and “the best spiritual magazine in the country,” according to author Annie Dillard, clearly a woman of surpassing taste and discernment.

Doyle is the author of twelve books: five collections of essays, two nonfiction books (The Grail, about a year in an Oregon vineyard, and The Wet Engine, about the “muddles & musics of the heart”), two collections of “proems,” most recently Thirsty for the Joy: Australian & American Voices (published in Australia), and the sprawling novel Mink River (Oregon State University Press). A collection of essays (Grace Notes) and of short fiction (Bin Laden’s Bald Spot & Other Stories).

Doyle’s books have four times been finalists for the Oregon Book Award, and his essays have appeared in The Atlantic Monthly, Harper’s, Orion, The American Scholar, and in newspapers and magazines around the world. His essays have also been reprinted in the annual Best American Essays, Best American Science & Nature Writing, and Best American Spiritual Writing anthologies. Among various honors for his work is a Catholic Book Award, two Pushcart Prizes, and, mysteriously, a 2008 Award in Literature from the American Academy of Arts and Letters, this last particularly amazing because previous recipients include Saul Bellow, Kurt Vonnegut, Flannery O’Connor, and Mary Oliver, and wouldn’t that be a great dinner table, you know?

His greatest accomplishments are that a riveting woman said yup when he mumbled a marriage proposal, that the Coherent Mercy then sent them three lanky snotty sneery testy sweet brilliant nutty muttering children in skin boats from the sea of the stars, and that he once made the all-star team in a Boston men’s basketball league that was a really tough league, guys drove the lane in that league they lost fingers, man, one time a guy drove to the basket and got hit so hard his right arm fell off but he was lefty and hit both free throws, so there you go.