For me the connection between my desire to honor what I believe to be true, which is for women to raise children in a stable family environment and yet somehow survive in today’s economy without working full time is a real issue. I portray women who fall on both sides of this issue. Some have a career and choose to give it up in order to spend more time raising a family, while others choose not have children in order to pursue career aspirations. They may even substitute pets for children, while planning on maybe having children in their late thirties or early forties.

But many women today don’t have the luxury of making that choice. Some, who at first only want a career, later realize that they desire to be a mother. They then are unable to make that choice because of massive student loan debt and a dual-income mortgage and fear of taking risks in today’s desperate economic conditions. There is a general idea that many women are dissatisfied with their role of mother or do not want to be one at all. This may have held true in a previous time when motherhood was the only option available, but after all the work it took to gain equal rights in the work force today, there is a growing number that are dissatisfied by the lost opportunity of motherhood, as well.

These paintings depict women in cold, planned out environments and illustrate how different social institutions dictate our behaviors. They show idealized perfection and reference stale commissioned portraiture as well as the “ideal woman” from illustration of the 1950’s. 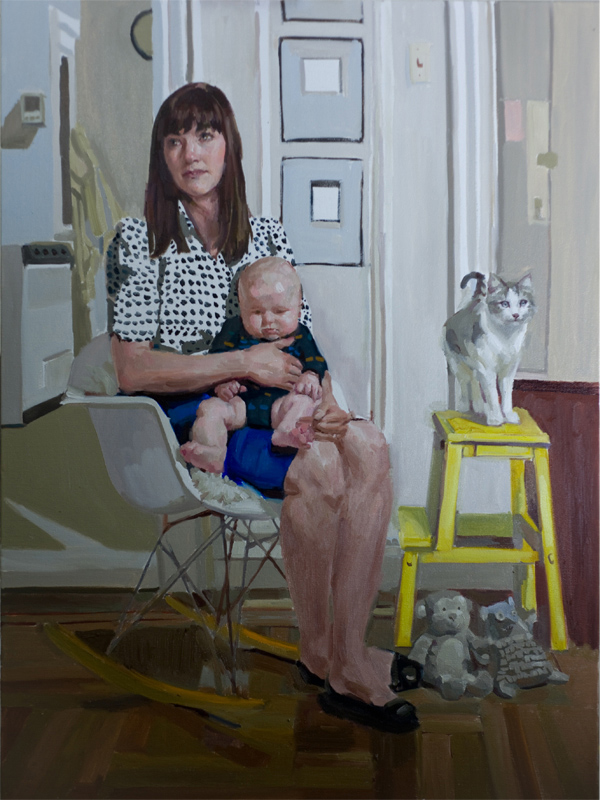 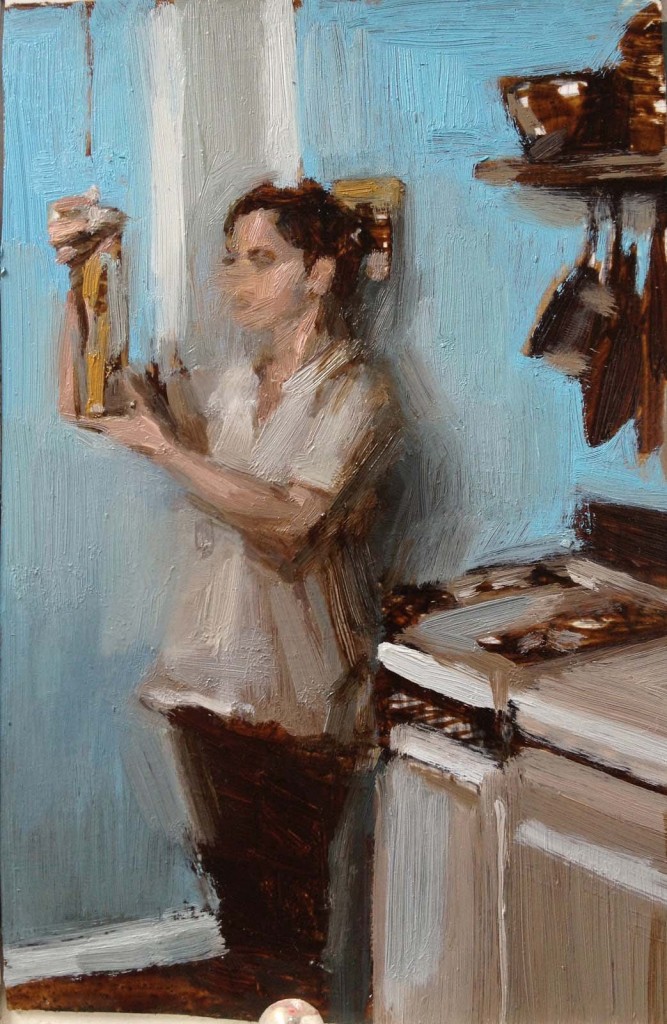 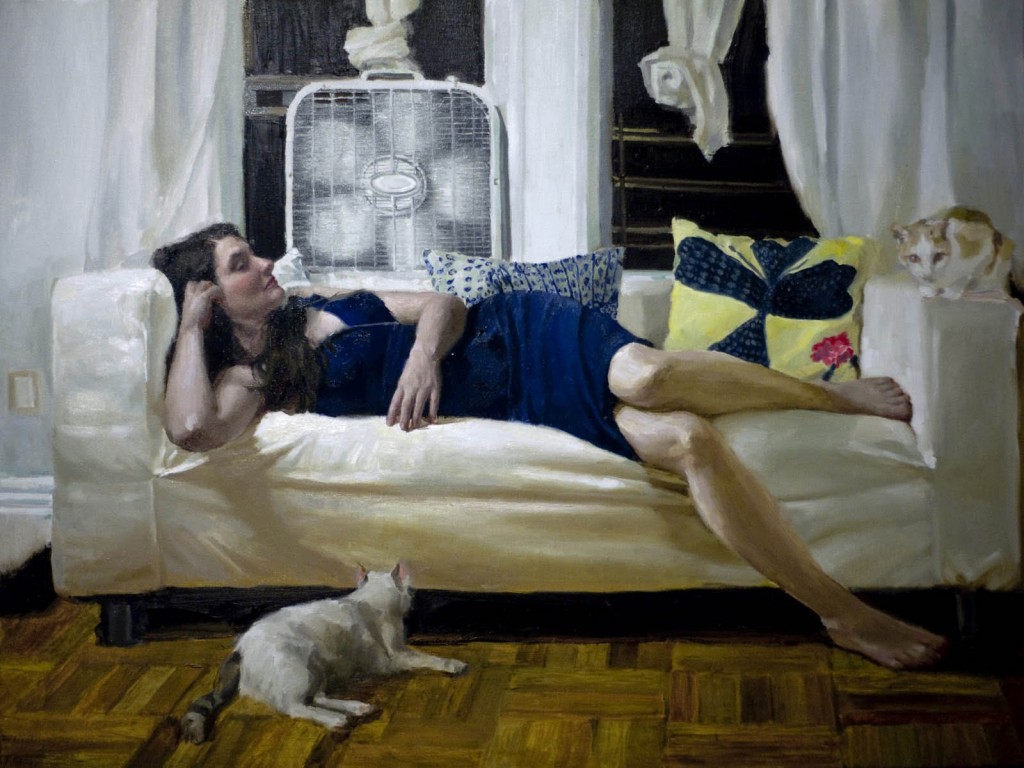 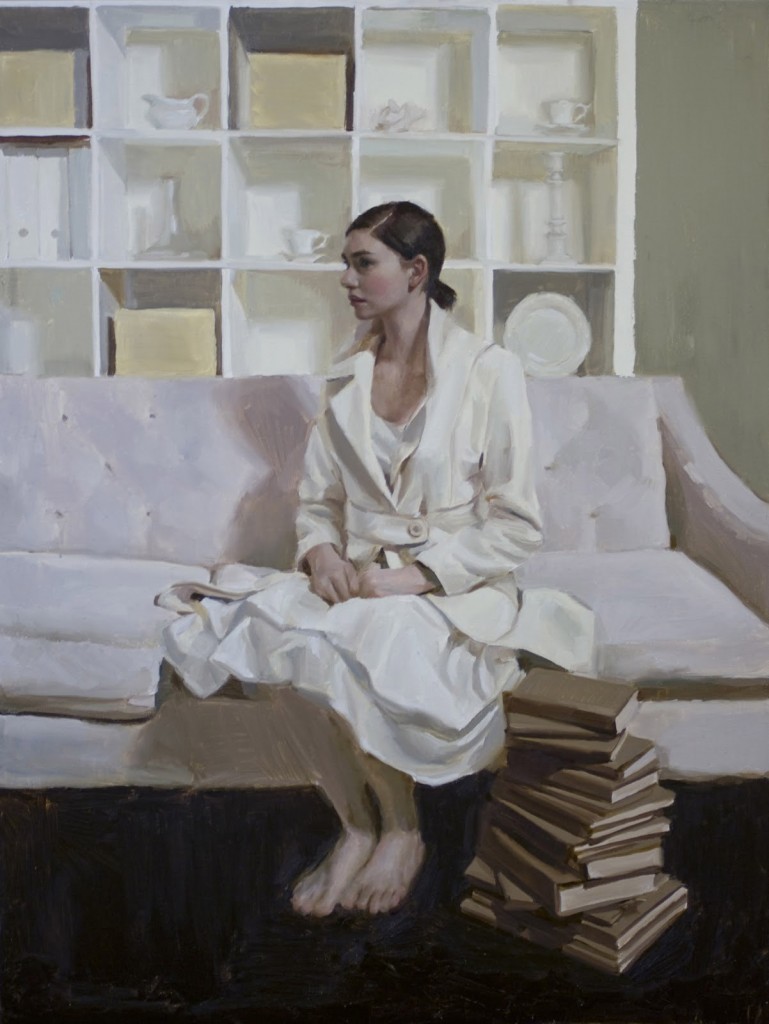 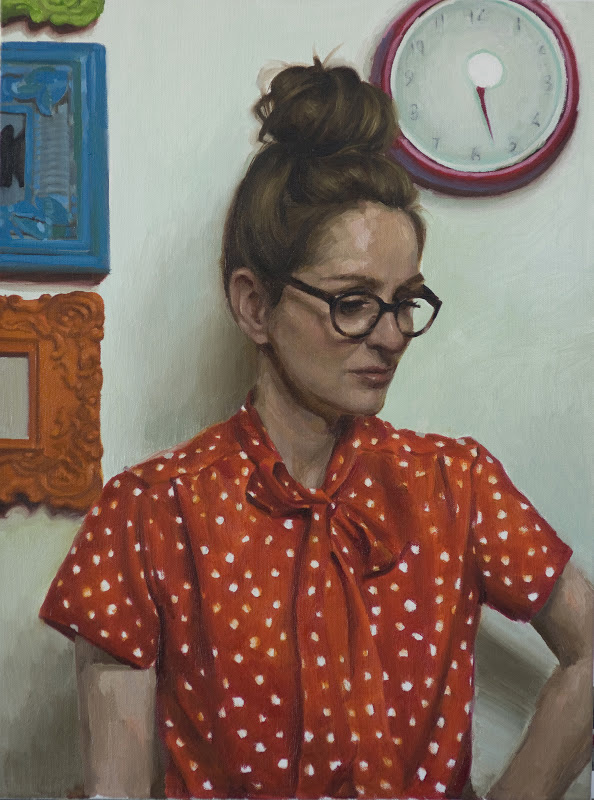