The finalists were determined by 15 Bytes’ staff and guest judges based on the overall conception of the book and the quality of the writing. 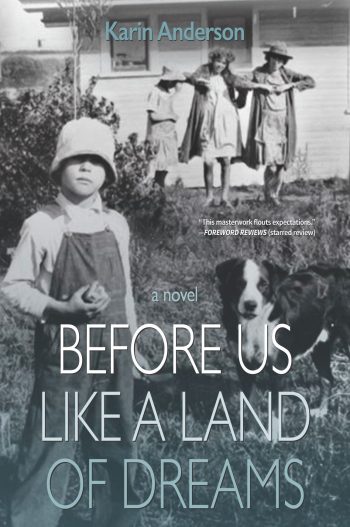 Before Us Like a Land of Dreams, Karin Anderson, Torrey House Press

With her lyrical novel Before Us Like a Land of Dreams, Karin Anderson explores the hinterlands between nonfiction and fiction, lacing together a generational imagining of place and time and family that dodges the typical trappings of historical storytelling. In the wide crushing spaces of the western desert and mountains settled by Mormons, the rich genealogy of one woman’s past is told by living ghosts who wrestle with their own needs and sacrifices, with hardships and faith. Anderson gives voice to ancestors to tell their own truths, their own stories: a mother’s trek across ocean and then America with a sickly boy clinging to her back; that boy starved by a stepfather who sends him out to watch over cattle in danger of being stolen by hungry Shoshones; a wife with a cork leg; a “stereoscopist” from Squirrel, Idaho, who falls for a cross-dressing friend; a palm reader; a queer man and his hoarding father. And many more who Anderson, in looking back to dwell with her lineage in these stories that may be or may not be fact, claims her beautiful thorny heritage with the pure assertion that “the people who made us walk around in the people we are.”

Karin Anderson is a gardener, writer, mother, wanderer, heretic, and English professor. She hails from the Great Basin of Utah. 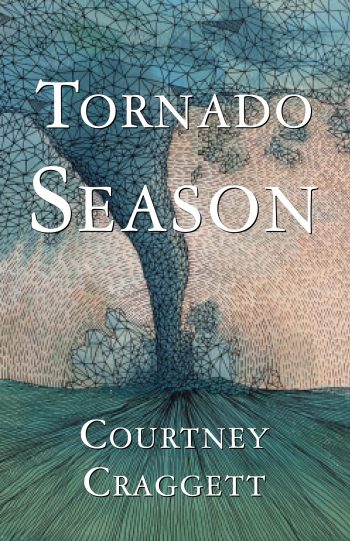 Tornado Season, the debut fiction collection from Weber State University professor Courtney Craggett, brings together 15 disparate pieces from the award-winning writer. These stories of longing, desperation, trauma and love range from the mythical to the concrete and break forth in an elemental world of mysterious seas, dwindling rivers, revelatory volcanoes and distastrous tornadoes. Whether Craggett is revealing her vision in short, surreal flashes, or in the sober, longer narrative of the title piece, she writes with precision, insight and warmth. Life along the U.S./Mexico border, organ donation, and the failings of the foster care system all appear in Craggett’s stories, but these are backdrops for universal stories of ill-equipped adults and vulnerable children making their way through inhospitable circumstances, of families broken, blended and, sometimes, mended.

Courtney Craggett holds a PhD in English with specializations in creative writing and multi-ethnic American literature from the University of North Texas. She lives in Ogden, Utah, where she teaches at Weber State University. 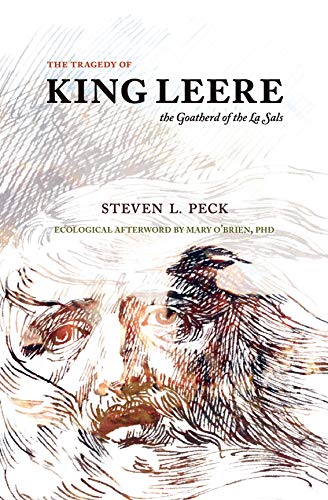 The La Sal Mountain Range near Moab is the setting for this futuristic re-telling of Shakespeare’s The Tragedy of King Lear in which family disputes over the wholesale destruction of the land through the patriarch’s fixation on raising imported goat herds is backlit by the cult of technical proficiency in a world gone terribly wrong. Here the author, an evolutionary biologist by profession, merges science and technology with religion and the cosmic. The reader’s guide of this propulsive and highly imaginative outing — complete with dramatis personae, acts and scenes and the eponymous character regularly breaking into blank verse — is an erudite daemon cast out of heaven to roam the earth. He regularly does a meta-analysis of his own narration but keeps the ominous — though at times weirdly light-hearted and quirky — tale of a degraded and overly surveilled world succumbing to greed and combat  infinitely readable. The beating heart of this lyrical tale, however, is still present in the estranged daughter of the King who loves The La Sals, and arguably even her father, but must front her moral view of an earth that needs saving, an earth largely denuded of its indigenous fauna and flora, especially the groves of subcutaneously connected quaking aspens which collectively become a talisman (along with the genetically-modified porcupines). In the end, despite the high-tech fused with the religious and the cosmic narration, it is evolution that is the great unmoved mover, a corrective that is arguably much-needed in our current state of malaise.

Steven L. Peck is a professor of evolutionary biology at Brigham Young University as well as a blogger, poet and novelist. He grew up in Moab and lives in Pleasant Grove.