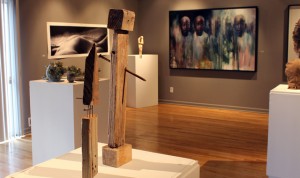 Five Cash Awards will be presented as part of the 35×35 Exhibition:

An Artists of Utah Board of Directors Award

A People’s Choice Award (voted on by gallery patrons during the 35X35 exhibition).

As part of the exhibition accepted artists will be invited to participate in a video documentary. The artists will be interviewed describing their work and methods. A feature-length film combining these interviews will screen during the Awards Reception on April 19 and be available online at 15bytes.com. In addition, individual artist interviews will be provided to the artists and used in our publications as occasion permits. You can watch some excerpts here.

Board of Directors Award
Matthew Allred

And the big award, after over 300 ballots were cast, for the People’s Choice Award
Addie Ryder

Check out the artists here.

“From post-apocalyptic worlds to tales of hunting with wolves, a new generation of emerging artists has a story to tell.
But the plotline is as varied as the artists themselves, said Artists of Utah founder Shawn Rossiter, who created a vehicle for these rising local artists to showcase their personal narratives with the “35×35″ squared show at Finch Lane Gallery in Salt Lake City…”