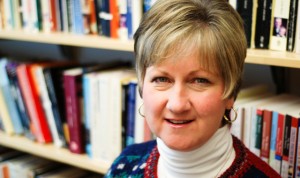 READ LOCAL First is your glimpse into the working minds and hearts of Utah’s literary writers. Each first Sunday of the month, 15 Bytes offers works-in-progress and / or recently published work by some of the state’s most celebrated and promising writers of fiction, poetry, literary non-fiction and memoir.

Today, 15 Bytes features poet Susan Elizabeth Howe who provides here four poems, the first from her most recently published collection Salt (Signature Books) and three that are new and unpublished.

Sunday Blog Read continues to collect a distinguished group of established and emerging Utah writers for your review and enjoyment. So curl up with your favorite cup of joe and enjoy the work of Susan Elizabeth Howe!

The Law of Salt

into the seas during the six days

He worked on the world.

This was the beginning of salt.

and so salt sang through oceans,

seeped into rock, gathered itself

into veins in the body

This formed the patience of salt.

into the earth seeking it,

their first descent a tunnel

through darkness and dripping water

that bled into an underground lake.

They brought down a boat

to float themselves and one flickering

torch across the surface, part savor,

This led to the harvest of salt.

More valuable than gold, it could preserve,

Strips of flesh cured in salt.

In the retreat of a landlocked

into a saturated brine

in which a body cannot sink.

This gathered the powers of salt.

A hard, slick pan left by that sea

spreads for days into the west.

A burning skin of salt.

The wild mare and her foal

skittering across the flats will be found

on their sides, tongues out, hide

And yet the sprinkled tomato, blood

in our bodies, the taste

of sex, all remnants of God.

We eat death as we eat salt.

To celebrate your marriage,

across the shining river

of your new life.  Swans already

exhausted by the journey

stars and planets call them to,

the sun and seasons, rest

and feed before their next flight.

where black bears drink at night,

so clear that rainbow trout glint

in the eddies, water sparkles

from the surface to the depths,

pools give back each unique sky.

Won’t you carry us with you

through banks of chokecherries,

over cataracts and around

feed in and the river widens

into the future, nourishing

the valley’s fields and orchards,

each town and village in its path?

–for Rachael and Nick

I’m here for the deluxe package—full-body

face and hair later, after my kale smoothie.

What languor in the foot bath, languor,

through dense vegetation into the Old South,

mint juleps on the verandah; women

rubbing up their gold lace with soda,

their faces in lemon juice, smoothing

their hair with lard and bear fat pomade

in the hot, moist summer, basting themselves

inside hoop skirts starched and frilled

so Scarlett comes back with me

to hang around the Salon and Day Spa

thrilled to get out of those skirts,

to wait her turn at the wash basin,

even an exclusive bird-poop facial.

“Let there be sought for my lord the king

to sleep with that senile king

I chose what I could malachite

they chose the thin robe open

below my waist took me

I lay as if with mist

as if with flax soaking how can I say

his body less than the skin of a weak

sheep in a year I’d survived

for the rest of my life I swam

in the nine emerald pools

composed for the flute and the lyre

task the elders forced me to 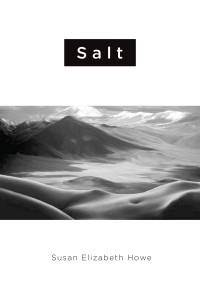 Susan Elizabeth Howe was born and raised in Utah and feels deeply attached to its people and landscapes.  One of her enthusiasms has been to see Utah represented with depth and clarity in contemporary literature.  She currently lives in three different parts of the state: Ephraim, where she and her husband Cless Young share a family home; Utah Valley, where she teaches; and Grover, in Wayne County, near Capitol Reef National Park. Her second poetry collection, Salt, was published by Signature Books in 2013. [Read reviews here and here.] She co-edited the collection Discoveries: Two Centuries of Poems by Mormon Women.  Her first collection, Stone Spirits, won the publication award of the Redd Center for Western Studies.  Her poems have appeared in Poetry, The New Yorker, Shenandoah, Southwest Review, and other journals. She holds a Ph.D. from the University of Denver and an M.A. from the University of Utah.  She is a reviewer and contributing editor of Tar River Poetry, and a member of the arts and sciences editorial board of BYU Studies. In the past she has served as poetry editor of Dialogue: A Journal of Mormon Thought; poetry editor of Literature and Belief; managing editor of the Denver Quarterly; and the editor of Exponent II.  She is on the English Department faculty of Brigham Young University.