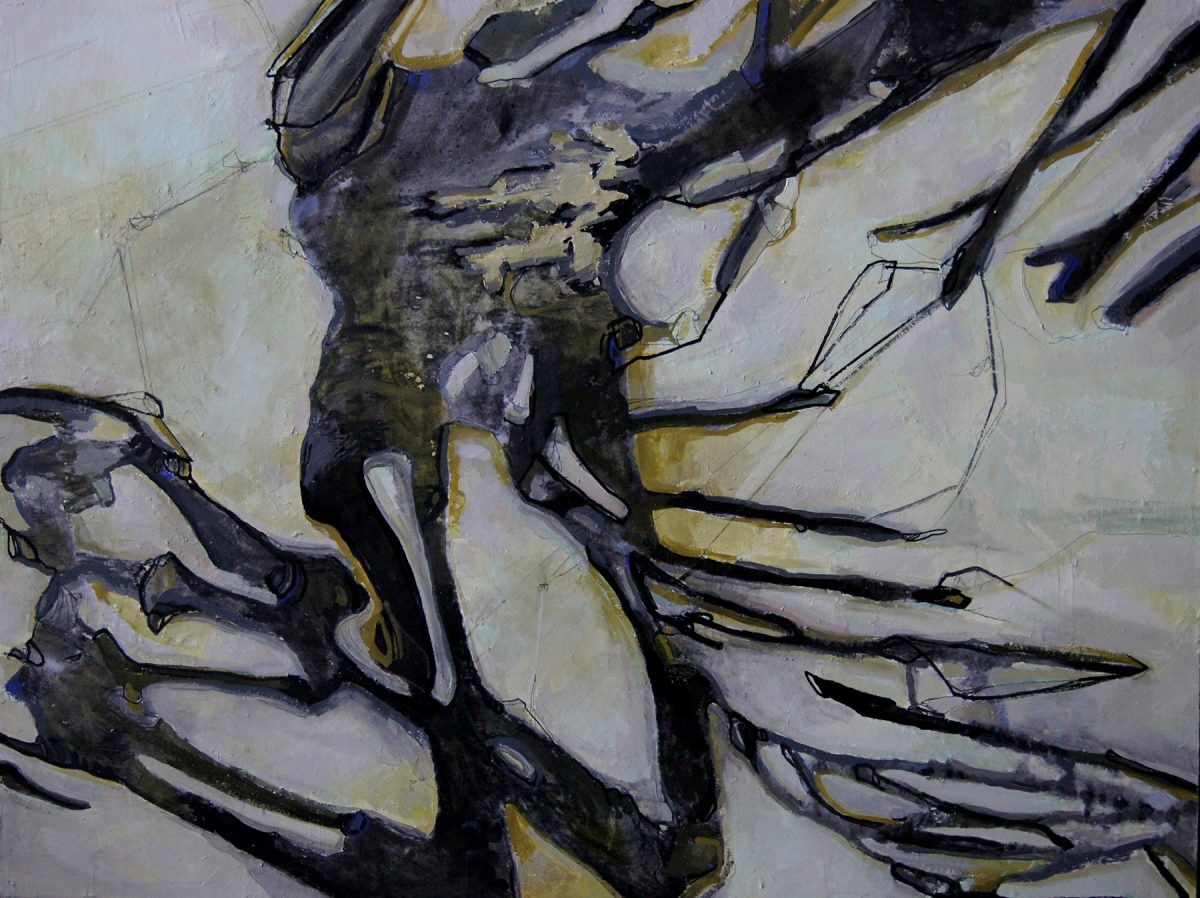 The sister fields of archaeology and paleontology share the near-impossible aim of putting eons of earth’s time into human perspective. The movement and scale of time are notoriously difficult for people to understand, but facing the physical remnants of plants, animals, and early humans brings millions of years into a more relatable focus. Laura Hope Mason’s mixed-media paintings in her solo show Extinct respond to forms and textures in fossils, stone, and artifacts found at the Natural History Museum of Utah. The title of the show and its description focus on impermanence and destruction, but the works within it also convey the perpetuity of natural processes. The show lets the audience wonder whether these paintings show dinosaur, human, or even modern animal remains. Each viewer can develop their own theories about whether these are the bones of a shrew or an Allosaurus, the veins of a leaf or canyons viewed from above. This ambiguity removes any morbidity and leaves an open field for viewers’ imaginations. Mason’s work shows the fragmentary way we perceive and understand the large scale of time and our fleeting existence within it, as well as the material harmony of all things that eventually reunite in the earth.

The compositions in Extinct play with scale and focus in ways that coax viewers into closer inspection and are reminiscent of gridded field sites. Each of the paintings has an indeterminate scale: “Remains” or “Layers” could be images in a microscope or views from a satellite, abstract shapes and lines belonging to nature at a macro or micro level. The cropping of the images also adds to this ambiguous scale. The show has series of smaller pieces arranged in larger grids: they relate to each other in a fractal way and reflect how archaeologists and paleontologists map the spaces they study.

Although organic shapes are consistent across many pieces in the show, they suggest a variety of objects. Several pencil lines or painted shadows suggest pelvic bones or vertebrae more directly than a Rorschach test. The black outlines in “Remains” are highlighted by piercing blue and yellow-green marks, emphasizing a ribcage-like subject. The compositions’ often-muted color palette and varied, textured surface give no clues as to whether these remains have been freshly-exhumed or untouched in the Earth for millions of years. Just as the compositional and subject scale is indeterminate, so is the temporal. This ambiguity of what and when we’re looking makes the bones less a reminder of death than one of the exciting, changing history of life on the planet.

To be human is to relate to the environment and history in an anthropological way. The title Extinct leaves ambiguous where human activity is in relation to the subjects of the works. Do these images show the aftermath of natural disasters in the past or do they say something about current destruction in the modern world? The titles “Quarry” and “Mining” suggest human intervention in the abstract landscapes. “Mining” is the painting most suggestive of a fleeting moment in time: bright cadmium marks look like flares or magma that threaten to burn out at any second. “Quarry” looks like an aerial map of a deep depression with its thick, dark paint. These two works suggest human activity and appear to depict the brief rather than the timeless and slow workings of the natural world. When thinking about the millions of years on the geological time scale, the human impact is relatively insignificant and fleeting, but the aftermath of humanmade industries can mimic natural disasters nevertheless.

Although the title of the show speaks of the finality of death, the paintings’ balanced use of color, form, and unique textures speak to the constancy of nature, and are well-crafted and harmonious. Mason’s take on fossilized fragments and processes in the landscape remind us that living is transient but that the imprints of past life calcify into material unity, which help us think about the long history of the world. 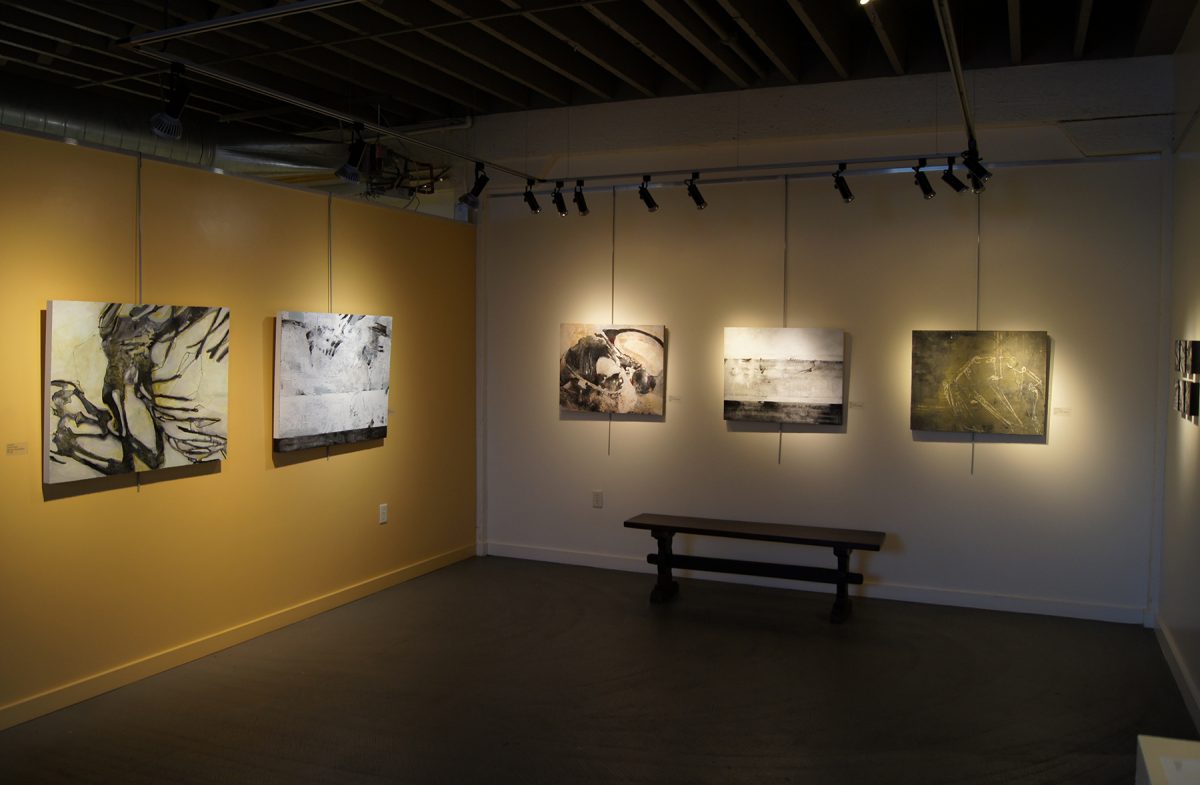