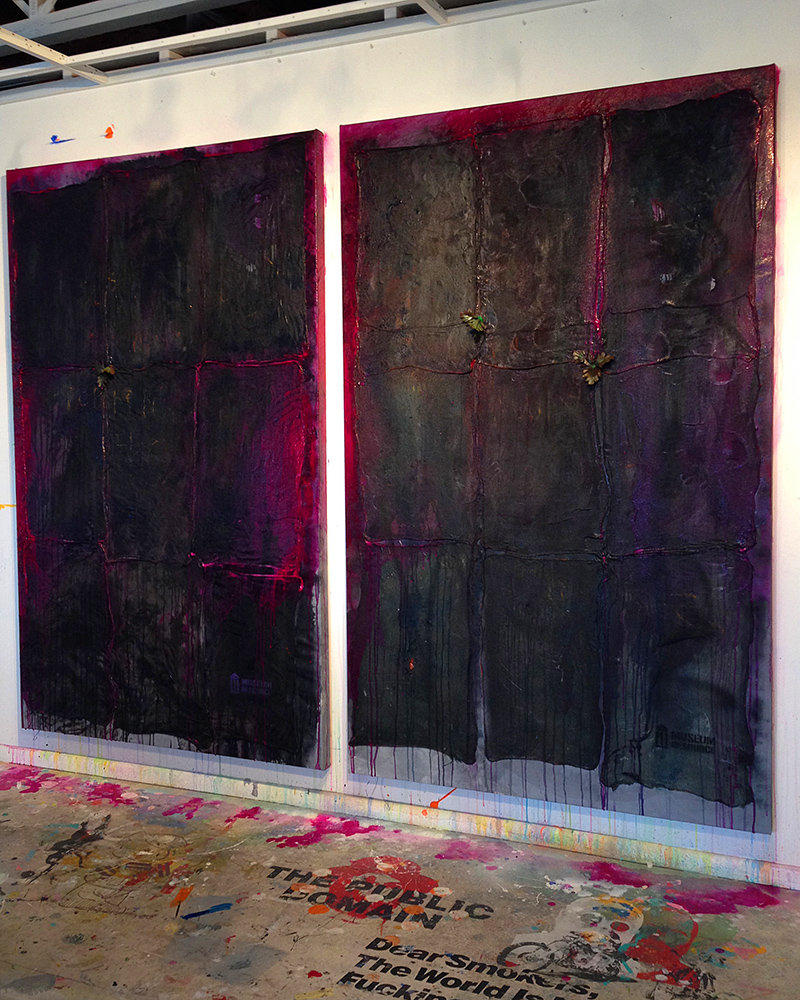 “i am currently returning to painting after a 2 year exploration of various other mediums, mainly the vinyl text based & neon works on museum boards. it was a bit of rough return & i ended up making a monumental mess of several canvases. at some point i realized that i was trying to replicate what i had done in past, assuming that i would still be the same artist after 2 years away from painting. once i came to that realization, i understood that i needed to let go of those expectations and embrace the idea of change & possibility, that i may very well be a different painter/artist, or at the very least have a different vision. things started coming together pretty quickly after that & i’m really enjoying the trip down the rabbit hole with these 2 new paintings. it’s hard to say where they’re headed, they’re quite different from anything i’ve done before. there are a multitude of images & ideas coming at me all the time & i feel confident that i will steer the paintings toward some of the hallmarks that have become signifiers of my work (mainly images that reflect our culture, pulled from social media sights, news media etc… marking the times in which the work was created). i have some reservations about showing these works at this stage, not wanting to derail the dialog i have been curating the past decade through my work. being a multidisciplinary artist is an interesting & challenging endeavor. each discipline takes you down vastly divergent paths, but they ultimately inform one another in positive ways.”