Welcome to the Radical Middle: Belonging and Identity in Melissa Leilani Larson’s Theatre 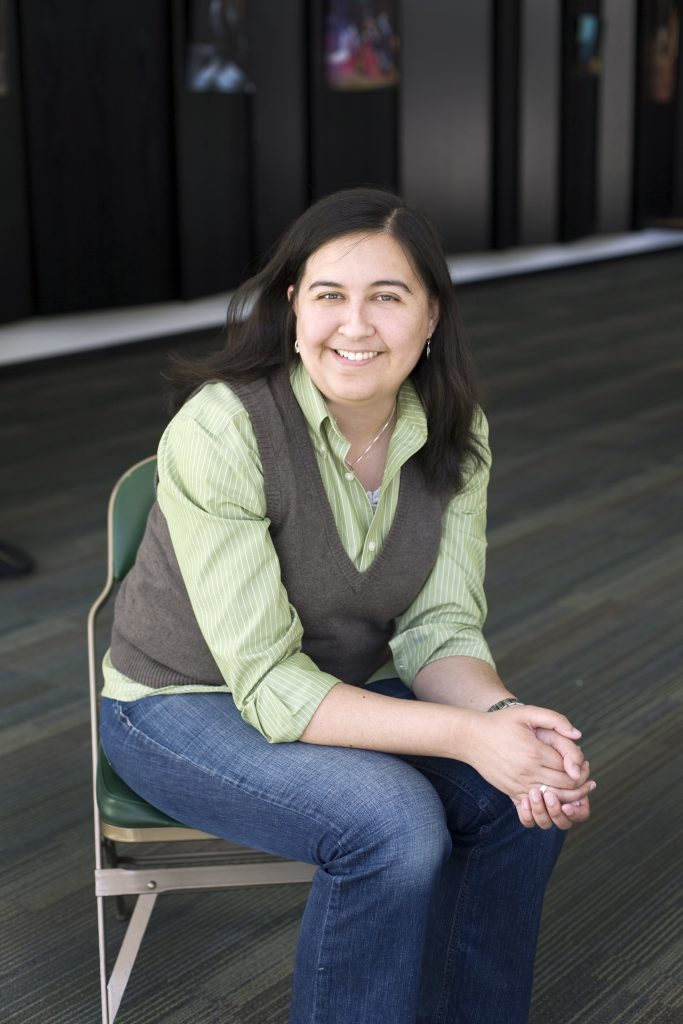 Melissa Leilani Larson’s new play Mestiza, or Mixed is a work that brings together all of the complicated facets of Larson as a person refracted through her characteristically arresting turns of phrase. It tells the story of Lark, a queer, Asian American filmmaker seeking her big break and seeking her father, who has been lost to the vagaries of the American immigration system.

Mestiza is not autobiographical– Lark’s intersecting identities are not the same as Larson’s– but it draws deeply upon questions the playwright has been asking as long as I’ve known her. Larson has long been known for her outstanding adaptations and experiments with bulwarks of the Western canon, such as an outstanding Jane Austen adaptation for the stage and a hilarious Wilde update Gin Mummy, and these artistic interests have led her to wonder in the past if she was Asian American enough in her writing and what that would even mean. Lark asks these same questions about herself and her films. If you are a BIPOC artist, do you have to write about BIPOC experiences explicitly or are your works intrinsically shaped by those identities and how is that complicated if you – and your art – can pass as white to audiences?

Larson admits  that in Utah she has struggled to feel that she belongs and has had complicated experiences as a Filipina American. For example, nearly everyone assumes she is Hawaiian. This is actually an experience we share, as Americans perceive my last name (which is Hungarian) as Hawaiian, but for me this is merely annoying where for Larson it is an erasure of important cultural facets of herself.

“People typically assume I’m Hawaiian because of my middle name. My complexion is brown, I used to live in Hawai’i, and my parents gave me a Hawaiian middle name. It makes sense to them that I’m Hawaiian, and it’s satisfying to them, I think. When I correct them or answer that I’m half-Filipino, I can almost feel their disappointment. They wanted me to be the thing they assumed, I guess because they wanted to be right.”

The idea that she is not “right” about her identity or experiences is one Larson has continually dealt with in Utah – she tells an anecdote of the most uncomfortable conversation she has had about race: “I worked on a film a few years ago. The opening Friday, the director, cinematographer and I went to a random screening to hear the audience response. After the film, I said hi to a friend who was seeing the film with a group. A white woman in the group said the film’s treatment of race was problematic (the film is about the friendship between a Black woman and a white woman). I had worked very closely with Black women on the project and I was naturally disappointed by her take. Which is fine; she didn’t like it, that happens. The conversation shifted to the fact that I identified as a person of color, specifically as an Asian. This woman laughed. She laughed. She told me that Asians were not oppressed. I didn’t know what to say. I was numb. The circle of strangers around me was awkwardly silent. I went into the lobby and cried in frustration. I didn’t know how to talk to this woman about my race, or my work. Looking back, I’m guessing she considers herself an ally. But to whom?”

This is reflected in Mestiza, where Lark’s mixed family is constantly caught in a liminal state. They are Asian enough that her brother Eddie’s bakery is vandalized with racial slurs, but when Lark gets the opportunity to pitch a movie to a fancy director, Jaime de la Cruz, himself Filipino, he tells her she is “not Pinoy”— not Filipina enough to him to speak to the culture. It is an impossible bind. 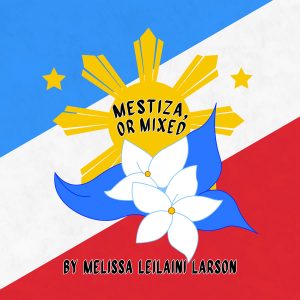 Lark – like all of Larson’s women characters and like Larson herself – is a rich collection of individual experiences and loves and her individuality means never quite feeling at home in most any setting. Larson is a Filipina American, a Utahn, a lover of fountain pens, puzzles, and cheeseburgers, a member of the LDS church, and a person who, in my experience, sees the world with radical empathy through a lens of poetry. She makes, through her writing, spaces for those who are misunderstood, who need to be seen, who need to be heard, who also need a home and in writing these worlds into being she makes theatre for the rest of us who don’t quite fit.

Jennifer A. Kokai is a playwright who currently lives in Ogden, Utah where she teaches at Weber State University. Her plays have been produced by Riverside: The National Theatre of Parramatta, Plan-B, Montana Rep, THML Theatre, Theatre Synesthesia, Wasatch Theatre Company, Building Better People Productions, Off-Key Anthem Collective (reading), and a variety of educational institutions. She was included in the Lark Play Development Center’s 2014 Playwrights Week. She has been a semi-finalist with the O’Neill, Bay Area Playwrights’ Festival, B-Street Theatre, and Seven Devils. She is a member of the Plan-B Theatre Company Playwrights Lab and the Dramatist’s Guild.