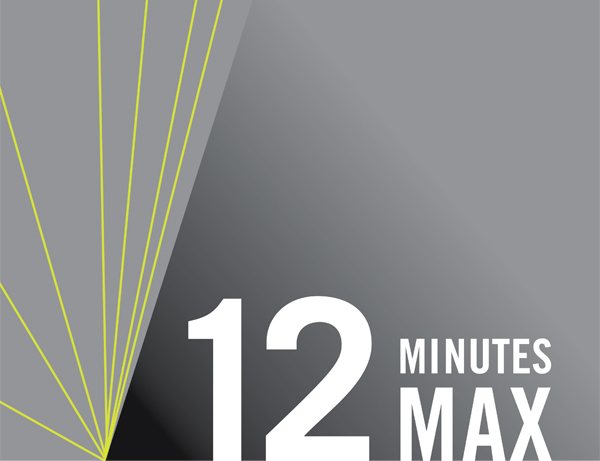 This Sunday, 12 Minutes Max returns to Salt Lake City. The March 23rd event at the Main Library will feature a film by Danielle Short, a reading from Mary Windsor and a music/video work by Luke Williams and Jan Voitechovich.

The program is based on 12 Minutes Max at On the Boards in Seattle, Washington. It was first brought to Utah in 2012, when Gretchen Reynolds, Alexandra Karl and Kristina Lenzi began the monthly performances at their Dunce School for the Arts at Rockwood Studios.

Reynolds’ husband Paul Reynolds, an artist, curator and librarian, has reignited the program at the downtown library. “12 Minutes Max is a monthly showcase of short works and works-in-progress by local artists in many disciplines: music, dance, writing, film, theater, performance art and the like,” Reynolds says. Each artist has 12 minutes or less to present their work.

“Each event will be short and sweet,” says Reynolds, usually consisting of three different pieces.  After each month’s performances, coffee and cookies will be served. 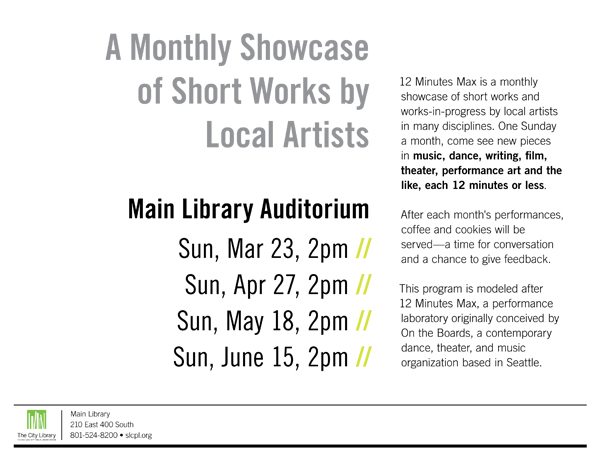