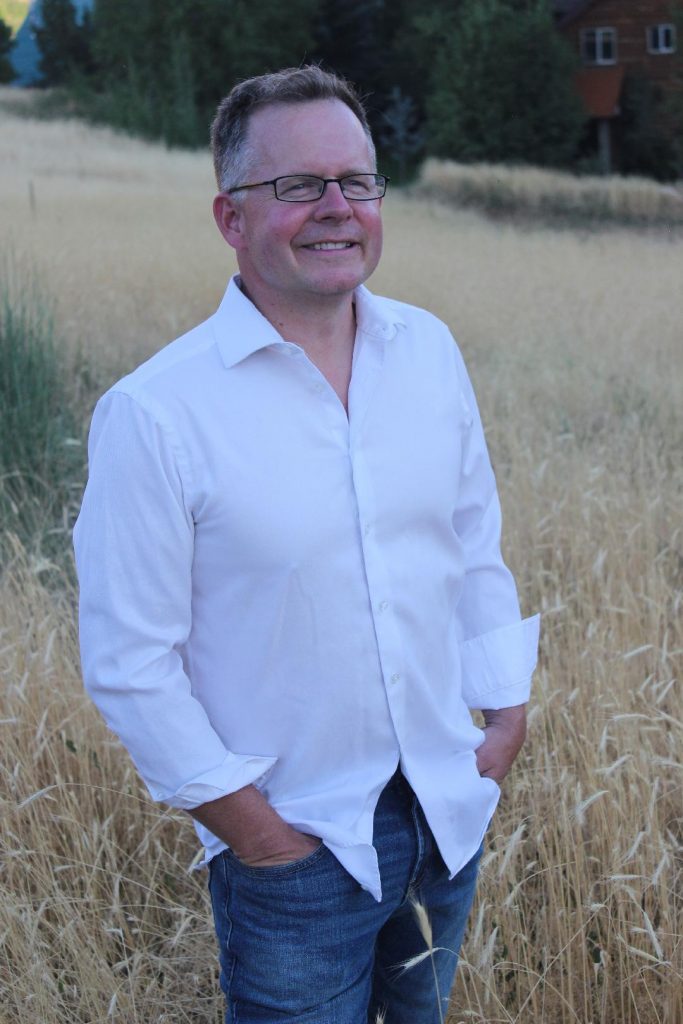 When you think of “Mormon music” what typically comes to mind? A world-renowned chorus of 360 middle-aged balding and white-haired members? Traditional hymns sung at a slightly-slower-than-comfortable pace in chapels punctuated by the cries of children below the “age of accountability”? Or maybe even songs about popcorn growing on trees or a construction tutorial for wise and foolish men? Whatever your preconceived notions about Latter-day Saint music may be, the recent performance and subsequent album release of The Unknown Galaxy: A Century of Classical Mormon Music by Scott Holden delightfully defies all expectations.

Holden has always been a stalwart advocate of contemporary music; frequently he performs new music on his recital programs and his Brigham Young University students would tell you that they have no hope of escaping with a degree until they perform at least one work from a living composer. “I always try to choose things that aren’t known,” the pianist says. Well, he tries and succeeds. Prior to his most recent project, he released a CD featuring the work of Vernon Duke and has premiered numerous works, including William Wallace’s Concerto No. 2 for piano, which he performed with the Utah Symphony under Keith Lockhart. He is widely praised—locally and on the world stage—for his effortless and acrobatic technique as well as his finesse for personal interpretation.

As a proponent of contemporary music as well as a member of the LDS Church, Holden was an obvious choice for a program featuring modern music by Latter-day Saint composers. Holden was initially approached by Glen Nelson, director of the Mormon Artists Group, to perform a program at Carnegie Hall in June of works written exclusively by Mormon composers. He immediately set to work by sending an open request to the BYU librarians and accepting new submissions from over 70 different living composers from around the globe. After sifting through a stack of music roughly 3 feet tall, the pianist arrived at an eclectic program that he felt would reflect the diversity of approaches and musical styles among composers of the LDS faith and have a place on the world stage. “I wanted to play music that both showed off the piano, and spoke to me,” Holden says. “I chose the music because I liked the music.”

As a professional pianist, Holden has spent the last year undertaking a variety of intense musical projects, including an internationally featured performance of Rachmaninoff’s treacherous Études-Tableaux. His recent shift to what may seem to be music of “lesser” importance speaks to the high quality of composition that can actually be found in the works of 20th- and 21st-century composers who happen to be Mormon. When asked about the potential similarities from composition to composition, Holden says, “They’re common in that they’re uncommon.” It seems the only thing tying the music together is its contrast from one piece to the next. This is refreshingly unexpected; instead of music characterized by its direct modulations from verse to verse or even works that attempt to imitate the sophistication of the avant-garde, each work exemplifies a broad spectrum and variety of isms of the 20th century and beyond. Each selected work is informed by a strong understanding of music history as well as a personalized approach to new music. For Holden, the program can be interpreted as a metaphor for each individual bringing their own spirituality and background to their faith, something he celebrates as a person and as a pianist.

While there is certainly something for everyone on the program, three pieces capture the spirit of what Holden and others affiliated with the Mormon Arts Center are trying to accomplish. “Musings on Chopin,” a piece by David Sargent (b. 1941) originally commissioned for the 150th anniversary of Chopin’s death, stands out in particular. It is a masterful homage to the great Romantic composer, demonstrating an exceptional knowledge of 19th-century compositional technique and a keen adaptation of 20th-century style. Many consider Chopin to be the first fully chromatic composer, an attribution that Sargent honors with his own chromatic sonorities. With this in mind, the composer is able to re-create what period listeners may have experienced upon first hearing a work of Chopin. Sargent further credits his predecessor by interweaving traces of the nocturne, waltz, polonaise, mazurka, and even allusions to the grandeur of the ballade throughout the piece. Clever contrapuntal ornamentations in melodic lines and broken chord variations in the accompaniment are just a few of the distinctly Chopinesque features interlaced between the intermittent themes of 20th-century tonality. Paradoxically such juxtapositions work seamlessly together to create unity between the otherwise disparate sections of the music. Holden’s understanding of both compositional approaches results in a convincing performance of this artful update of 19th-century idioms.

While Sargent’s work is both paying tribute and pushing back on Western definitions of chromaticism, the selection “Silence Compris” by Leilei Tian (b. 1971) is arguably the most radical of the compositions. As a Chinese woman living in France, Tian is perhaps the most cosmopolitan on the program. The piece, completed in 2012, is written for prepared piano—a practice usually attributed to John Cage. It extends the timbres and techniques beyond the conventional uses of the keyboard: objects are placed between the strings, the lid is completely removed, and the piano becomes percussive. Tian’s title suggests that the piece is about coming to an understanding of the meaning of silence. The association of this concept with deep meditation is likely related to Eastern philosophy, rather than Mormonism, but further supports Holden’s initial aim to allow individuals to bring their own personal understanding of spirituality to their religious practice. Tian’s extended techniques provide us a new way to access the sublime.

Also unique to Holden’s program is the world premiere of a work by Lansing McLoskey (b. 1964). “Suite hypnagogique” comprises five movements, which is fairly typical of the genre. However, what is not typical is the composer’s instructions to perform all five movements at the same time. While the score utilizes standard musical notation, McLoskey also welcomes the element of chance through his inclusion of improvisational instructions resulting in a composition that is never played the same way twice. In this way he invites the performer to become a spontaneous and vital part of the creative process. The sense of timelessness achieved through the simultaneity of moving parts is innovative and worthy of consideration, regardless of the composer’s religious affiliation. However, this could arguably be the most “Mormon” piece on the program because of its attempt to capture an eternal present, reflecting an LDS conception of time. Whether this was the direct intention of the composer or not, listeners are likely to lean toward a religious interpretation simply because of the program heading.

While it is potentially problematic to organize a series of work based on a commonality of faith, it is an admirable place to start. Holden hopes to be able to continue to perform some of the works on the program side by side with traditional composers in future venues. After all, these works really are like an unknown galaxy. “There is a belief that God has created other worlds,” says Holden, “and this constellation of musical selections is a representation of bringing to light the things we don’t think of when we hear Mormon music.” So, if the only thing that these pieces have in common is that they have nothing in common, then what makes this music distinctly LDS? Holden’s answer: “You can’t pigeonhole God into only liking certain sounds.” This seems to be his primary motivation for bringing these works out of obscurity: “It doesn’t matter if it’s LDS or not. It’s just good music.” 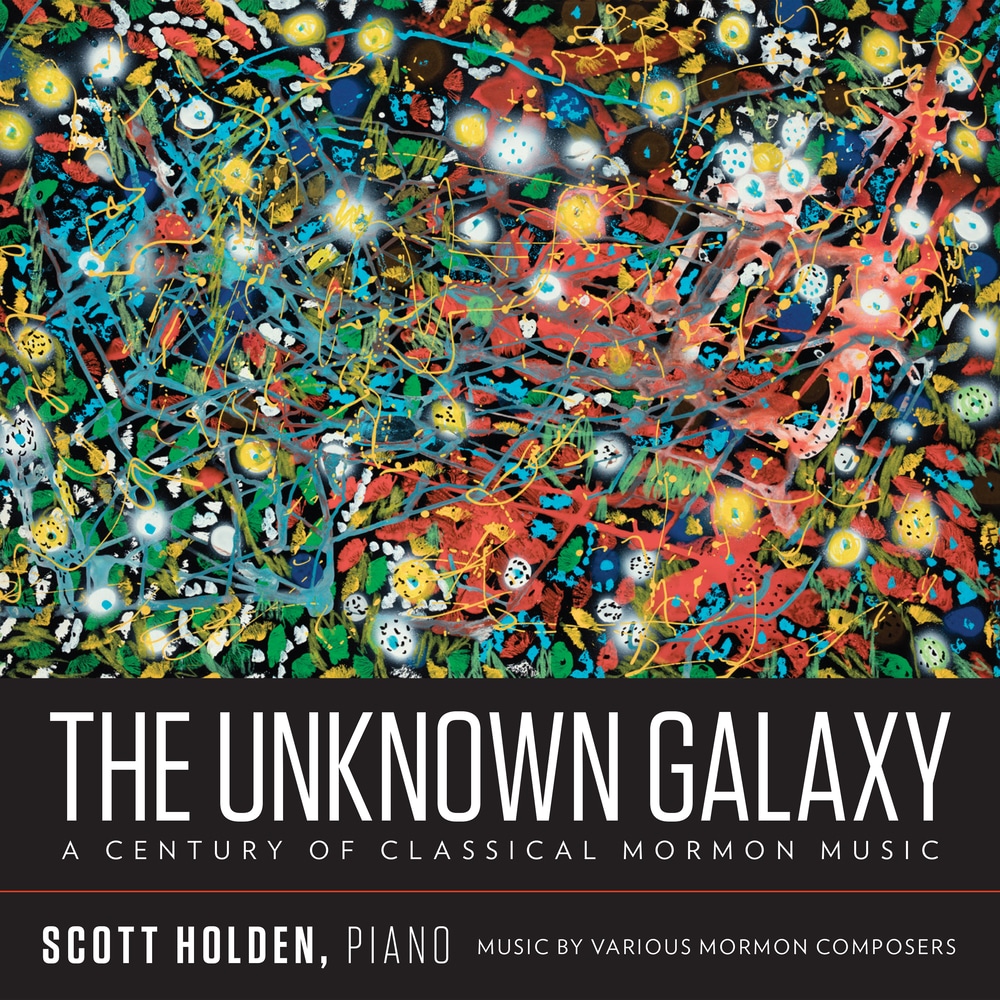