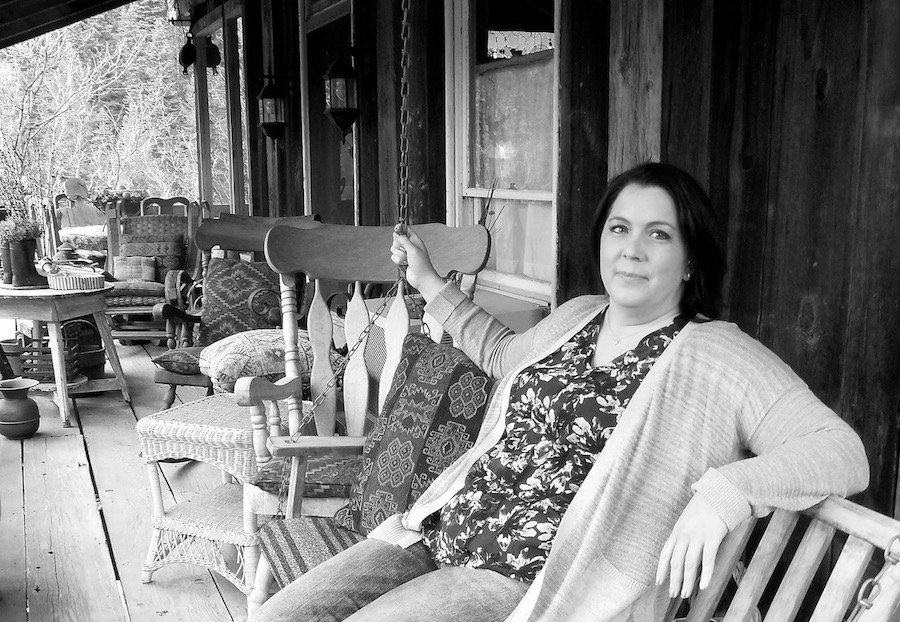 According to rules Trish Hopkinson was responsible for creating, her own children aren’t able to join her poetry group. Both her son, 25, and daughter, 17, live in Salt Lake City, and Rock Canyon Poets is a Utah County-only group. “When I had ever done anything in the poetry or arts communities, it was always in Salt Lake,” she explains. “So it was really important to create a group in Utah County.” Now in its fifth year, Rock Canyon Poets is one of several projects Hopkinson is passionately engaged in, all bringing poetry to a larger community — not all of it restricted to Utah County.

Though her family roots are in Missouri, Hopkinson was raised in Provo. “My parents were converted to the Mormon church [in Missouri] when I was 6 years old and my eccentric grandmother decided that since they were LDS they should live in Provo, so she bought them a house out here.” The family moved when she was 10. Her parents still live in the house.

Hopkinson’s initial foray into college, at Utah Valley University, was interrupted by work and family — her two kids were followed by a 20-year career in the tech industry. “I’ve always been kind of techy and both of my parents come from the tech industry,” she says. For two decades she’s worked for the same company, which develops insurance software. She began at the call center and has moved through most divisions. Currently, she’s a product manager and much of her job involves translating the tech aspect of the company for a non-technical market.

“There needs to be more poetry about people in the tech industry,” she says, only half jokingly. “I could write about some of the bullshit I put up with at work. But I don’t know where to start. I think it’s because I don’t want to think about it.” She’s passionate about what she does, whether at a computer or a writing desk, but likes keeping the two separate.

Hopkinson has always been a writer — her mom says she was born with a pen in her hand — but her creative life exploded after she returned to UVU to get her creative writing degree. Since then, her work has been published in dozens of journals and anthologies and has received a number of awards. It’s personal poetry, first-person dominant, finding inspiration in subjects as varied as her son being struck by a car, nuclear devastation and the Carambola (aka, the star fruit), and finds further material in the felicitous surprises that emerge in found poetry. Everything she writes is feminist, written from a feminist perspective, she says. “It so happens, I am tired of being a woman,” begins one poem. “And it happens while I wait for my children to grow/into the burning licks of adulthood.”

“Poetry is about trying to re-create an experience that, technically, can never happen again,” Hopkinson says. “It’s specific to the poet or the character they’re writing through.” From Karin Anderson, who was at UVU both when Hopkinson began her studies and when she returned as a nontraditional student, she has learned to “attend” to life. “Jacuzzis are holy/ Garage door openers are holy/ Back-up cameras and recycle bins—all holy,” she writes in “Footnote to a Footnote.” “Any life, however mundane, has poetry in it if you teach yourself to pay attention,” says Hopkinson.

And if you pay attention to the poems you write, you may discover a book, as Hopkinson did when she was teaching a workshop on response poetry. “I began looking at what I had, as examples, and found there were a lot.” She collected them into a chapbook (her third) called Footnote, published by Lithic Press in 2017.

“[In Footnote] Hopkinson embraces the anxiety of influence and openly engages with her predecessors who include the canonical (Emily Dickinson), the avant-garde (David Lynch), and the radical (Janis Joplin),” Deborah Hauser writes in a review of the book. “It’s as if, in these poems, Hopkinson is answering the question ‘Which artists would you invite to a dinner party?’ and the reader has been invited to eavesdrop on the ensuing conversation.”

She discovered she had the poem collection while teaching a workshop for Inspire, the organization she began in 2015. With support from Utah Humanities, she produces a community workshop every fall as part of Bookfest, choosing a different theme each year and using prompts to encourage developing poets.

For the more serious poets, there’s Rock Canyon Poets. Named for the popular cleft near Provo’s Y Mountain, the group was started in January of 2015, with friend and fellow poet Bonnie Shiffler-Olsen. Hopkinson had recently graduated and the pair had been attending open mic readings but felt they needed something more structured, more academic — an opportunity to workshop and develop their poems. They wanted a group for “living poets working as poets.” Rock Canyon Poets provides open mics, a monthly reading series, workshop opportunities, and a yearly retreat; and they publish Oregeny, an anthology of local poets — all of it designed to push the poets to get their work out. “We’re interested in people who really want to work on their craft and start publishing their work,” Hopkinson says.

With Marianne Hales Harding, Hopkinson began Provo Poetry in 2016. They achieve their mission “to bring poems to a wider audience, support local poets, and promote poetry in general,” with gumball machines. Poems by local poets are wrapped up into the gumball capsules, providing poetic inspiration for the low investment of 25 cents. They’ve been so successful, they’re finding a hard time keeping the machines filled.

As one might guess, the poemball machines were initially installed in Provo (at Pioneer Bookstore and Enliten Bakery and Cafe) but they have since expanded north of Point of the Mountain, to KRCL’s headquarters on North Temple. The radio station is the only one Hopkinson will listen to, and she also produces for it — Poetry Happens, a monthly feature in which poems are read on air by local poets.

“Empty nesting is the best thing ever,” she says about those children now burning in the licks of adulthood. “I’m ready to have some me time.”

That may prove difficult with all the projects she’s engaged in this year (she also appears in Artists of Utah’s READ LOCAL series in April, and is developing the literary programming for the Utah Arts Festival), but she continues to find personal time for her own poems, even if they are written through the voice of another. “I recently wrote the longest poem I’ve ever written from the perspective of Quentin Tarantino,” she remarks. It’s still feminist — “there’s something about the badass women in his films,” but she’s not sure what to do with it. “It’s really super long. Eleven minutes. I’m not sure I dare read it out loud anywhere. How long can you really listen to someone go on and on about a made-up version of Quentin Tarantino?”