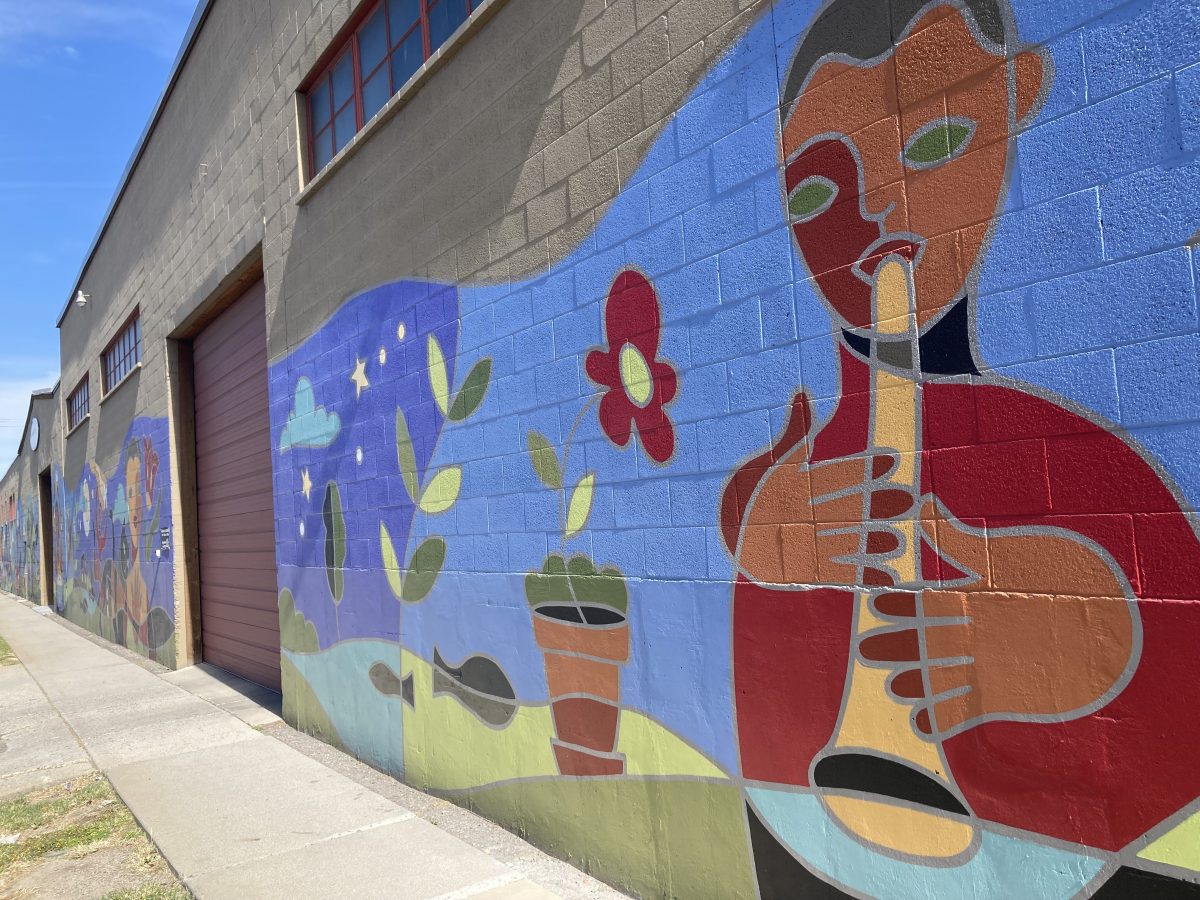 In Crockett Johnson’s classic children’s book (which has been adapted for the screen), a young boy named Harold wields a magic purple crayon that brings to life the world of his imagination. With it, he draws animals or houses or trees, or simply drags it along by his side leaving an indelible path as he marches toward a new adventure.

Traci O’Very Covey has something similar, though her crayon isn’t purple: it’s usually something more neutral like Dover White or French Gray. It conjures up squirrels and trees and happy faces, all while it flows along the surfaces of buildings (these are properly commissioned works, so no vandalism charges apply). That meandering line, which also determines color shifts in her designs, is why her style works so well on long walls.

For the past four years, O’Very Covey has been painting a mural on the side of Mountain Land Design building in South Salt Lake (2345 S Main St). Each year, as part of the city’s Mural Fest (held in May), she adds a new section so that now it stretches long enough to park a dozen or more cars in front of it. It’s called “Habitat” and the artist says “is inspired by the grace and joy of everyday life. The mural portrays an uplifting feeling of shared community, well being and interconnectedness. The visual elements in the art are evocative of a pleasant life, home and neighborhood, healthy food, and diverse people.” 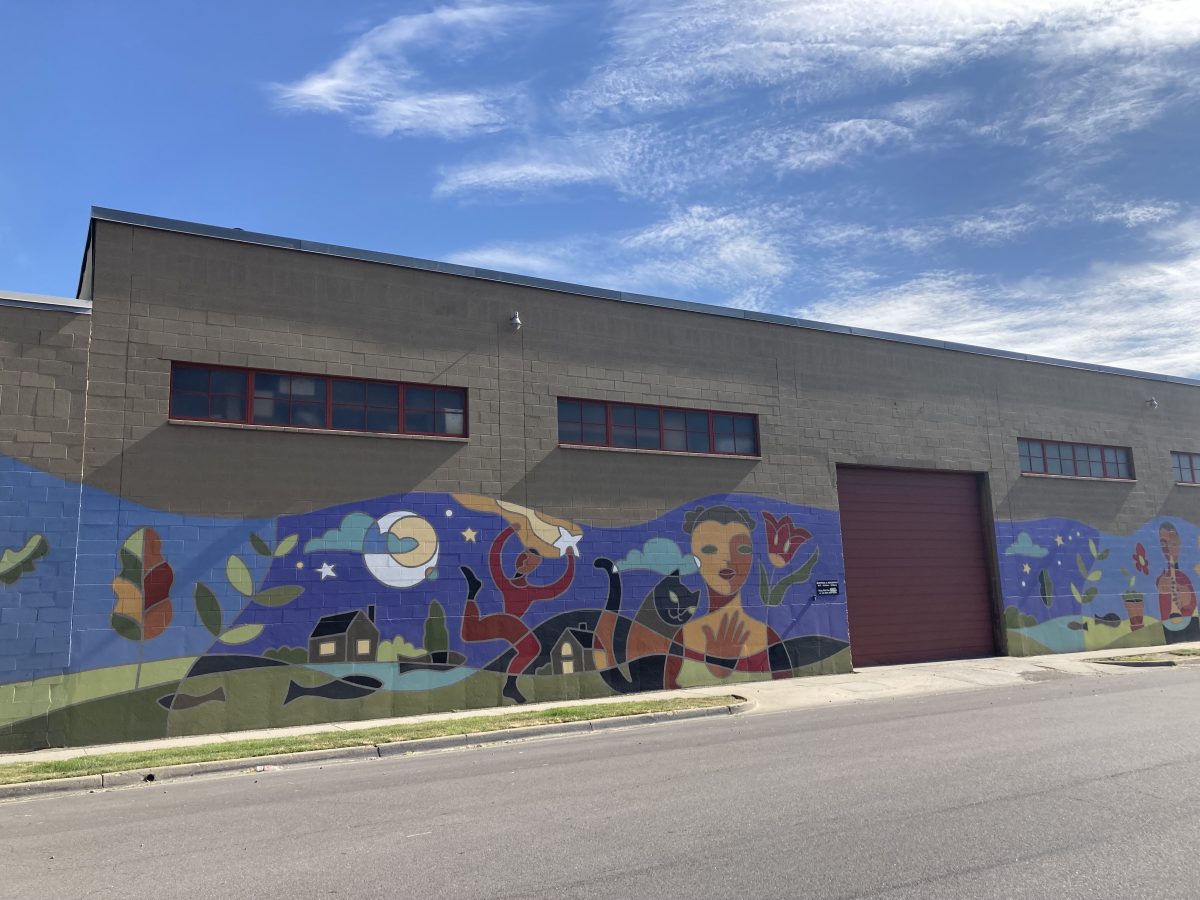 It’s difficult to fit the entire length of the Mountain Land Design mural in one shot.

Her most widely known mural is probably the one at the Salt Lake City airport’s new(ish) mid-concourse tunnel. For 154 feet, the mural celebrates the flora and fauna of Utah as it welcomes or bids adieu to travelers both local and international. The mural has been selected for the 2022 CODAawards recognizing the top 100 public art projects in the world.

O’Very Covey’s not restricted by format, however. She has created equally successful murals that go vertical, as in the mural at the Jordan Landing Plaza. And her mural at the Mountain America Expo Center in Sandy is more or less a standard 3×4 ratio.

In “Tea with Traci,” a feature the artist posts as a Reel on her Instagram page, you can learn more about her style and how she completes her public art projects. You can also vote for her airport mural in the People’s Choice category at the CODAawards here (deadline is June 30).

During the month of June we’re featuring articles on several murals and muralists in Utah. You can discover several for yourself by visiting our Art Lake City map.