There is a Hunger: The Relentless Jeff Metcalf 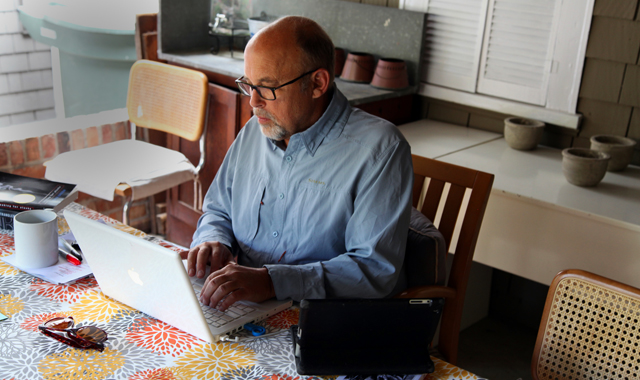 Jeff Metcalf is fresh off a trip to Bermuda when we sit down for an interview in mid-May. He is tanned and claims to have put on a few extra pounds from “island drinks and island food.” He has also just returned from an appointment at Huntsman Cancer Institute where he received some good news about his ongoing fight with prostate cancer. “The PSA level is down and the docs were encouraged by the weight gain,” he says. “I didn’t bother to mention the drinks or the Bermuda trip, of course.”

While the jokes are a mainstay of any Metcalf encounter, the combination of travel and doctors is a more recent refrain in his life, one that owes much to his poignant one-man play A Slight Discomfort, which chronicles his now 13-year-long cancer story. In his description of the play, he notes that it is “not the play I wanted to write…yet, here it is… onstage, open, revealing, at times too personal and uncomfortable… a tough way to get material for the stage, trust me.” It is equal parts heartbreak and hilarity, a balance that has come to define much of Metcalf’s literary output. It is the component of the work that, along with the character’s (and the author’s) willingness to become a fierce advocate for his own healthcare, has garnered A Slight Discomfort a reputation as a powerful teaching tool for hospitals and medical groups in addition to the wide acclaim it has received for its artistry.

The trip to Bermuda was made in order to premiere the play at the Bermuda Cancer Institute, the latest in a string of international debuts that include Croatia, Slovenia, Spain, and Italy. It has toured widely in the U.S., appearing in at least fifteen states, and the Royal Danish Theatre is currently in the process of booking a yearlong slate of performances. Many of the appearances noted above took place in hospital settings. I have seen the play three times, twice in hospitals, and the power the work has in such settings is palpable. Men, in particular, react viscerally, and many attendees who previously procrastinated in regards to healthcare find themselves making appointments shortly thereafter. It empowers viewers to take control of a situation in which many would feel helpless, at the mercy of their doctor(s). It pushes people to transform, as Metcalf says, “from a statistic to a face.” 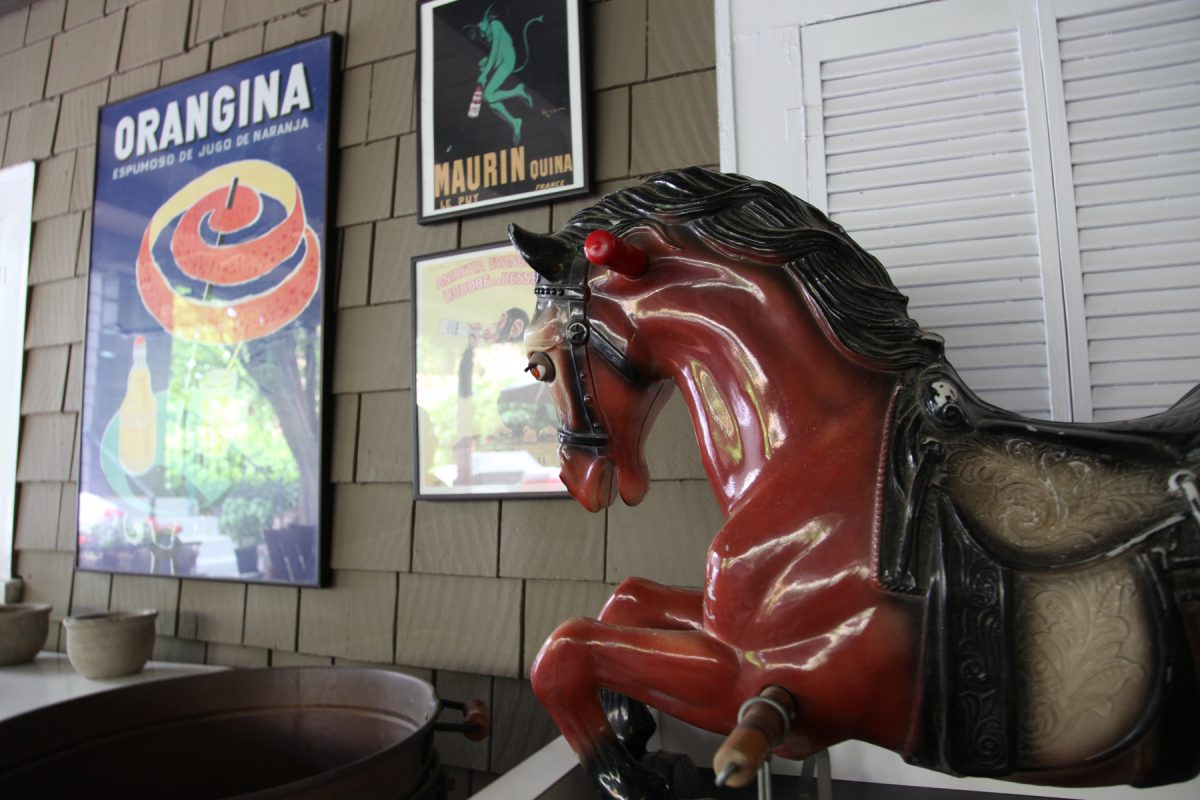 “I think the play is some of the most significant work I’ve  ever done because I know for a fact that it has saved a bunch of lives, just from people who came and then went to get their PSAs checked and had follow-up biopsies. My electrician, I gave him a ticket to see the play about five years ago and he went and got his PSA checked and ended up needing a radical prostatectomy. He’s still alive, so he doesn’t charge me anything now when he works on my house. My house looks like Vegas now. No, but seriously, I’ve had some amazing emails from Bermuda just saying this is a powerful tool [for men’s health]. So, it lives in two worlds – it lives in the world of theater and it lives in the medical world. Huntsman [Cancer Institute] is just kind of like ‘hey, don’t send any more people up here…”’ he says, laughing.

If A Slight Discomfort is a kind of pedagogical journey through cancer, then his recent book of essays, Requiem for the Living (University of Utah Press), is the personal, reflective counterpoint to it. The collection was spurred by a challenge Metcalf gave himself to write one essay a week for a year following an encounter he had with a doctor about his medical prospects. “I asked him ‘what do I have’ in reference to clinical trials, and he responded ‘two years, tops.’ Well, I kinda lost it…that was four years ago. I thought Requiem would be about cancer, but came to find out that it’s really just about living.” The essays are celebrations of many things – circus performers, good and bad teachers, big ears, living abroad, and food, always food (in the interest of full disclosure I’ll admit to having first-hand knowledge of Metcalf’s culinary abilities) – and where the play represents Metcalf the teacher, albeit in a roundabout way, the essays showcase Metcalf the student, a man with uncanny abilities of observation and empathy, an unrelenting curiosity, as well as an unrivaled knack for a good yarn. That isn’t to say that the stories aren’t true, of course; only that they are so well told you want to tell them as your own. That is how legends get going and he’s been the catalyst for more than a few in his career. 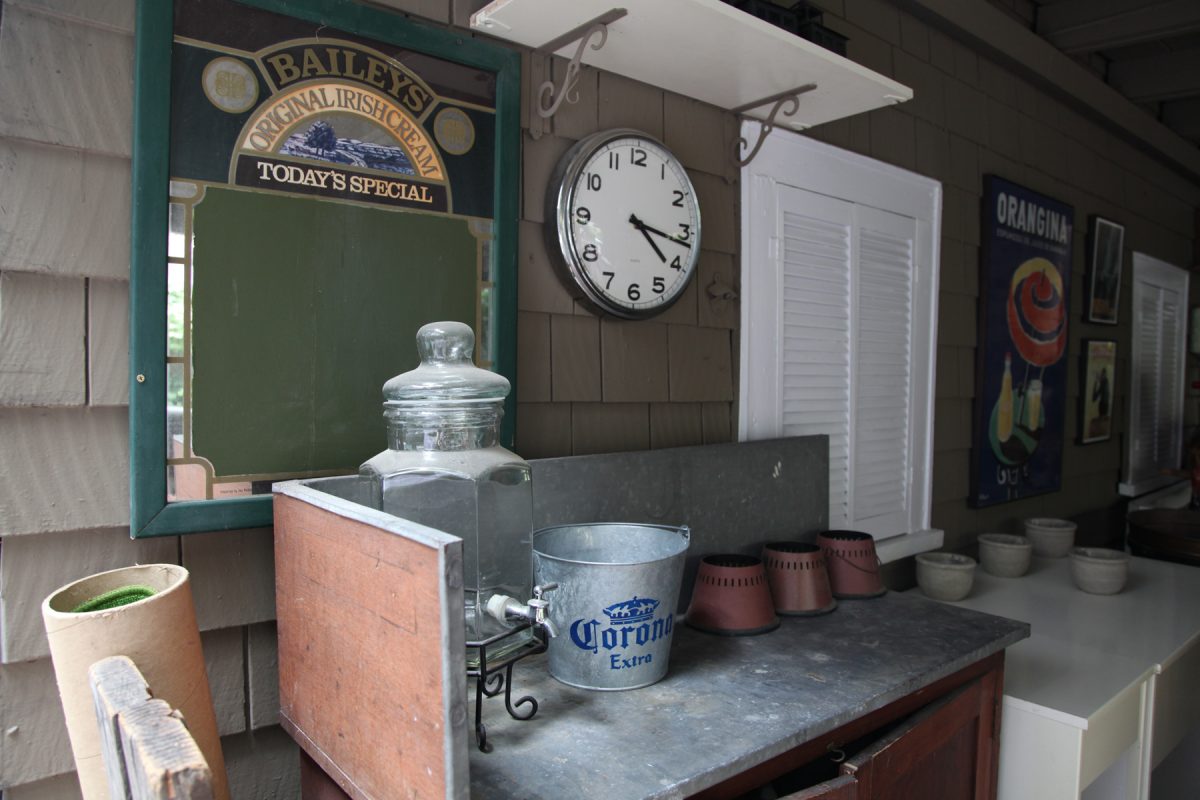 I don’t think that the student/teacher duality of Metcalf’s two most recent works is in any way accidental as it is one that has constituted the bulk of the past four decades of his life. Early in Requiem for the Living, he confesses “I am guilty of putting my writing on the backburner for far too long. It is time to pay the piper.” While it is true that there are too few Metcalf titles in the world currently – though he notes there are two freshly finished projects, including a collaborative project called Nothing Ventured, Nothing Gained documenting the first decade of the Venture class for low-income, adult learners who never have been able to attend college, which he teaches – the reasons for his procrastination are nothing short of phenomenal.

As the countless students and dozens, likely hundreds, of teachers he has created will attest, Metcalf has raised teaching, particularly teaching through literature, to an art form in and of itself. He refuses to take credit for any of it, but a few minutes in a classroom would convince most observers otherwise. As if that isn’t enough, his work has generally been directed towards those most in need of a voice, most in need of mentorship and another voice in the wilderness to which they can relate. He was the driver of alternative education programs at East, Brighton, Hillcrest and Jordan high schools in the early 1970s. These projects culminated in a proposal to Jordan School District to create the state’s first alternative high school, Valley High, in 1974. In a testament to the power of the model he established there, he notes that, in his 30 years teaching at Valley, only two faculty members ever left for other jobs.  At Valley, he was able to experiment with his curricula, teaching books such as Sapphire’s Push and Cormac McCarthy’s All the Pretty Horses, books that resonated strongly with his students but likely would have cost him his job elsewhere. 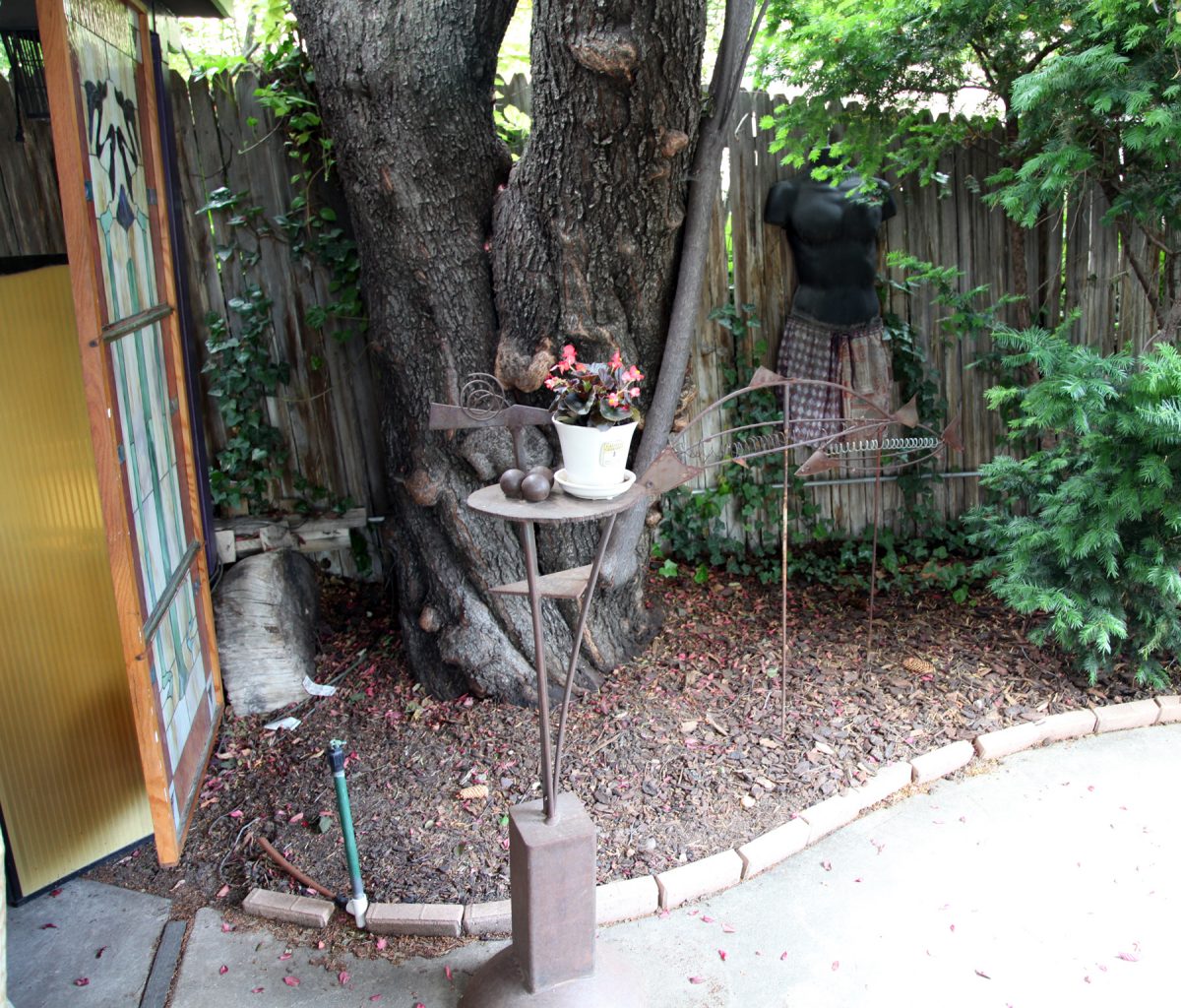 Sensing that students at Valley and elsewhere wanted more in terms of opportunities and community, he worked to create both the Young Writers @ Work Conference (an offshoot of the still extant Writers @ Work Conference) as well as the Sawtooth Writers Conference in Stanley, Idaho. Both of these nationally-renowned programs were packed with students every year, a situation made possible only through Metcalf’s relentless fundraising efforts and belief that the end products of these conferences, both the writing and the stronger, more ferociously independent teens that created it, would stand on their own merit and drive further support.  He was correct on all counts.

Metcalf’s ability to draw out even the most introverted or reluctant students is uncanny and is largely rooted in his empathy and in the egalitarian nature of his classes. “I like to think of myself as ‘being in the seam,’ that is, giving equal value to everything being said in my class. For the last seven years, I’ve been teaching a class where I actually use my students in the class as teachers…and it’s interesting because the students aren’t used to being asked for their opinions. I received some pushback from colleagues who were basically saying, and this is a direct quote, ‘I can’t believe you would surrender the power of your classroom to your students.’ But I’ve never seen the classroom as a power situation or a dictatorship. That’s a pretty harsh word, but I think sometimes we fool ourselves by not considering what students can contribute to the larger conversation of any class…it’s about realizing that you’re always the teacher and the student at the same time.” 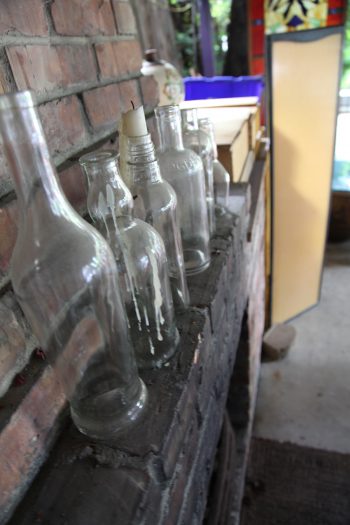 A long career in working with non-traditional students in a K-12 environment has carried over in more recent years to working with adult learners. In addition to his last 10 years in the English department at the University of Utah and the aforementioned Venture program, which is now in its second decade and operating in sites around the state, he was the co-founder of Humanities in Focus, a program that teaches a variety of non-traditional adult students how to make documentary films. In the last 10 years, they have produced nearly 50 documentaries ranging in topics from substance abuse and domestic violence to immigration and pop culture. It has become a marquee program for the University, and now works through the Honors College to pair University students and adult learners together to work on projects. The results are remarkable.

As the interview winds down, we find ourselves discussing how ridiculous requests for artist statements or teaching philosophies often are. I don’t disagree with this notion. Trying to compress 43 years of writing and teaching into an elevator speech is, on its surface, patently absurd. But he humors me, nonetheless. “My philosophy would be to take the student to the edge of the cliff and while they’re sitting there looking, to just go ahead and push them off. Because on the way down, they’ll find some stuff. They’ll grab on to something. It might be philosophy, it might be Descartes. Who knows? It doesn’t matter. They’ll find something.” He pauses for a few moments and then offers another. “There is a hunger that cannot be managed with bacon and beans. And it is the hunger of the human spirit and the human mind. That is something that has always been my mantra. We’re all hungry in different ways. That sounded pretty good, didn’t it? Hahahaha.” 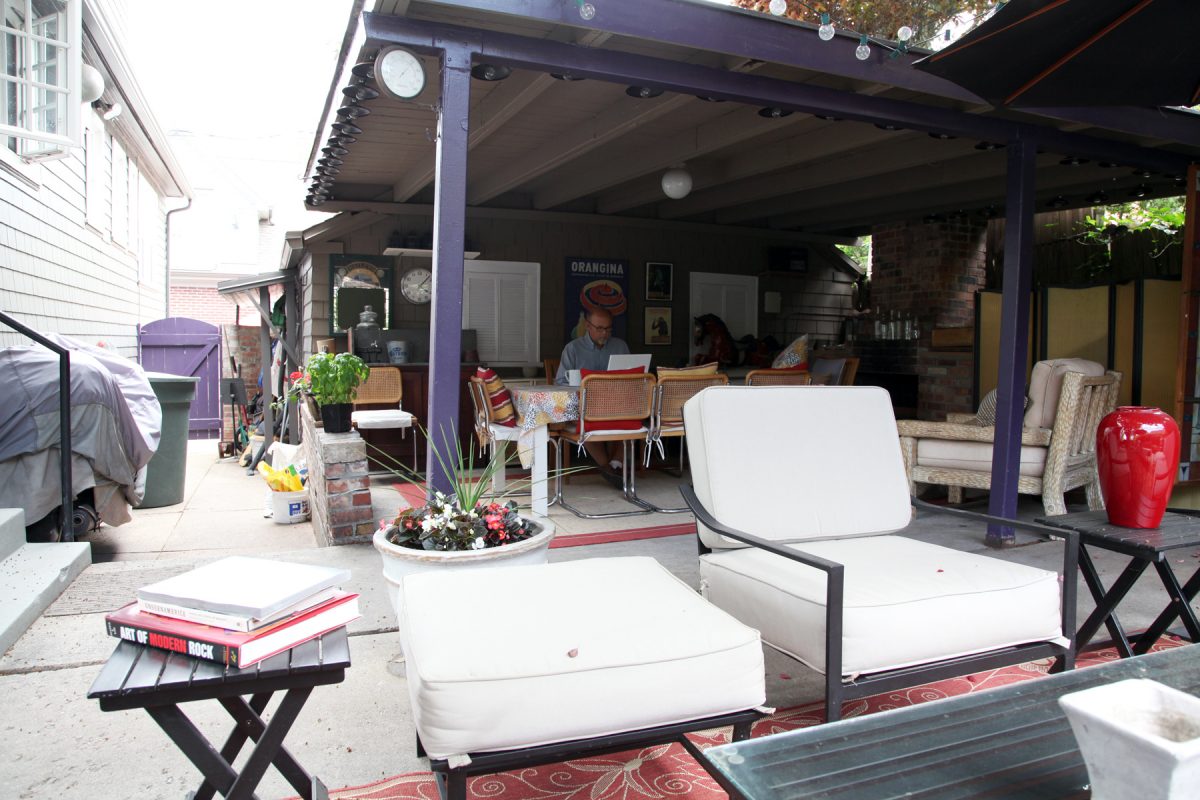 Jeff Metcalf is the 2015 recipient of the Mayor’s Artists Award in Literary Arts, which will be presented at the Utah Arts Festival on Friday, June 26th. To find about more about Metcalf or his work, visit http://aslightdiscomfort.com/