Side by Side, Partnered Artists Exemplify One of Art Access’ Most Successful Programs 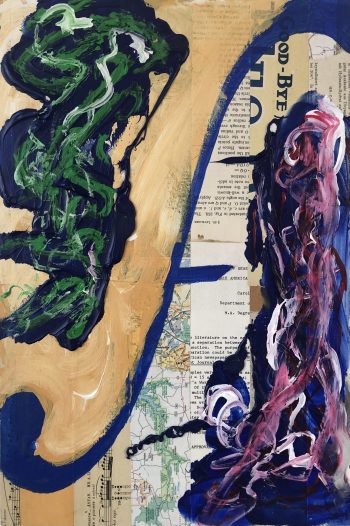 “Scruples,” a mixed-media collaboration by mid-career artist Namon Bills and promising neophyte Tyler Pierce, demonstrates the possibility that two very different artists, working side by side, can produce a coherent work of art. Appropriately enough, its design might be described as a Rococo Yin-and-Yang: a rectangle divided by a blue flourish, with a predominantly green figure on one side and a mostly pink one on the other. The ground on which they appear is classic Namon Bills: a collage of printed and data-filled, found materials that represents a rational, even a scientific world awaiting his aesthetic response. The two lively, dancing figures could hardly contrast more with it, and they signal the arrival of Tyler Pierce, who is apparently in agreement with his mentor. An opaque, light brown fill on the upper left creates an illusory third dimension, a field that comes forward, leaving the lower right open into a deeper space that appears to wrap around beneath the upper half. Bills frequently features this sort of disruption or penetration of an otherwise orderly two dimensional design, but evidence seen in other works argues that the conception may owe something to Tyler Pierce as well.

Art Access does things rather differently from other local art venues. Instead of focusing on making sales, they focus on making artists — and on opportunities for artists to build their careers through activities like Embodied Ecologies and 300 Plates (coming to a web browser near you in May). This human focus no doubt explains why they chose to shut the gallery in 2020, presuming, as everyone did, that the closure would be brief. But as we all know, it wasn’t — in fact it continues today — and so Art Access approached 2022 two years behind on one of its signature programs, the product of which remains stuck on the shelf. Partners is an annual, year-long activity in which an accomplished, professional artist is matched with a struggling novice, with the goal of helping the amateur overcome personal obstacles. The year should end with a group show in which the various mentors and mentees practice one final step: mounting a proper exhibition. Since Art Access still has no date on which it will reopen, BDAC stepped up this year to show the five pairs of artists that worked together over the most recent two years.

There are 13 pieces by Pierce and Bills, three of which are credited to Pierce, two to Bills (one of which is a triptych), and the remaining eight are shared. It’s not common in my experience for the mentor and mentee to work this way, or if it is, they don’t always include shared works in the final show. If anything, Bills has less reason than most to combine forces, since the found and collaged elements he builds on are generally unique and typically impossible to replace. It’s a mark of his dedication to the program’s goals that he repeatedly donated his signature raw materials in this way. Pierce, who was at the opening, showed great enthusiasm for the results, which suggested his taste for colorful, elaborately curvilinear and active forms with strong outlines may have a future now that he has tasted success. 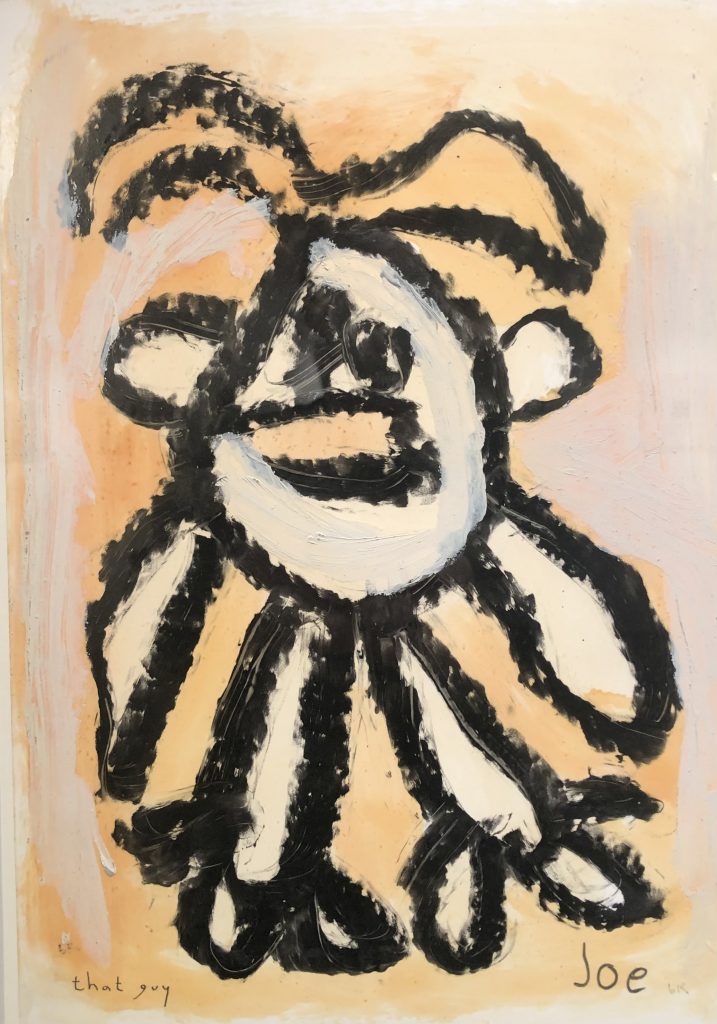 “That Guy” by Joe Adams 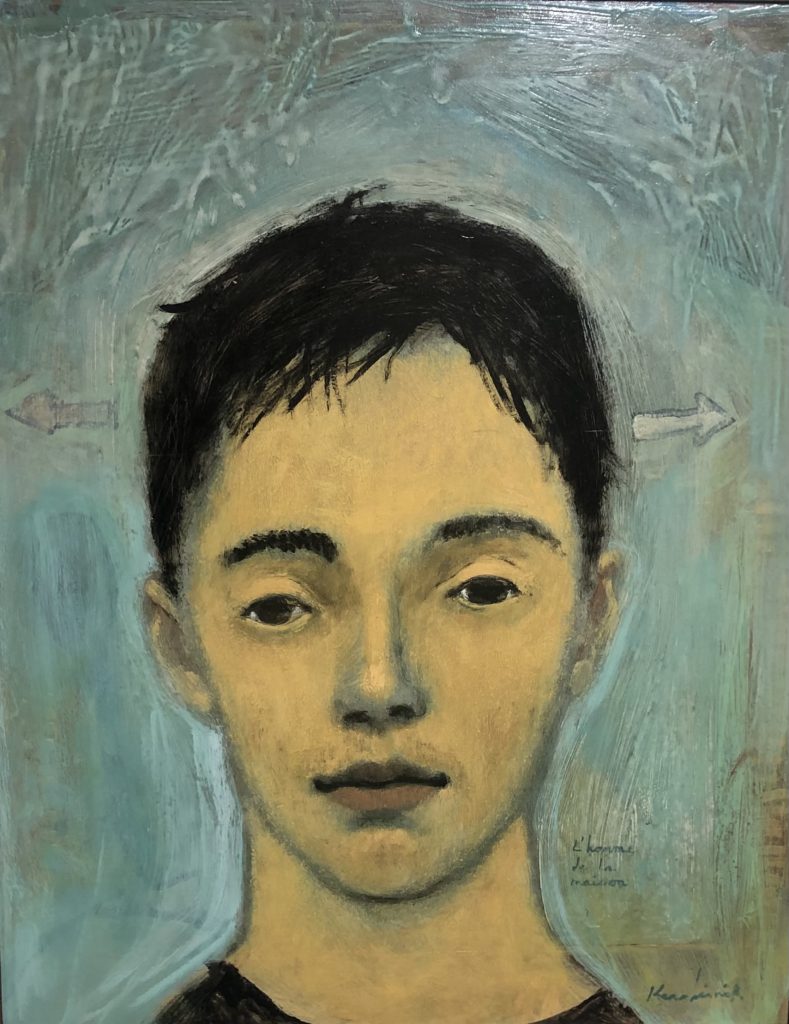 Another artist who has come a long way due to a partnership is Joe Adams, who has worked with Brian Kershisnik many times over the years. In fact, Kershisnik has shared studio space with a number of Utah’s artists, and while that isn’t necessarily the same thing as collaborating, there is a chemistry that occurs when two or more artists watch each other take their work through its latest stages. Think of van Gogh and Gauguin, or Picasso and Braque. Brian and Joe splendidly demonstrate the goals and success of the Partners project; Adams clearly draws prolifically, but without his steady companion he would never have reached this point, with sixteen framed drawings on the walls and several more for sale, unframed, in the gallery’s shop. In fact, his works have become so strong and convincingly expressive that a possible viewer might wonder about Kershisnik’s contribution. If so, Kershisnik has included a painting, a portrait titled “L’homme de la maison,” or Man of the house; one that demonstrates a palpable, synergistic relation to his mentee’s efforts. Adams draws portraits, often of angels, dogs, helicopters, aliens, landscape elements like trees and power lines, and “You,” all with an open heart and a direct approach. His figures, and to a certain extent everything else, are presented as circles with attached arms, legs, and features. Kershisnik can almost certainly take credit for the presence of background patterns and aura-like outlines that bring the subjects into focus and lend them an aesthetic presence. Their shared joy is evident.

The Partners program doesn’t require this degree of identification between partners, of course, since one artist will empower another with additional, possibly more important skills, Or at least with more liberating ones. Mentee Nataly Welch has a well developed, realistic technique that she has used in science-fiction fantasies, but her mentor, Shley, enabled her to turn her skill with realism to telling a more personal story of the Filipino diaspora, with which she identifies. Zubaidah Sadeq and Natalie Garza demonstrate the flexibility of the program with finely crafted jewelry. And in half a dozen exquisite pen and ink wonders, Chrysalis Jiri, who was mentored by Jessica Hancock, shows how quickly mastery of fundamentals can lead to the acquisition of a voice with a seemingly unlimited range of visual song. To see how thrilled she was at the opening to be able to share these evocative scenes made them twice over the highlight of the evening. 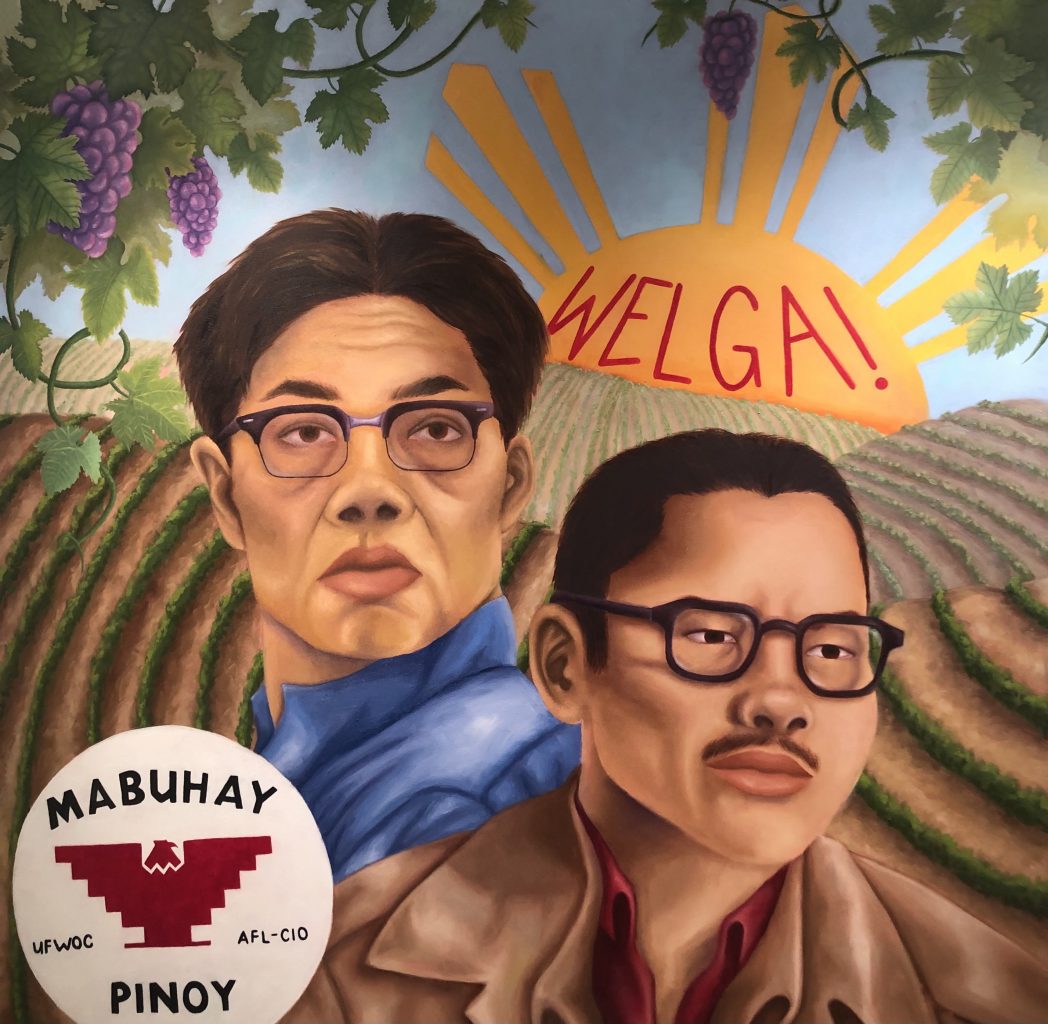 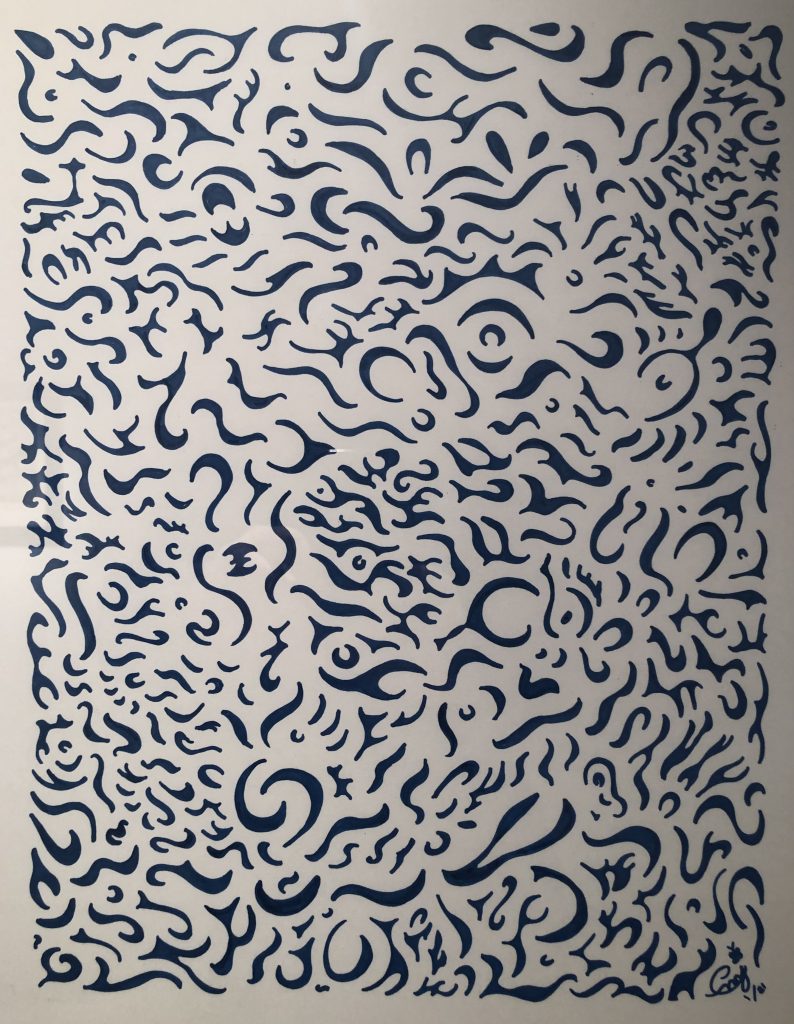