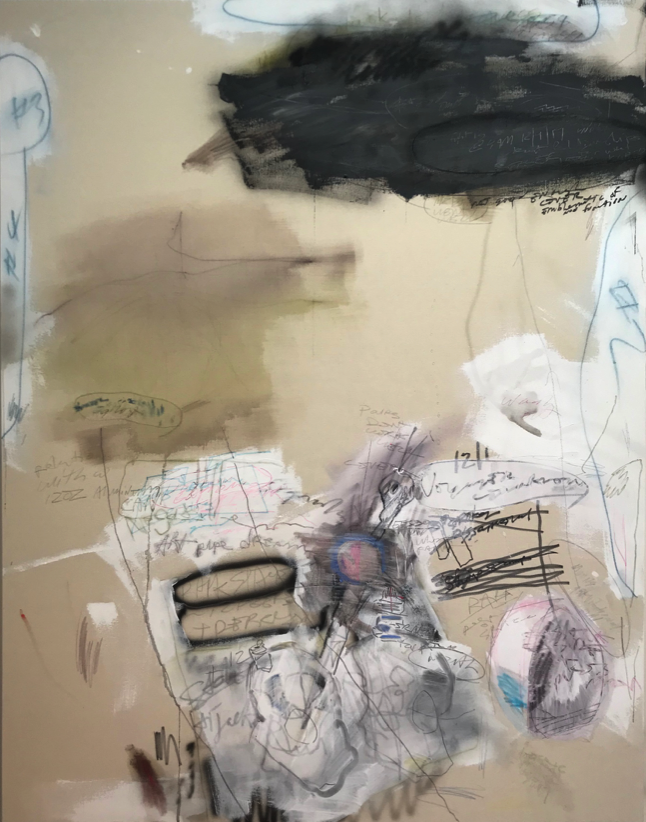 The works in Vertical Obedience, Nolan Flynn’s upcoming exhibition at Finch Lane Gallery, bring together two ends along the timeline of contemporary abstraction, mixing Jason Craighead’s ephemeral mark making and exposed canvas with the subconscious notes scribbled within the compositions of Jean-Michel Basquiat’s paintings. In Flynn’s raw paintings, which depict the collaboration between the conscious and subconscious with glimpses into ephemeral thoughts, the decisions Flynn makes are visible and vulnerable, creating work that is experienced in the process rather than the product.

Originally from Michigan, where he did his undergraduate work at Western Michigan University, Flynn is a recent (Spring, 2019) graduate of the MFA program at the University of Utah, where he now teaches. He was already actively exhibiting in Utah during his graduate program, including a two-person exhibit at the Rio Gallery called Post Modern Posh; and since graduating, he has staged a solo exhibition at the Bountiful Davis Art Center and helped launch the exhibition/discussion series The Open Room.

The title of the Finch Lane show, Vertical Obedience, seems to be in reference to the restrictions Flynn has placed on himself: all of the artworks are in a vertical orientation, and the chaotic nature of the canvases suggest the artist submits his subconscious to the materials that surround him: gesso, spray paint and the results of various mark making tools overlap on his surfaces, suggesting a lapse of time. 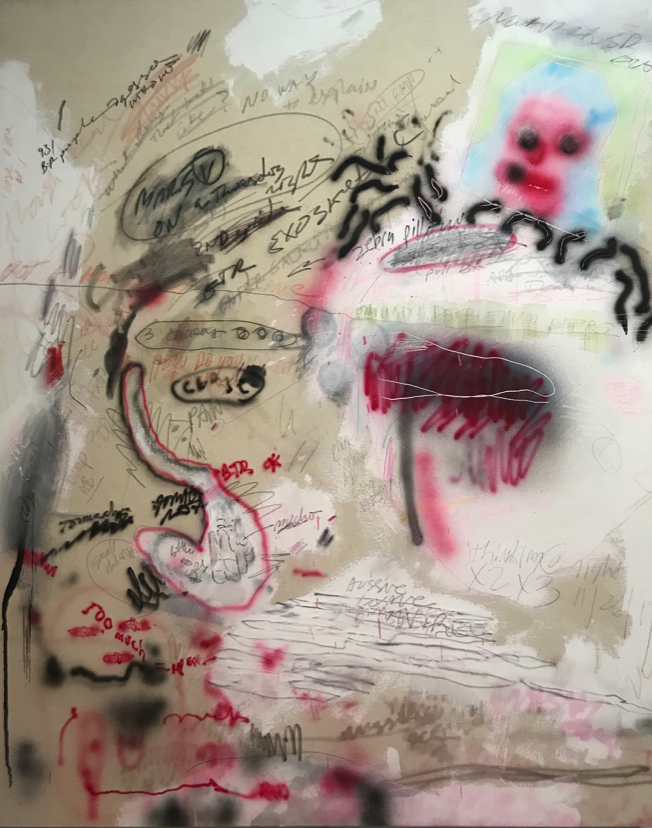 In a generally neutral-toned space, the moments of color on these canvases feel like a bridge between the conscious and subconscious, the small areas of color more deliberately executed than the unrestricted, transient black and white marks. These moments of color appear to be spaces of cognizance, much like the written language on each surface.

Also in these works, unrecognizable word-like-marks alternate with familiar phrases emphasizing fleeting thoughts such as “too much,” “no way to explain,” “bed time 3 p.m.” and “pipe dream.” Experiences like bed time or not being able to explain something, serve as entry points into the seemingly chaotic surfaces of these paintings. Without recognizable phrases or moments of color in Flynn’s work, the bridge between the conscious and subconscious would only be recognizable to the artist; but relatability is captured through these vague references to the human experience.

These paintings reveal a process, the layers a visual clock that compounds into a visual metaphor for the human psyche as the painterly understanding of time and impulsive mark making fuels the process. There isn’t a visible beginning or end to these timelines, however. There is only a momentary state of being. 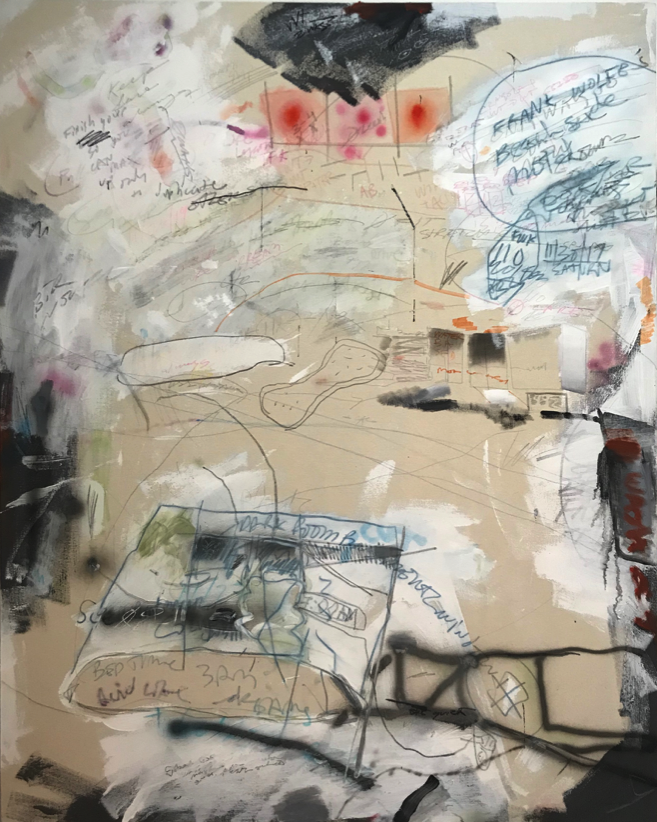