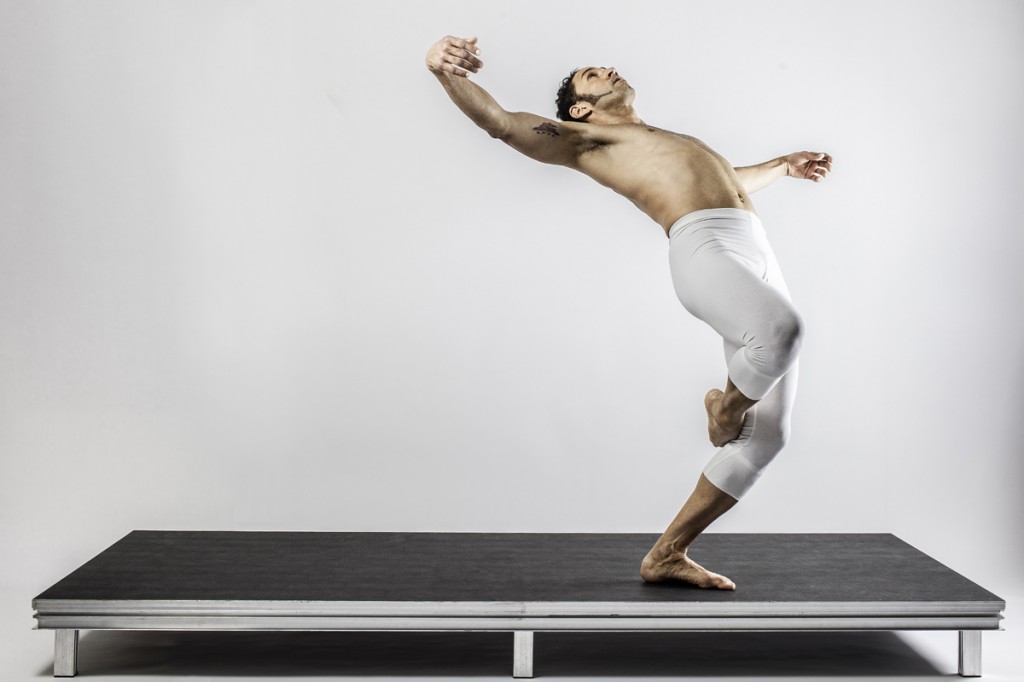 Salt Lake audiences have always carved out support for concert dance. The model of multiple subsidized theaters featuring large scale repertory has been successful at gathering patrons but has not always left room for experimental choreography. Many local organizations have addressed this deficit over the years with annual performances, and Dance Theatre Coalition (DTC) has stepped in most recently with Micro-Dance, a series modeled after Ten Tiny Dances, a Portland-based project by Mike Barber.

Both Ten Tiny Dances and Salt Lake’s Micro-Dance utilize a small platform-turned-stage with the goal of challenging artists to interrupt expected dance structures. Audiences used to seeing the full Black Box stage in the Rose Wagner will find their expectations condensed to 32 square-feet as they view new choreography by Jerry Gardner, Emily May, Ashley Mott, Kimberly Schmit and Ai Fujii Nelson.

I had a chance to sit down with Nelson to talk about her work, “The Perfect Pirouette,” a solo for Juan Carlos Claudio. Nelson’s journey in dance, including a long-time gig dancing for Ririe Woodbury (RW), has been long enough that she “badly craves something other than the proscenium stage,” and Micro-Dance has made the Black Box more “intimate and inspiring” for her.

Calling the oddly sized rectangular platform a fun canvas for herself and Claudio, Nelson shies away from too much else in the way of verbal description — she prefers to have the audience experience the dance in time. But she does note that it involves text and explores a central movement theme (the pirouette) which becomes a scalpel for a range of emotional topics. She adds that her strong working relationship with Juan, a fellow RW alum, provided a crucial element of trust.

When asked about the difficulty of innovating in a small space Nelson counters that by narrowing her choices the format offered more creative freedom than she may have anticipated. She suggests that Claudio’s skillful use of space and energy will extend beyond the physical boundary of the platform and into the headspace of observers who will be even closer to the action than usual.

After hearing about Nelson’s work, it’s easy to get caught up in imagining how different artists will address the same task. Jerry Gardner is known for his work in Butoh, a style marked by contemplative movement that frequently takes place in unique sites. Most others on the program are more known for common physical stylings of Utah’s own brand of modern dance —virtuosic partnering through space.

Nelson doesn’t want to give too much away about the other work, but says “audiences can expect a variety of artistic explorations and some surprises with one group piece involving more than two dancers on the platform. As a whole, it definitely is not a conventional dance concert.”

“Micro-Dance” will take place on March 22 and 23 at Black Box Theater in Rose Wagner Performing Arts Center. Tickets are available at the Rose Wagner Box Office or via ArtTix.org