Vividly present in the current moment, Steve Songer creates pieces indicative of his positive intensity. By means mysterious, even to himself, Songer channels his palpable freshness and immediacy into his widely-sought works, invigorating every subject he portrays.

“I have a theory that there’s live paint and there’s dead paint,” says the Utah artist, “and I’m trying to get live paint.” “What causes that, I don’t know. It just happens,” he says, gesturing toward a large landscape-in-the works. “This painting is really frustrating to me because I’m feeling like this paint’s getting a little dead on me up here,” he says, his fingertip circling above flat brown beginnings of leaves. As his hand drifts down to brisk white swirls, light leaping on boulders, he continues, “And this paint has some good life. Do you see the difference?”

While unable to consciously understand the magic that infuses vitality into his pieces, Songer does follow a clearly structured creation process. His subject selection, he says, is, “influenced mostly by light and color, shapes: just the basic things.” Next, he says, taking a handful of rough paintings from a nearby table, “I do these little studies which are just for the purpose of doing larger paintings from. . . I’ve also got photographs that I take when I’m [on location], which give me information.” Then, Songer creates up to seven black and white studies, “to come up with the painting that [I’m] going to do,” he says. “These give you the composition. Then, I’ll stretch a canvas and do a painting.” For Songer, painting is as much a mental practice as a physical one. “Good paintings, I think, are created in your brain,” says the painter. “All the great paintings are created because someone thought through a process and solved problems,” he says. 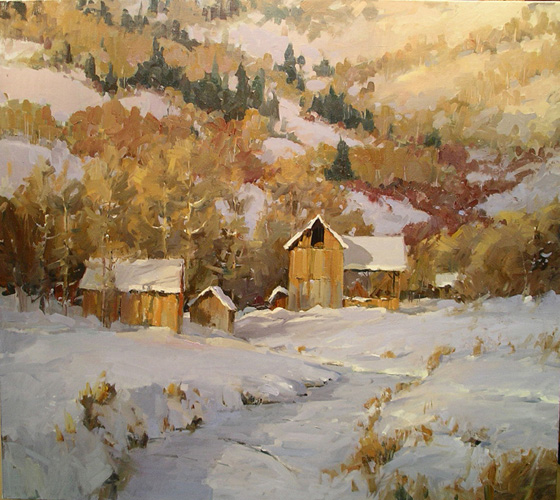 The vast majority of Songer’s process takes place in his Ogden studio. “Just because you paint something on location doesn’t make it good, by a long shot,” he says. “But, I think it’s a good way to see and I think it’s a good way to gather information, and I love to do it,” he continues. “I go on. . . trips simply because. . . you get away from home, you get a lot of work done, and you learn a lot,” Songer says, referring to his frequent travels. “But, it’s not my favorite.”

Davis County’s widely-traveled native son prefers home. “My favorite place to paint is Cache Valley and Huntsville and Weber Canyon,” says Songer, “right around in Utah.” A valuable characteristic of the Beehive State for this painter is variety. “Here you can be looking at just about any kind of a thing you want to be looking at,” he says. “It’s not ever the same.”

The beauty of the Wasatch Mountains, too, keeps Songer living and working in his hometown. “I think those mountains that we have here. . . are some of the best looking mountains anywhere. I mean, I’ve been up to the Wind Rivers and all over. I’ve been in Switzerland. There are no mountains that are more beautiful to me than these mountains,” he says. 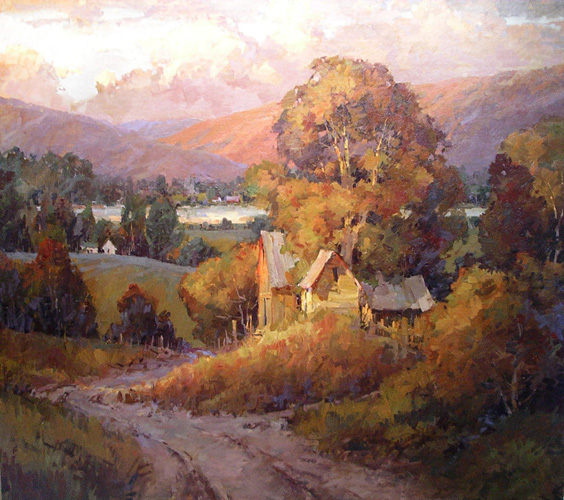 In addition to the stunning, multi-faceted geography of the state, Songer enjoys the exceptional talent that Utah nurtures. “There are some really good artists [here],” he says. “And the reason is. . . we have really good schools. Our colleges here. . . have been very traditional,” says the Weber State and Utah State alumnus. “Most colleges. . . just talk about creativity. And you really can’t teach creativity,” Songer says. “But they try to teach things you can’t teach and they don’t teach you the things they can, like basic principles of traditional art, which our colleges. . . still do for the most part,” he says.

As both an educator and an accomplished student, Songer knows teaching. The artist committed decades to the Utah public school system as an art instructor at Weber High School. “I taught for 25 years; and that was long enough,” he says. Before beginning his career, Songer studied commercial art at Weber State University, then earned a MFA degree from Utah State University. Later, he was invited to the Royal Academy in London for a two and a half month fellowship. 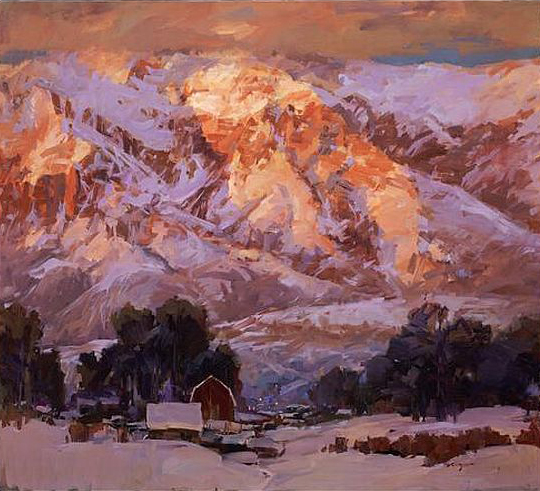 In addition to his formal training, inborn interest and ability plus the support of Songer’s parents have affected his life’s work and his attitude toward it. “Like every other little kid that likes to do art, you just have an interest in doing it,” the painter explains. “I’ve always had it. Both of Songer’s parents encouraged his use of these innate talents. “But, ultimately,” he says, “I think it has to do with your mother hanging your pictures on the fridge with her magnets. Some mothers throw them in the garbage; and others hang them up.”

Other influential individuals in Songer’s passionate pursuit of the perfect painting include multiple artists. “Historically, I look at people like Michaelangelo, Da Vinci, and Sargent, Monet. . . Mary Cassatt,” he says. According to Songer, his most important learning resources have been the works of the American impressionists. “You look at a painting and you just wish you could do it that well,” he says. 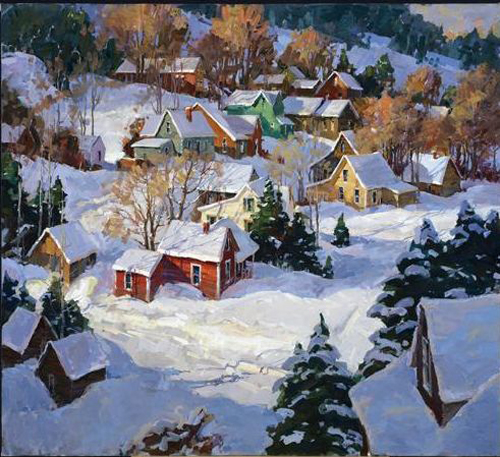 Despite his knowledge and accomplishments, Songer’s humility runs deep. “I hate everything I do,” he says. “So, I’m learning. I feel like I have so much, so long, so far, to go to be doing something I consider good,” he admits. “With some of [my paintings], I just get so frustrated, I scrape them; I sand them off and start over again.” 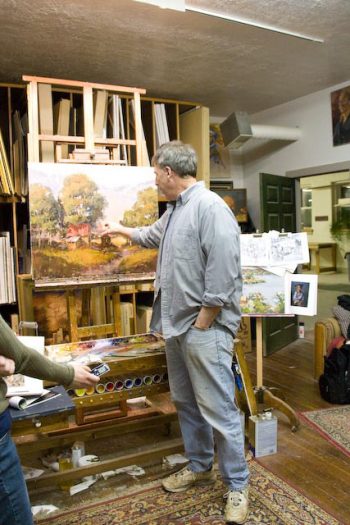 Regardless of these frustrations, or, perhaps, due to the underlying perfectionism they suggest, Steve Songer pieces are in high demand. Jennifer Lee Fargo, director of Park City’s Montgomery Lee Fine Art, where Songer’s work will show this month, has clients who plan annual ski vacations around this artist’s annual show. Many other galleries and numerous invitational shows also seek the painter’s magnetic masterpieces. “I’ve done a one-man show at the Eccles Art Center for the last 20 or 25 years, every other year,” Songer says. Typically, he also participates in other local events including the Dixie, Zion’s, and Springville invitationals. However, he says, “there are getting to be so many shows, I can’t be in all of them. I’ve got to tell them no sometimes, kind of beg off.”

Steve Songer’s new oil paintings will be on display at Park City’s Montgomery Lee Fine Art (formerly Taminah Gallery) through the month of February. An opening reception for the artist will be held Friday, February 8 from 6 to 9 pm. More works can be seen at his website, www.stevesonger.com.