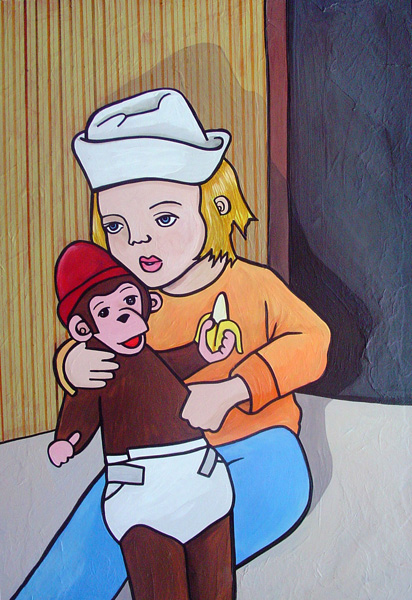 Leia Bell’s name has become synonymous with concert posters here in the Salt Lake area. Her work started popping up on the fliers, posters, and advertising for Salt Lake’s most popular all ages venue, Kilby Court, over seven years ago. Her union with owner Phil Sherburne produced a perfect harmony, matching original prints to equally original bands.

Recently, Leia’s work has received national recognition: as one of the top 30 artists under 30 in Printer’s Magazine, and in a six-page spread in second edition of The Art of Modern Rock, which focuses on the art work created to inspire and promote rock and roll over the last 20 years.

Leia has stayed at the forefront of Salt Lake’s art scene, participating in many group shows and print exchanges, along with selling inexpensive art keep sakes, like refrigerator magnets and original mono prints.

Even with all this notoriety, Leia is one of the most laid back, modest, accommodating artists I have ever worked with. I am honored to have the opportunity to report about Leia’s latest show Perpetual Childhood, which opens at Ken Sanders on Aril 7th and remains on display until April 30th, with an artist reception April 20th to correspond with the monthly Gallery Stroll.

I sat down with Leia to get her perspective on the new show, and the direction she plans to take her work.

MMM: In your show Perpetual Childhood, how would you describe the theme and your recent works for it?

LB: The show features my one-of-a-kind works such as paintings and mono prints (rather than rock posters and art prints). For the event poster I created the design based on a photograph of myself at about 3 years old. Since I now have three little ones of my own, I feel like I am always trying to wrap my brain around that age, and remember what it was like so I can relate to my boys. I feel like I am in a state of perpetual childhood hence the name.

MMM: You recently had another little boy; how has being a mom affected your work, not just with time, but content and subjects?

LB: Five years ago, with no children and surrounded by the indie music scene, indie rockers themselves were my main focus as far as imagery for artwork. Now with less and less time to attend shows and parties, I am mostly around my kids. So my work has become either about them, or things that have to do with them (animals they love, toys, childlike things in general). 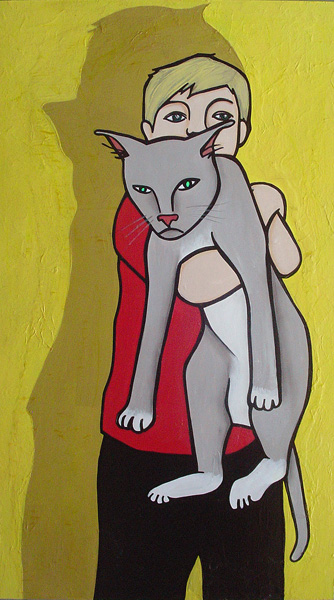 MMM: I understand you are having a show in Manchester, England in the fall? Which gallery, and how did they find out about and approach you?

LB: My show is at the Richard Goodall Gallery this September, and I am very excited about it. The Goodalls have been collecting my work since 2003 when they approached me at a poster convention (called Flatstock) in Austin, during SXSW. They buy multiples of every print I do for wholesale, and sell them in their gallery and their on-line store. They have a group of American poster artists they collect and they have brought a few over to the gallery for solo shows over the past couple of years, including Jermaine Rogers, Jay Ryan and Rob Jones.

MMM: Ken Sanders has been a big fan of yours, and you have done a few shows there; any thoughts on showing in this particular venue?

LB: I love having shows at Ken’s store. It fits my work very well because as a print and poster artist, my work is about limited editions and books are the same way. People collect prints as they do books, where a first edition is the most valuable of both. I love the laid back atmosphere of having a show in a bookstore. The reception feels like a party among close friends rather than a fancy suit-and-tie affair. I think that it meshes with my style, which is fun, carefree, and holds to the idea that art is for the masses.

MMM: 15 Bytes is read by many artists; any words for fellow artists on self-promotion, and breaking out of Utah? 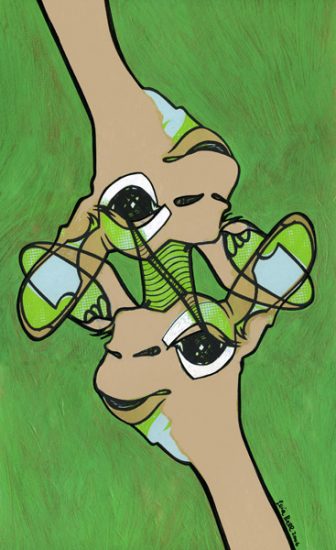 LB: Having a website nowadays is a top priority for artists. If you are talking to someone about your art, they immediately want to know your website address. It has become a near taboo not to have one. I don’t know anything about web design, but I had an expert create a site for me that I can update myself daily, without knowing a lick of HTML code. I have an “add to cart” feature on prints, so people anywhere in the world can buy my posters. I also make refrigerator magnets of my posters, which is a great tool of self-promotion. Everywhere I go, in any city, people tell me they’ve seen one of my magnets on someone’s fridge at a party. I am also now looking into magazine ads. I’m trying to figure out a good niche market for my posters. I have thought about maybe music magazines or underground art magazines. 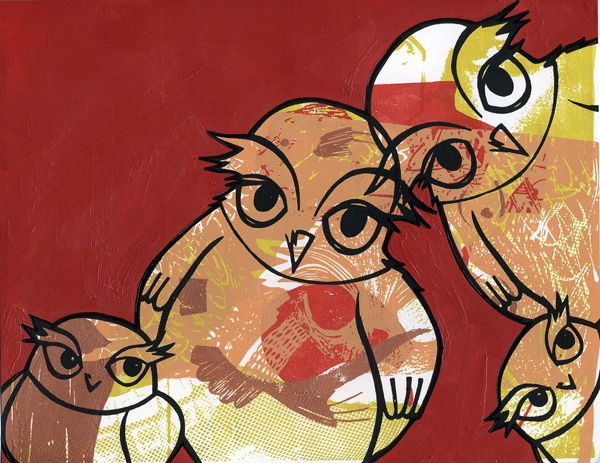 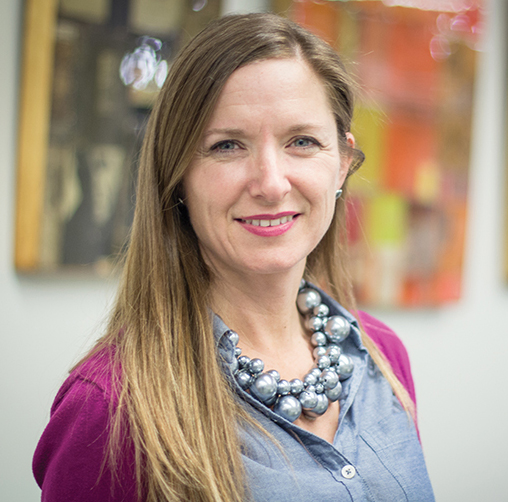