Jerrin Wagstaff Will Be Painting From Staged Realities In 2021 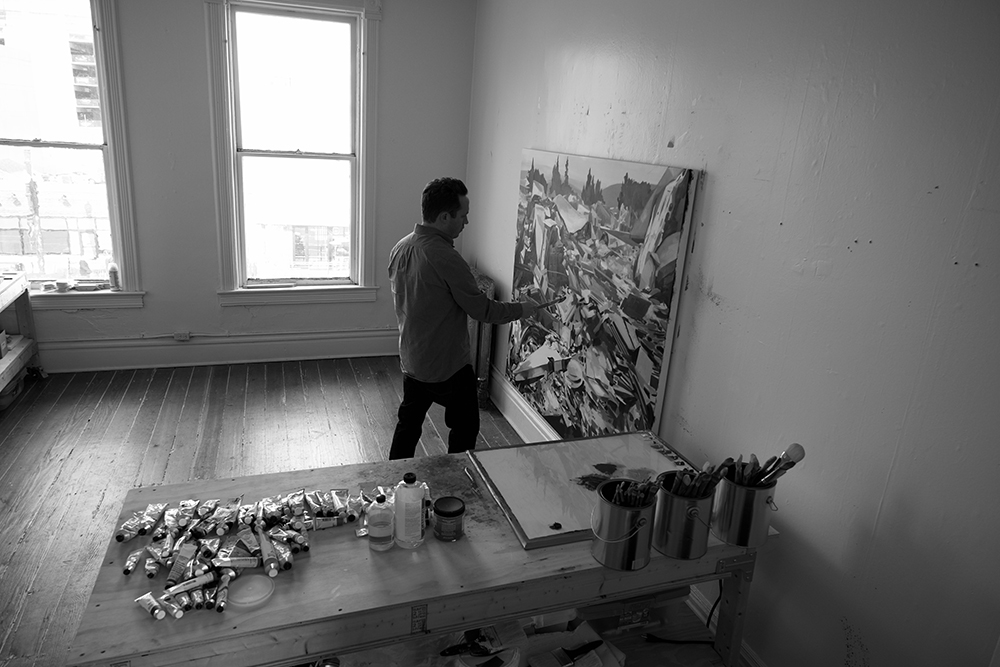 Jerrin Wagstaff in his studio in downtown Salt Lake City

Jerrin Wagstaff spends a lot of time on the internet, and watching TV. But he’s no couch potato. It’s work.

The BYU (BFA) and California State University, Long Beach (MFA) graduate, who is currently an instructor at Brigham Young University, is a painter whose works “address the nature of visual experience in the internet era and the complexities of living in an attention-based economy.” It’s a response to the torrent of information that floods our lives.

For his most recent solo exhibition, shown in 2020 at Another Year in LA in Los Angeles and Nox Contemporary in Salt Lake City, he drew on images culled from news media, staged catalogues, stadium events, and stills from Reality TV. It’s a process of visual overload he likens to the high school debate team tactic known as “spreading” — to speak at such a high rate that one’s opponent will be penalized for not responding to each point raised.  Individual themes of the paintings in Miscellaneous Debris drifted between desire, loss, and identity (for an essay on the exhibit, see here).

During the pandemic, time at his studio in The Guthrie Building in downtown Salt Lake City was limited, giving him time to examine the subjects he was working with in Miscellaneous Debris in more depth. “I have found that the underlying themes that connect these images are Spectacle, Desire, and the Absurd,” Wagstaff says.

“Over the past year I have been increasingly interested in the topic of American Mythologies such as: celebrity, prosperity, Manifest Destiny, the American West, fair competition, and American exceptionalism. More specifically, I am interested in how these myths shape our expectations of being an American and what happens when these expectations are not met.”

He is currently researching 19th-century Romantic landscape paintings of the American West, stadium events, reality TV, celebrity real estate, Michael Bay movies, and extreme skiing videos from the ’90s. “By bringing together elements from these staged realities, the work becomes an exploration of the spectacle, desire, and absurdity of American Mythology and raises questions about what it means to be an American in the 21st century.” 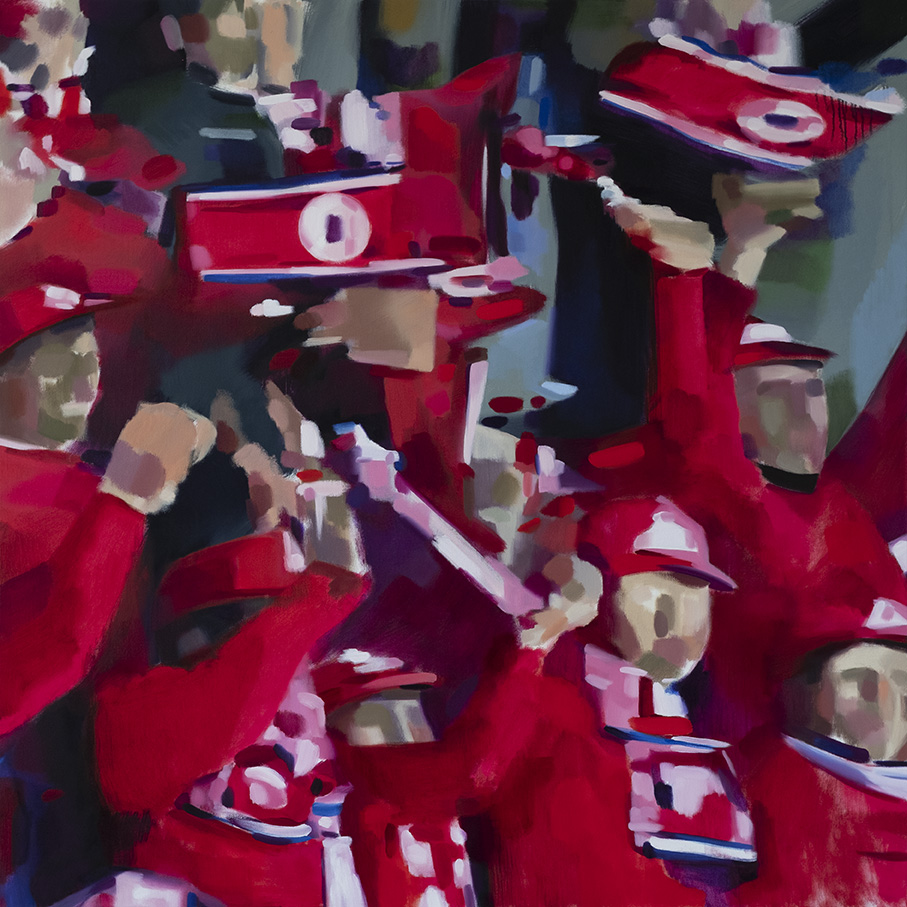 You can view more of the artist’s work at jerrinwagstaff.com.