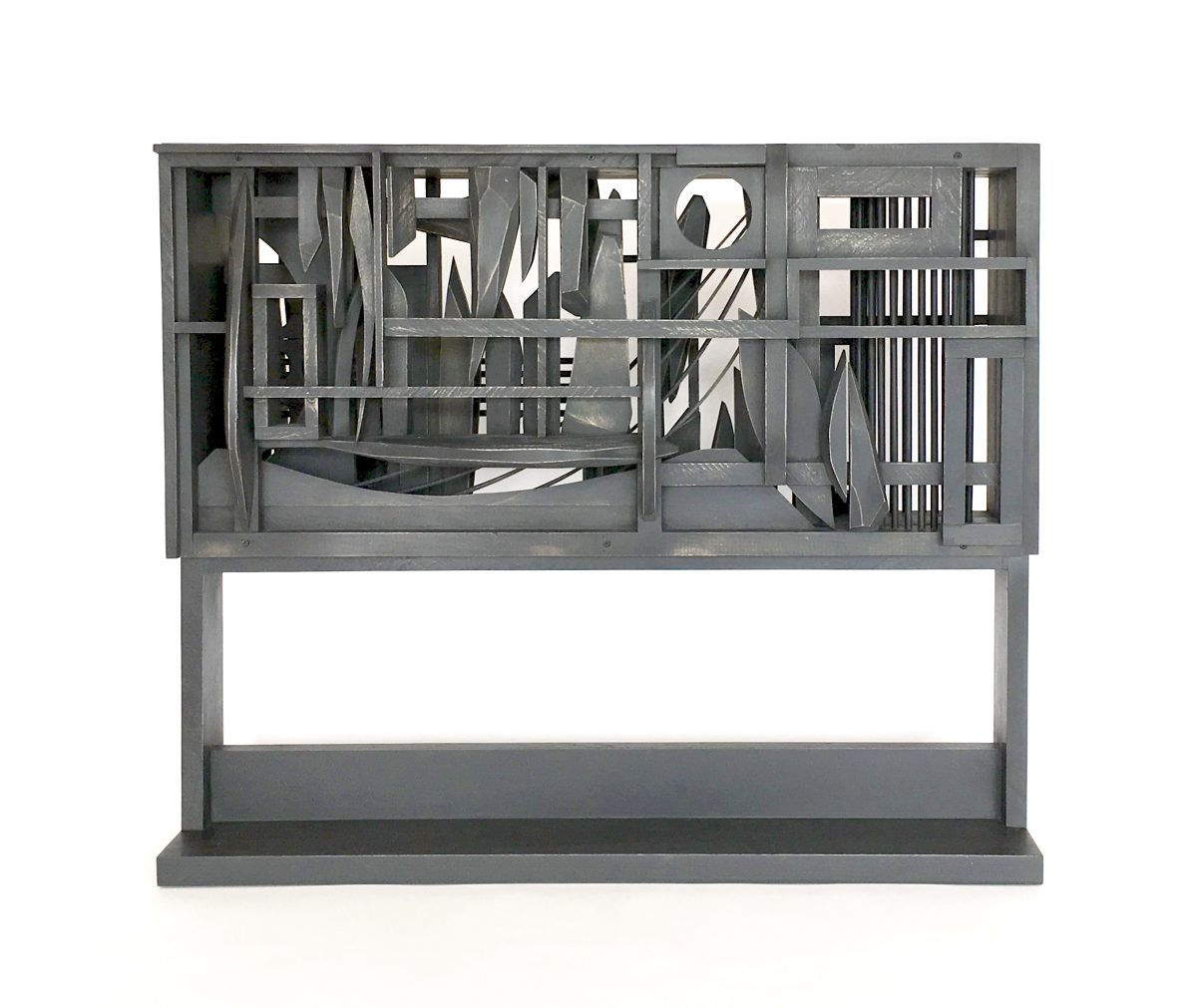 David LeCheminant was a glass artist with a decade of experience when he moved from San Francisco to Salt Lake City in 2007. With proper studios and trained assistants in SLC in short supply, he found the transition difficult and would return to San Francisco “to work in a proper glass blowing studio.” It was on one of those trips that he visited the newly rebuilt DeYoung Museum, where there was a retrospective exhibition of Louise Nevelson. “Until that moment, I didn’t believe in love at first sight, but that exhibition changed that idea — and changed the ultimate direction of my career as an artist,” he says.

The retrospective exhibition included a broad range of works, including earlier, small self-portraits and later gold-painted installations. “But nothing in the retrospective spoke to me like the all-black assemblages,” LeCheminant says.  “There were several room-sized installations in the black-painted-found object-genre, but the human scale of ‘Sky Cathedral’ and mastery of composition knocked me over and made a significant and lasting impression on me. I hope to see this work again to see if the love still burns as strong. I imagine it will.” 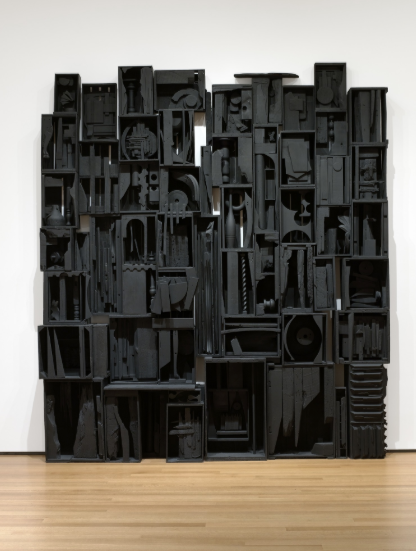 Louise Nevelson’s “Sky Cathedral” at the Museum of Modern Art

That discovery came at a time when LeCheminant was taking a break from his art career to care for his parents. When, several years later, he returned to art, he knew glass was no longer his passion.
“With my memory of Nevelson, and knowledge gained from experience in construction, building and materials in general, I switched gears and began working with wood as a sculptural medium. Wood is natural, sustainable and imperfect and I often leave both the natural imperfections and those created via process as added visual texture — a record of the material’s origin and vulnerability and a subtle reminder of our own natural and imperfect state.”
Serendipitously, LeCheminant was commissioned by The Sundance Film Festival to create an installation that paid tribute to Louise Nevelson. The installation has been used every year since as part of the Cinema Cafe Set.
As much as he was taken with Nevelson, LeCheminant knew he had to develop his own voice. “I think of myself as a both an artist and a craftsman – equal parts concept and hands-on doing. I have always respected the egalitarian and accessible nature of craft, with its material emphasis, which drives me to find atypical approaches to the material, allowing me to communicate my concepts in new ways. I combine ideas from nature, urban living and contemporary culture then use the language of form to express myself in a way that is synthetic, abstract and contemporary, working from concepts that are direct and contain intrinsic personal meaning.”
On Saturday, Feb. 15, Park City’s Meyer Gallery will open a two-person exhibit, featuring the work of LeCheminant and Jeff Pugh.  LeCheminant will be showing works from his “City People” body of work — abstract constructions, mainly of strangers he encounters as he moves through the city. (The gallery has also asked to exhibit some of his glass works.)

“While I have — and still — move between wall assemblages and free-standing sculpture, and I often use color, the seismic influence of the Nevelson retrospective will forever be in the spirit of my work.” 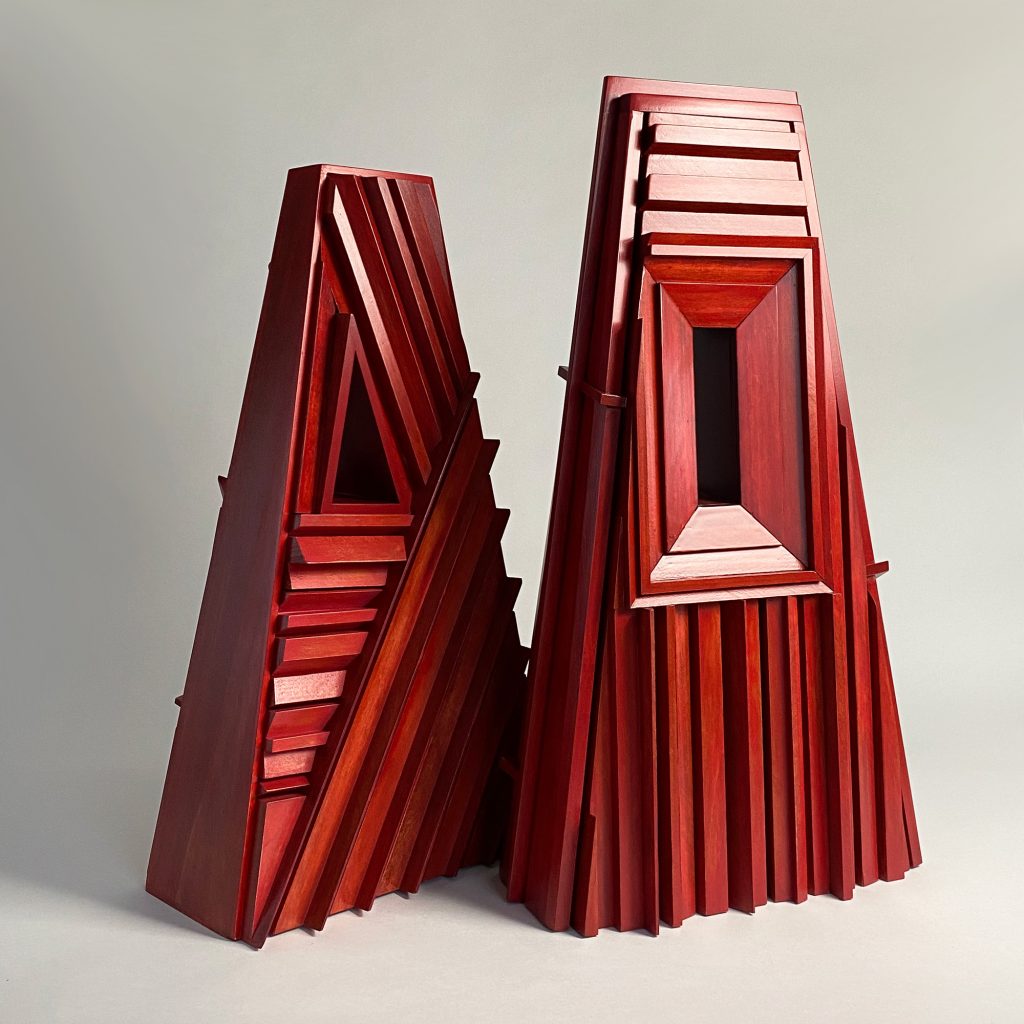 You can view more of the artist’s work at davidlecheminant.com