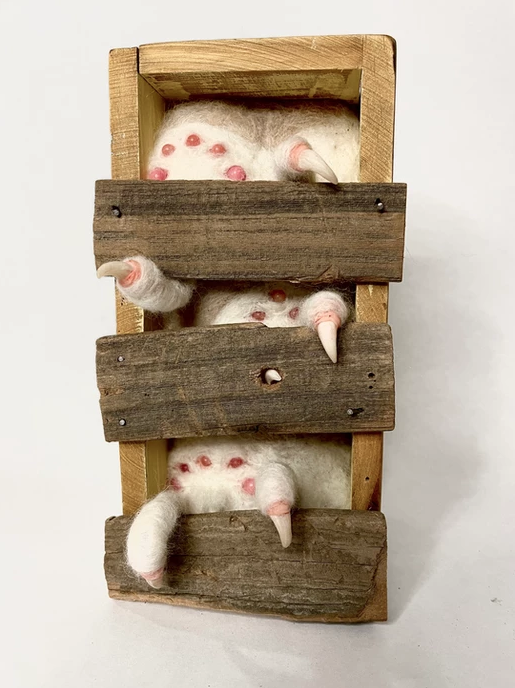 One artist I can never get enough of is Alison Neville, so when I saw that she had curated a room full of art at BDAC, nothing could dissuade me: least of all the advance photos. The photos matter because the show in question, CreepyCute, contemplated a familiar, but unstudied dividing line: the point where something that is cute shades into and becomes creepy, or more popularly, something creepy somehow becomes cute. It turns out that the point in question is finely-scaled enough to be commonly lost in photographs. Think of all those “when you see it” moments posted online, where a harmless snapshot or selfie turns ghastly when an almost-hidden detail finally catches your eye.

CreepyCute is the project of an artist using the appropriate moniker Little Teeth Marks. It should be clear at the outset that neither of the subject parts — neither creepy nor cute — takes priority over the other. Some of the represented creatures are initially off-putting, only to eventually charm the viewer, as so often happens in real life. An angry monster turns out to be a butterfly, or a two-headed snake smiles on one end, but appears to be dead on the other … and, well, the live end is cute. At other times, getting close to something cute reveals that it has three eyes or, in an invitingly furry face, a set of tiny, needle-sharp teeth. 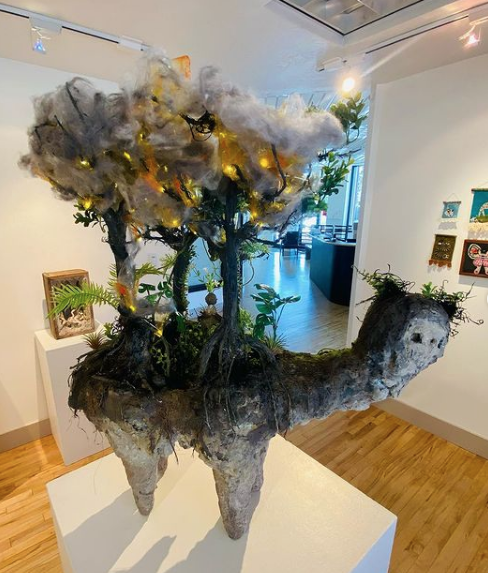 While this might sound like a dispensable exhibition, it’s important not to judge prematurely. The issues are important — central, even to human sensibility. In the middle of CreepyCute stands an undeniably captivating wonderland, an island jungle that includes a pair of trees with jade plant-like leaves, surrounded by ferns, split-leaf philodendrons, and moss, among which sits a tiny human figure. Stars twinkle in the treetops, even in daytime, and the scene is so charming, so wish-fulfilling, that it might take a moment to realize that it’s all growing out of the back of a llama-like animal, down whose sides the vines and the roots of the jungle plants twine towards its stony legs. No matter how disturbing it may look overall, however, the jungle remains a garden of delights. In other words, it’s a human-scaled encapsulation of the Arcadian contradiction — Nature, red in tooth and claw — we all inhabit but would like to overlook.

So often cute and creepy have only a mote of daylight separating them. Like garden vs. jungle, the products of a viewer’s distance, whether physical, emotional or even spiritual, from whatever that viewer contemplates. Cetaceans evolved into life as land-dwelling, carnivorous mammals, but have become human favorites since they returned to the ocean as so many species of whales: the largest animals, eating creatures invisibly small. Seeing a porpoise with four legs and teeth ought rightly to be a frightening thought for another mammal that is the same size, and far less physically competent, even if the predator porpoise is fuzzy, woolen, soft, and cuddly. 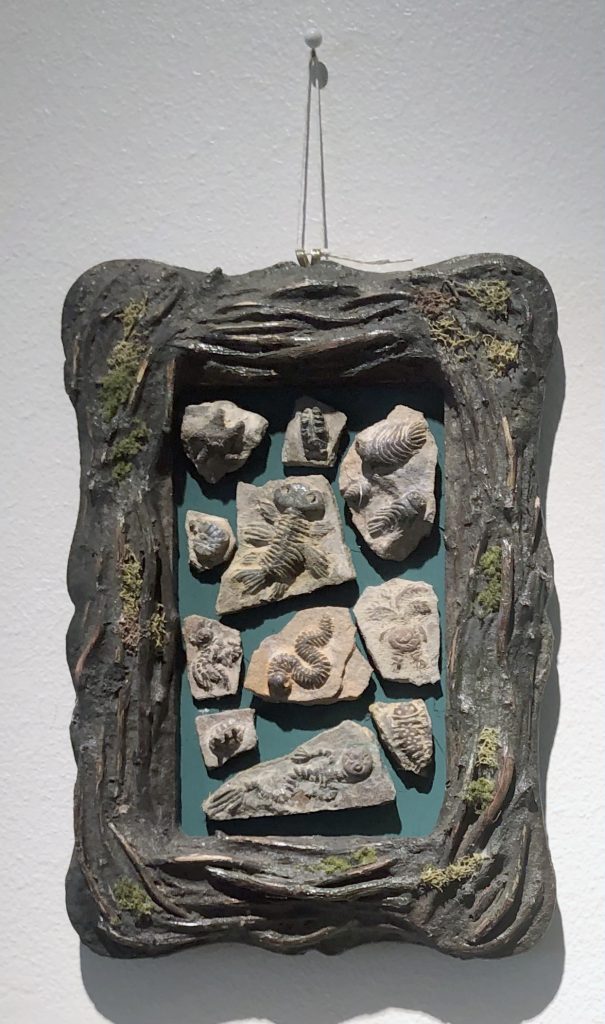 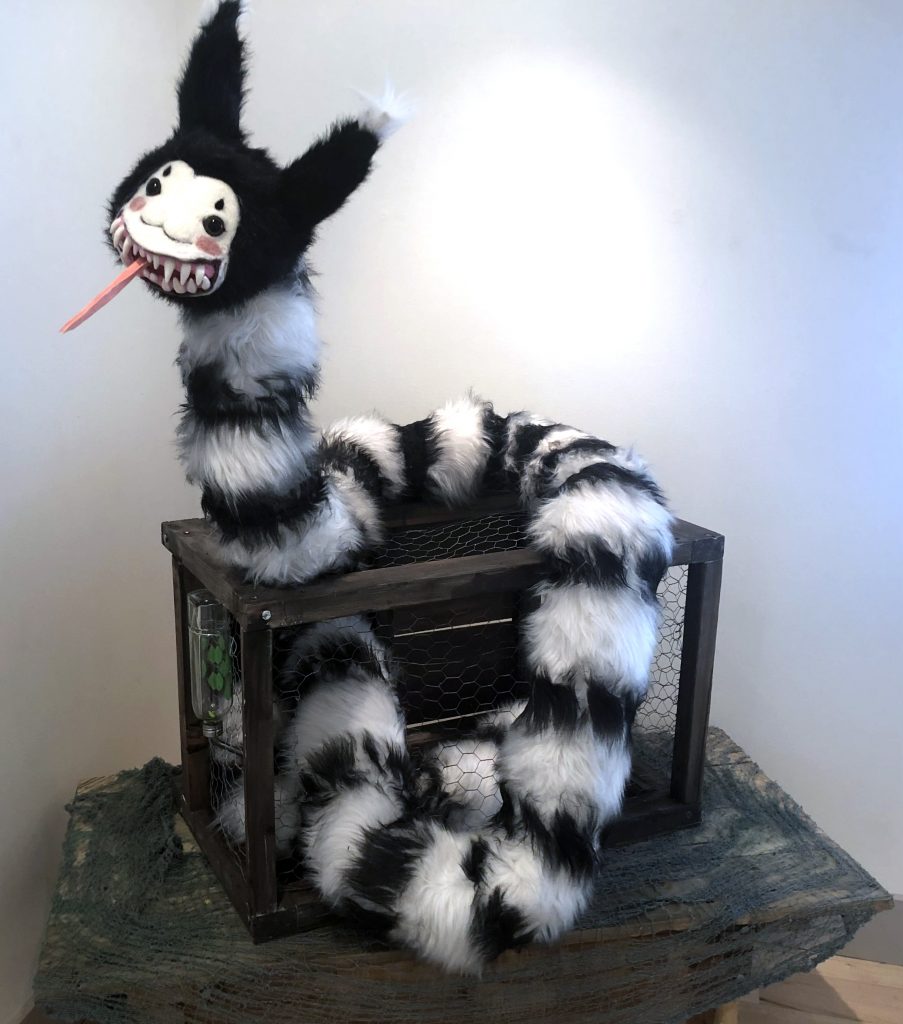 A handful of individual titles will give a sense both of the artist’s range and their wit: “Pug Bug in a Cage,” “Cat Snake in the Birdhouse,” “Crated Cave Creature,” “Mossy Viper About to Strike,” “Toothy Television,” “Spooks the Caged Catopus,” “Fuzzy Fly Trap,” “Escaped Roots” and “Bunny Headed Succulent” can all be found collected together like souvenirs on the desk, beneath that indispensable artist’s filing system — the corkboard. Should there be any question about the timeless nature of CreepyCute, there are fossilized examples mounted and framed nearby. And some of the friends carry their cages with them, but their fangs and claws are out here with us, while their bodies remain safely inside.

Andy Warhol made the entire world of adult art pay homage to the childhood comfort of a bowl of Campbell’s soup — and do so eventually to the tune of millions of grown-up dollars. Now that some Little Teeth Marks can be seen around the periphery of Warhol’s world, perhaps it’s time some other characteristics of children’s sensibilities and aesthetic taste receive some long-overdue attention. We tend to erroneously connect serious with somber, but just because it’s playful doesn’t make it any less serious. 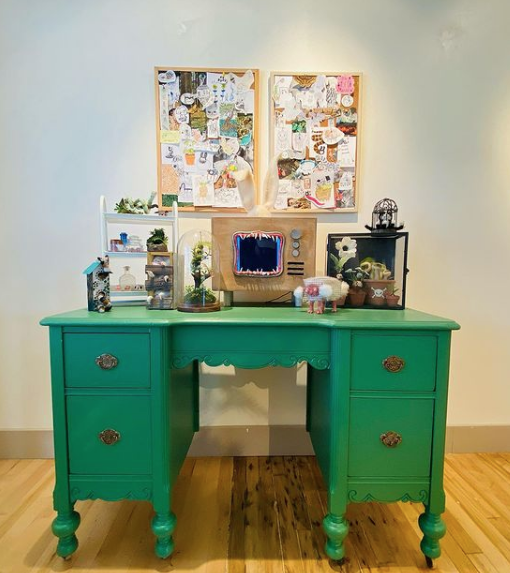