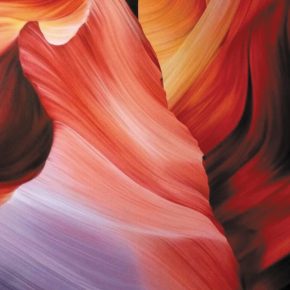 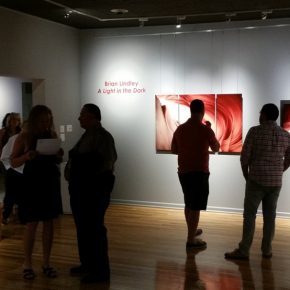 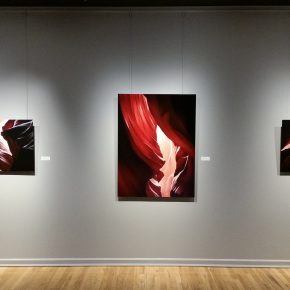 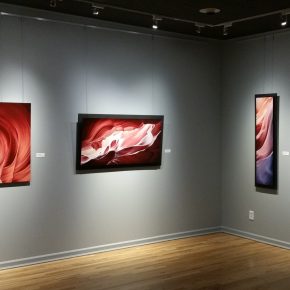 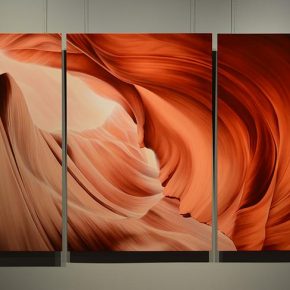 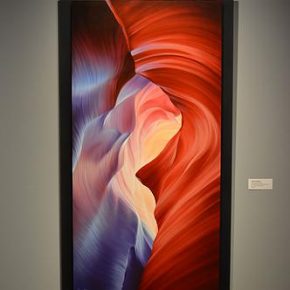 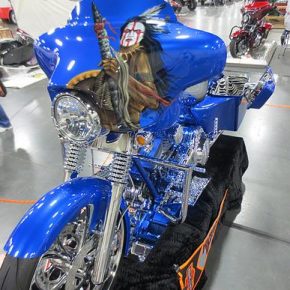 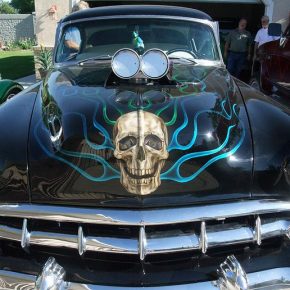 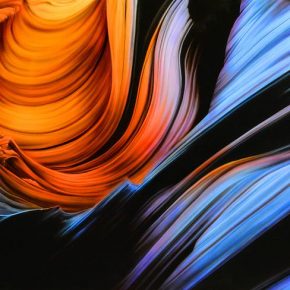 Though you won’t expect to find the owner of a Harley, custom-finished with devilish skulls, running in similar circles as the owner of a delicately rendered redrock landscape, they both may be getting their art from the same source: Brian Lindley. After a decade working as an airbrush artist for custom car and motorcycle shops, the Salt Lake City native has turned his attention to fine art landscapes, many of which are now on exhibit at Finch Lane Gallery.

Lindley comes from a long line of Utah artists and after beginning with watercolors at an early age he experimented with all kinds of artistic mediums. “When I discovered the airbrush about 12 years ago I was hooked,” Lindley says. “There was such a wide range of possibilities with this tool it was hard to go back to a paintbrush.”

Two years later Lindley found a job at Coonyz Custom Chopper, a custom motorcycle shop in Sandy. “It was there I learned how to perfect the airbrush and paint just about anything on any surface.” Painting everything from Indian braves to T.rexes, Lindley has worked with all kinds of clients to give their vehicles an individual look. He has won several awards, including Best Airbrush Artist by Harley-Davidson of Utah (2012) and the Best Motorcycle Paint Award (2013) in the Utah Autorama, and his work appears on the set of the FX series Sons of Anarchy.

Though he still works at Coonyz, in the past few years Lindley says he has shifted his artistic focus, concentrating more on the fine art community, using his airbrush to depict the structures and colors of southern Utah. “I spend a lot of time in southern Utah hiking and boating and have always been inspired by our redrock landscapes,” he says. Working from his own photographs, he uses the skills he honed at the motorcycle shop to create detailed paintings of scenes from Lake Powell, Zion and Moab.

His most recent works, on display at Finch Lane, focus on the slot canyons of Arizona. “I was inspired by the way light moves through slot canyons and creates a whole new world of light, contrast and colors.” At first glance the works look photographic, and as photographs these types of images are ubiquitous in galleries and gift shops in Utah. Lindley’s use of automotive products and clear coats on aluminum panels, however, gives the works an added luminosity and depth. It remains to be seen if the artist is willing to transfer them to your RV or four-wheeler.

“A Light in the Dark” is at Finch Lane Gallery, located in Salt Lake City’s Reservoir Park, through the end of July. A reception will be held during Gallery Stroll, Friday, July 17.