Scott Abbott’s books include Fictions of Freemasonry: Freemasonry and the German Novel (1991), Repetitions and Vampires & A Reasonable Dictionary, both with Žarko Radaković (2013, 2014), and Wild Rides & Wildflowers: Philosophy and Botany with Bikes, with Sam Rushforth (2014). His meditations on the death of his brother John of AIDS appeared as Immortal For Quite Some Time (2016), winner of the 2017 15 Bytes Book Award in non-fiction. With historian Lyn Bennett, he recently published The Perfect Fence: Untangling the Meanings of Barbed Wire (2017). Translations include Peter Handke’s A Journey to the Rivers or Justice for Serbia, Handke’s play Voyage by Dugout, the Play of the Film of the War, and Handke’s poetic meditation On Duration. 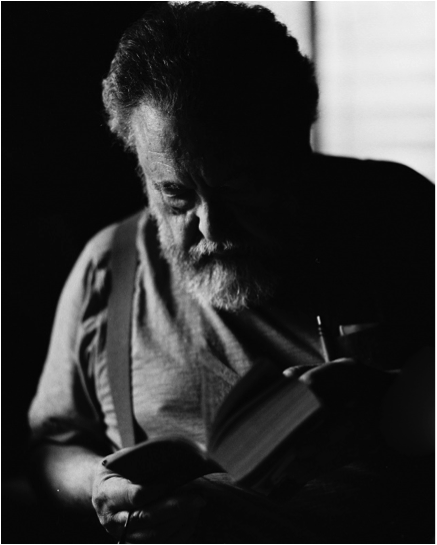 Alex Caldiero is an Idiot: Performing the Chapbook

Alex Caldiero is an idiot. That’s not my assessment, but the judgment of the “frendly naybohood Sonosopher” himself: ALEX CALDIERO IS AN IDIOT wiser folk have said as much could I do anything less? I’ve also been called an asshole, which designation I’m not willing to accept. I’d […]