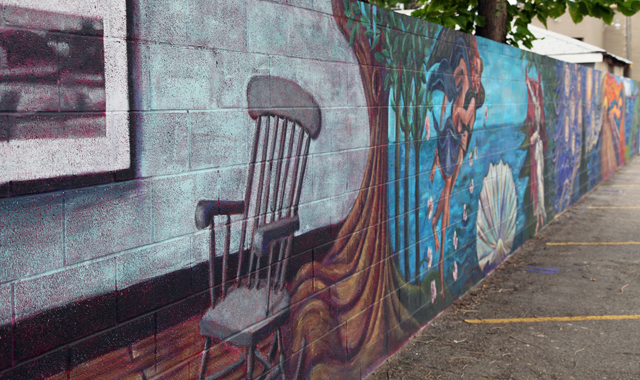 South Salt Lake, which hugs the State Street corridor between 2100 South and 3900 South, is, for many, just a pause between Salt Lake City and Murray. But if you’re interested in towns that like to spruce themselves up with art, South Salt Lake is worth a detour off busy State Street (and if you get hungry you’ll find diverse culinary options along its streets). As most of our readers will know, South Salt Lake is home to Spectrum Studio and Poor Yorick Studios, two of the best-known artist spaces in the valley. It’s also home to a number of public art projects — from commissioned murals to painted electrical boxes and fire hydrants — and garnished with eclectic personal creativity.

Check out Liberty Blake’s photo essay in the September 2013 edition of 15 Bytes.

Tagged as: by Liberty Blake