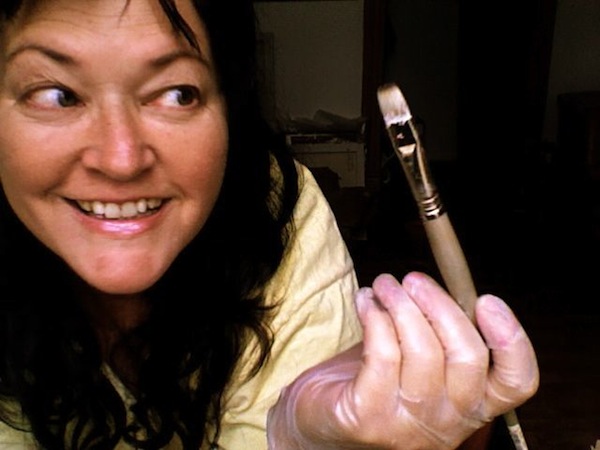 Pottier-Hickman is a 5th generation Acadian, originally from Belleville, Nova Scotia.  That region’s worn, used feel, its unique atmosphere, continues to inform her approach to light and the emotions they generate.  She draws on memories of extensive travels in Italy, Greece, and Spain, as well as many years spent in Montreal where she was wife and amanuensis to a well-known poet.

Her Maritime roots, however, are now being watered by desert landscapes here in the American southwest. Pottier works primarily in oils, often reaching for her camera in lieu of plein air painting.  Landscapes and still-lifes are a principal focus.  Depending on the mood or energy of a photo, it can become a a painting, such as “Green Truck”,  which is underway to becoming a 36″ x 18″ painting.  Bold, saturated color is as much a part of the picture as the subject itself. Her landscapes  – which could almost be called “land-escapes”-  and still-lifes depict not so much precise surroundings, but strive to convey the emotional realism of intensely felt perceptions as triggered by a time, place, or thing.  Some of her favorite influences include Edward Hopper, Milton Avery, Georgia O’Keeffe, and Matisse among many others.

In the belief that all great art is an attempt to stop time, a means of cheating death,  she often seeks to capture that moment in which an object or scene stands completely apart from its everyday context.  This hunting for just the right light and object is a never-ending, exhilarating game.  Pottier hopes her work will strike a chord of recognition, and above all else, give viewers a simple, mysterious pleasure.

Love and landscapes brought her to Davis County, where she lives with her husband Grant.  They hope to move south of SLC to be closer to some of the most spectacular land-escapes and the canyon-lands’ vital silence which they both enjoy so much. 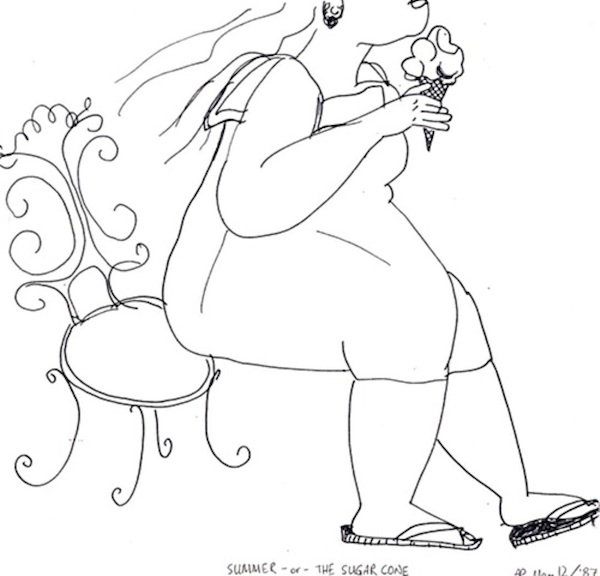 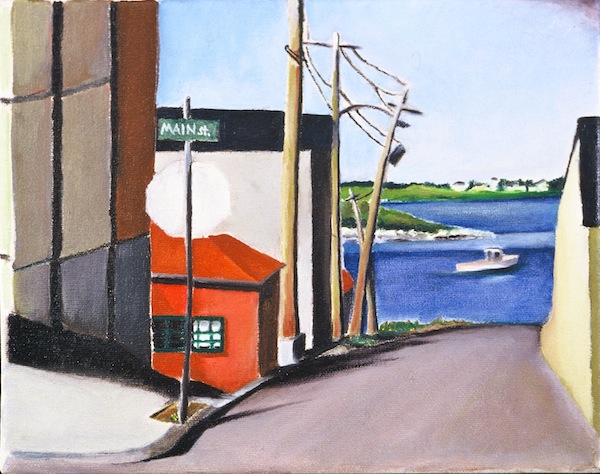 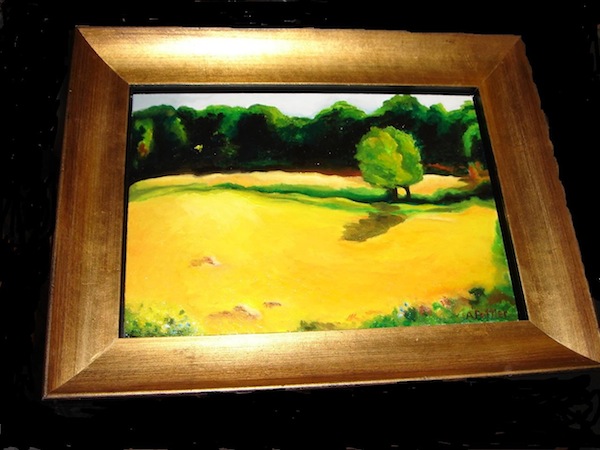 After Ettore’s ‘Light in August’: 14” x 16”; oil on artist board; 2000; sold. This is my homage to the great Italian landscape painter Ettore de Conciliis, my host on numerous trips to Italy with my first husband. 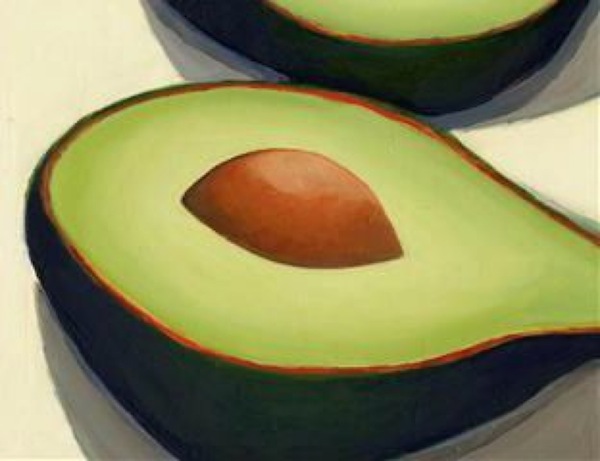 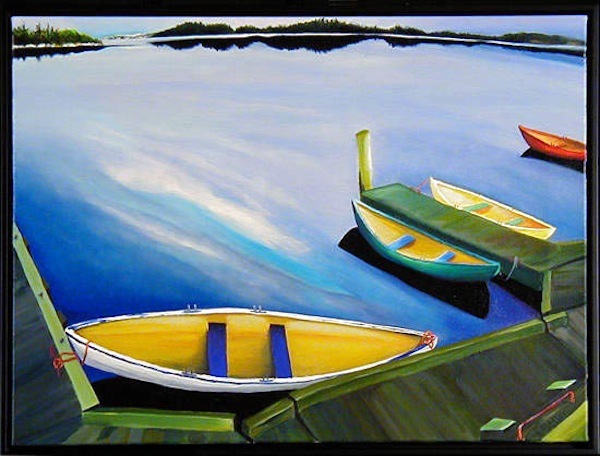 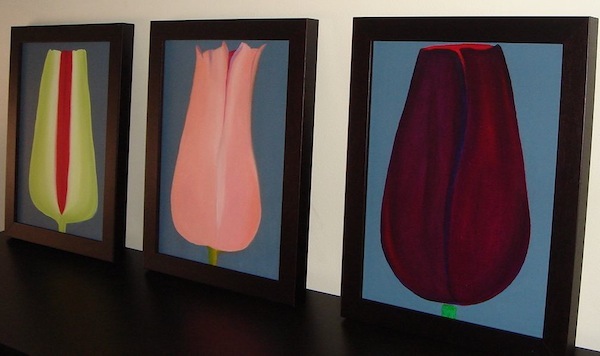 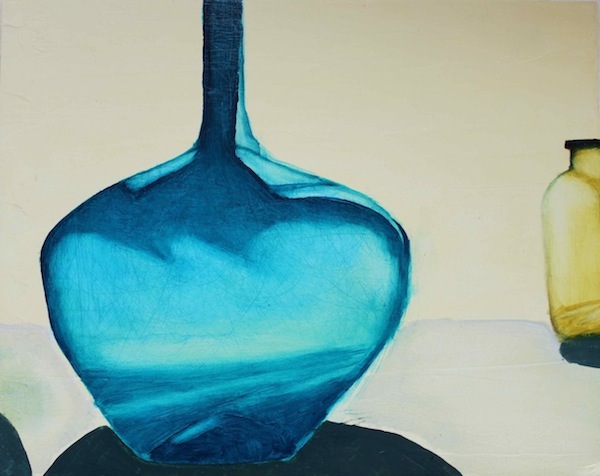 Bottle on Window III: 8” x 10”; oil on masonite; 2011; in progress. One of a series of brightly colored imaginary bottles on an imaginary window sill. 90% complete. 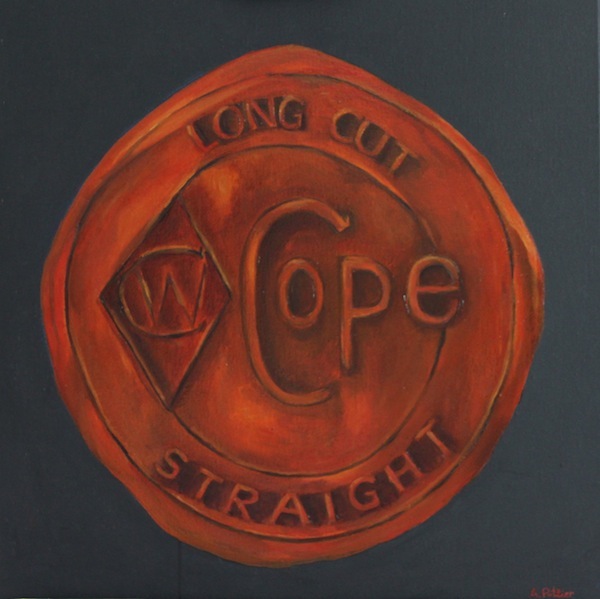 Cope II: 24” x 24”; oil on canvas; 2012; available. This is a painting of a battered lid from a tin of Copenhagen chewing tobacco. Found it near Panguitch, UT. Meant to evoke the old west, not to endorse the product. 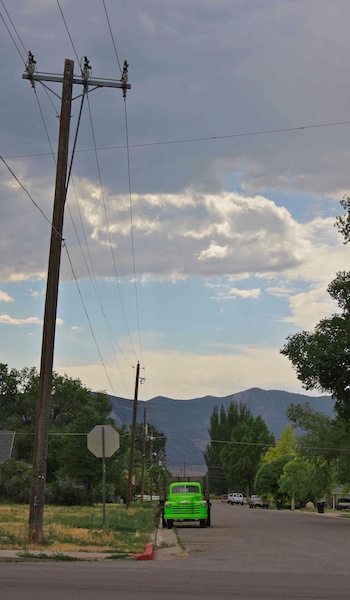