A Touch of Chelsea in Central Utah 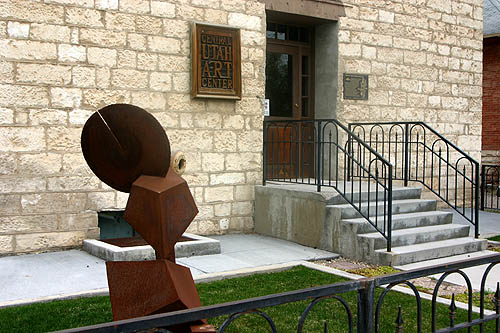 Adam Bateman is bringing a little bit of NYC’s Chelsea to his native hometown of Ephraim, Utah. The warehouse district turned art hotspot on New York’s West Side couldn’t have less in common with the small town of Ephraim, located in Utah’s rural Sanpete Valley. But the new Central Utah Art Center hopes to change all that.

The Central Utah Art Center (CUAC), housed in the pioneer era Ephraim Roller Mill, has long been a fixture on the main street of Ephraim. But until recently, the Center had served only as the repository of a number of traditional landscape paintings that rarely changed. Now, video and installation artists who normally show in New York and European capitals are being shown along with Utah artists working in a contemporary vein. 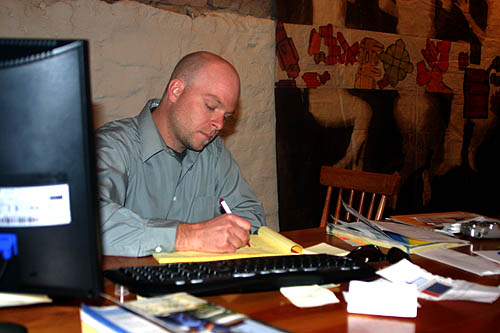 This transformation of the Art Center is a result of the vision of local boy, Adam Bateman, who found himself returning to his hometown after a decade of studies, which culminated with an MFA from New York’s Pratt Institute in 2003. After securing gallery representation with New York’s Gallery Boreas, Bateman decided to return home to Ephraim.

At first, Bateman began running a community English as a Second Language program for migrant workers in the area, but when the former CUAC faced closure, Bateman quickly stepped in to provide a vision and the necessary direction to make the vision a reality. When the Art Center lost one of its funders, Greenthumb, the paid docents who manned the center quit and Center Director and President of the Board, Kathleen Peterson, considered closing up shop. Bateman told the board that if they would hire him as the director (Peterson had been unpaid) he would not only increase attendance but would make the Center a formidable art venue with a series of contemporary exhibitions.

Despite its rural location, Ephraim has some features that helped the formation of the CUAC. The town is home to Snow College, with a number of artists, professors and instructors interested in Bateman’s efforts with the Center. In addition, Sanpete County is home to a number of artists and, as in the case of Spring City, many part-time resident artists with national reputations. But what Bateman went about creating was unlike anything the area had seen. Even few venues in Salt Lake come close to doing what Bateman has set up.

With the board’s support and funding, and the donated space from the city, Bateman went to work. First he took the old paintings down and had their owners pick them up. Some had been up for a number of years, ill at ease on the uneven walls of the limestone building. The oolite limestone bricks, typical of the valley’s early architecture, have been exposed both on the exterior and on the inside walls of the upper level. All the rafters and old floor joists have been left exposed. The result is a very clean, sparse, solid space, the old materials and architecture juxtaposed against the very contemporary work displayed.

Next, Bateman began developing shows that fit the Center’s new direction. The most recent exhibit, which came down at the end of April, featured the work of video artist Elizabeth Neel. Three large TV screens showed seven loops of video, created by the artist, which featured an unchanged shot of varying activities: hands clean the innards of a fish, a woman stands in a wooded landscape, a man watches the World Cup. Simultaneously, on three separate walls, projectors displayed three videos caught in a continuous loop of a few seconds. A rider is in the process of being thrown from a bull; a horse shakes its mane and body; a ghostly-lit stallion moves slightly while seated on the ground. (For a review of the show, see the article by Brian Christensen)

This type of Contemporary Art, comfortable in the postmodern world of cultural identity and artistic experimentation, is what Bateman is most interested in and what he wants to bring to the Center. He speaks of creating an “ethos” a certain context for the Center, by bringing national and international artists (and critics) that will provide recognition and clout to the space so that when he shows Utah artists working in a similar genre there will be a certain level of appreciation and respect, both locally and nationally. “What I’d really like to do is show a mix of high quality artists from out of state and really good contemporary artists in Utah and some of the best, most reputable artists in Utah who may or may not be contemporary artists.”

Not all of the shows at the Center will be something out of Manhattan. The CUAC will also serve the artists of the area. This month, the work of Sanpete High School students, co-sponsored by Snow College, will be on display. In July, a juried show entitled the Sanpete Summer Salon, will feature the work of Sanpete artists. 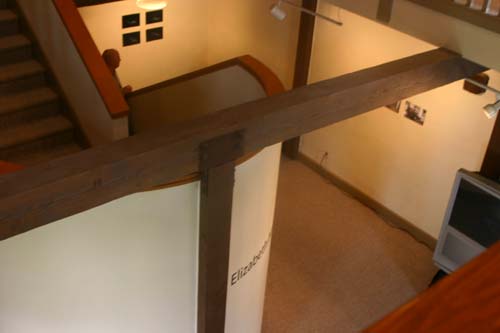 Bateman’s vision seems to be working. The Center has gone from having an average monthly attendance of thirty to over six hundred in recent months with the number increasing monthly. Bateman estimates that about a third of these are visitors from the Wasatch Front. Upwards of forty of these are coming specifically to visit the CUAC, a fact which can’t help but please local business people.

Bateman has also seen the number of local visitors increase. He realizes that the average citizen of Ephraim may not be comfortable with the work he is displaying, but he is eager to use the Center to create an educational atmosphere. A recent exhibition of abstract pieces served as an interactive learning experience with the community. “I think people are really eager to learn,” Bateman says. “I think abstract paintings are a good teaching tool because people come in and are like ‘I don’t know how to look at an abstract painting,’ and I say ‘Well, here are some things to look for in an abstract painting.’” So far the experience has been very positive. “People may not like the paintings when they leave,” he says, “but they can appreciate what the artist is doing and the next time they look at abstract painting they know what to look for.”

As funding for the Center increases, Bateman and the board plan to increase the educational component of their mission. They intend to have Snow College volunteers teach art classes in the Elementary School, where little or no arts education is being offered. The basement of the center will be used to offer art classes to children and adults. As funding increases, Bateman hopes to hire an education coordinator to run these programs. 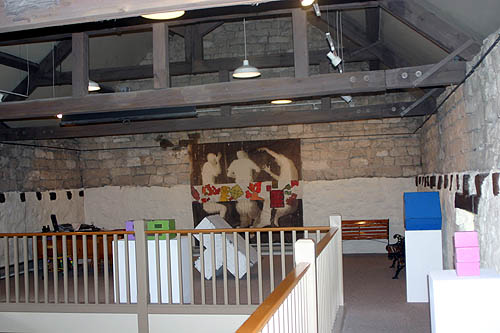 To learn more about the center, their exhibition schedule and how you can help their continued efforts to bring high-quality contemporary art to central Utah, visit their website atwww.cuartcenter.org