Graham Brown’s YOU at the Rose Wagner 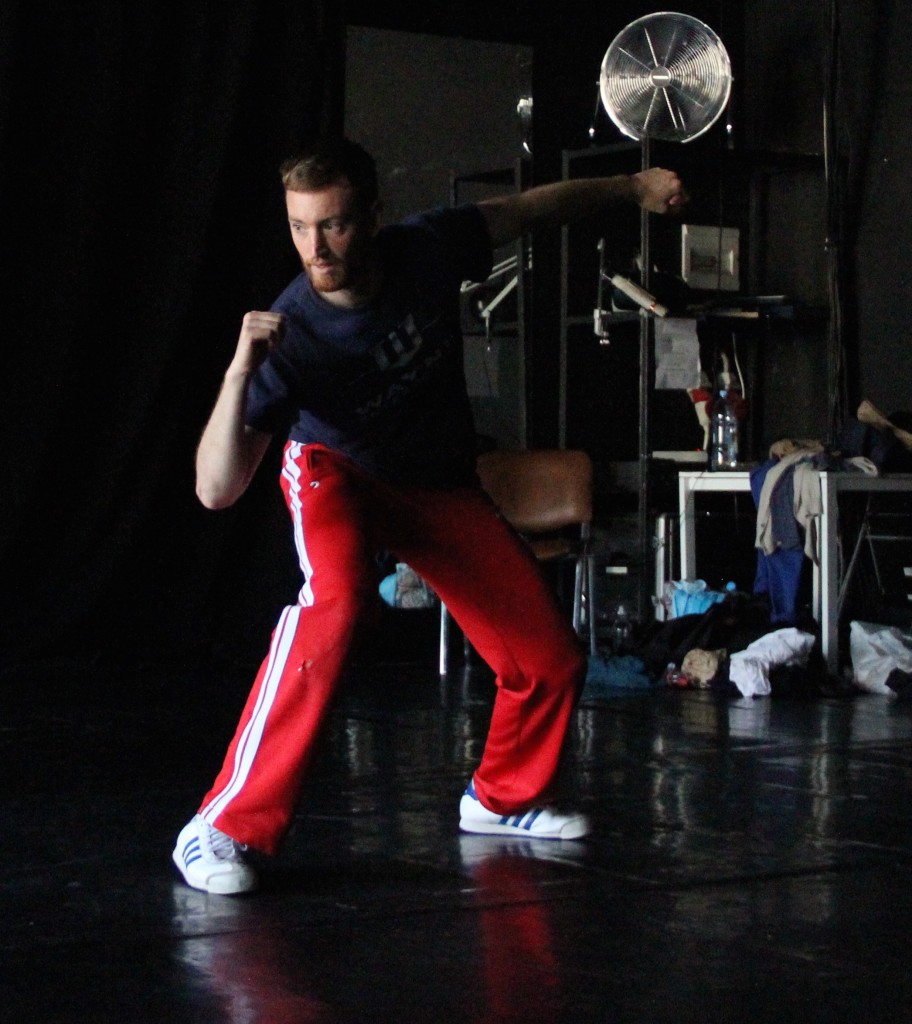 YOU, an immersive, interactive dance production choreographed by Graham Brown is running a total of six times at the Rose Wagner Black Box over this last weekend of January.  This performance invites the audience member you, (and me) to enter into the space and play a role in what is taking place.

My night started with doing the kid hand off with my husband (who made it just in time), picking up a friend who wanted confirmation that her pants were cute (they were), and scoring the perfect parking space right in front of the Rose. Together we walked into a completely open black box theatre where groups of people were dancing as if at a club, while others stood on the sides and watched or talked amongst themselves.  I wanted to dance so I did, my friend wasn’t as inclined, so we talked while I shook my shoulders and moved my feet to the beat.  The space was littered with everyday objects from home life; a fridge, a bed, a couch, clothes, a handwritten note…and we were free to rummage and explore.  I found an electric bill for $35 and thought that seemed pretty low; must be a small house or apartment.  It was refreshing to see several children at the show, and the loud music and free structure absorbed any extra noise or irreverence.

Suddenly the group that was dancing in the middle of the room started into unison choreography, a scene that I wish for every time I go out dancing.  The movement is a blend of the release common in Utah’s modern dance scene alongside what you may see at a rave. Eventually this dissipates, and at one point the words of a song are passed out and we all sing together as one group. Even though I was unsure of the tune and don’t sing well, I liked this, it made me feel connected to this impromptu community.  Little vignettes of everyday life start to unfold; a babysitter reads a bedtime story, someone makes an agitated phone call, a couple juggles the care of a child. Several things are happening at once and it’s hard to know what to watch.  I didn’t want to miss anything important, but at the same time am grateful for the dimensionality of the space.

The four main characters, Keanu Brady, Mikayla Ellison, Shawnee Jo Haycock and Jersey Reo Riemo move smoothly between the roles of dancer and actor, performer and pedestrian.  One moment they are developing a story line and the next they are asking an audience member join them in a dance.  Although I was enjoying all the pop-up scenes at one point I began to ask myself ‘what exactly is at stake here?’  Then, as if on cue, a more developed vignette appeared: Brady and Ellison at a table for two experiencing the passage of time in the form of love, passion, stress, alienation, children, frustration, adoration, tantrums…family.  The relationship between these two is very clear and emotionally moving, at one point in the show they again experience the passage of time and life in general through rapid and continuous wardrobe changes.  Less narratively clear, but deeply physically embodied, is the relationship between Haycock and Riemo.  These two fill the space with undulating torsos, quick aggressive strikes of hands and legs, and playful stances and breaks.

The evening culminated with what we all need: a hug.  A really long hug.  As the performers hugged I could feel that the intent was for us, the audience, to break down a barrier and hug one another.  We had shared an evening together: dancing, watching, and singing.  I wanted to hug the friends that I was standing next to, and I craved the human interaction that I saw the performers experiencing, but as no one else that I could see in the audience was taking the cue I let the moment pass.  Maybe I’ll just have to go tomorrow night to get my hug in.  You should go as well.  In fact, maybe I’ll see YOU there.

Erica Womack is a choreographer based in Salt Lake who also teaches at SLCC.