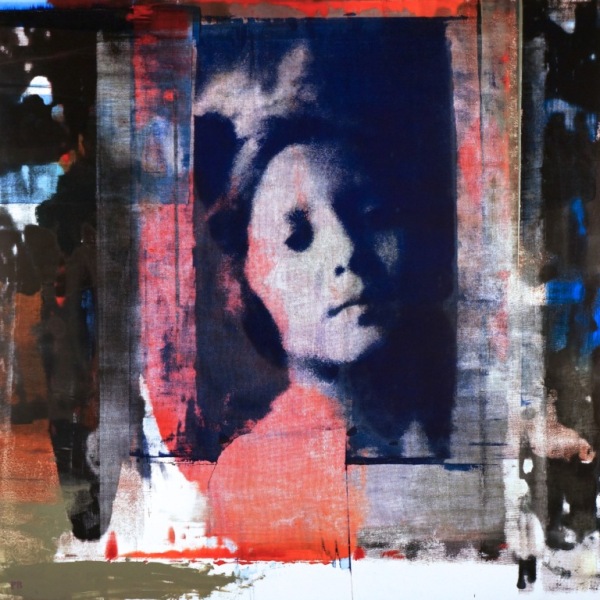 Collecting and displaying damaged artifacts, like broken pottery and scuffed postcards, was almost certainly a matter of necessity before it became a preference, but if the choice is between a flawless replacement and an original that shows a mixed patina of age, history, and prior condition, the latter will beat out the former on account of its palpable authenticity. Philip Buller is not alone in his apparent conviction that the characteristics of age and use are sources of great beauty, ones that also lend feelings like depth and warmth to images of contemporary life.

In the 18 paintings on exhibit at Julie Nester through March 27, the focus is on images from found photographs that Buller has layered and manipulated, sometimes using the same photo in contrasting ways in different paintings. While it might be as simple as his being unwilling to settle for a single approach for envisioning a subject, treating the image differently allows us to imagine someone who survives in a single photo at different moments of her life, as in “Gitana,” “Ourself,” and “Darkness.” Sometimes a single photograph appears several times in the same painting, which can lend an antique appearance a distinctly modern feeling.

Anyone who studies old photographs will know the effort that went into making them look like the dominant medium that photography was striving to replace: the formal, painted portrait. Underneath the embossed paper frame that replaced the gessoed wooden precedent, templates eliminated or masked the characteristic borders left by optical and chemical processes. Sometimes the image faded away where the light ran out, while other times brushstrokes revealed that the emulsion was applied by hand onto the paper. Only in the last half-century have some leading modern photographers allowed the evidence of such processes to show. Mistakes that would have been eliminated in the past have been brought to the fore, including the pixels that evidence enlargement of silver grain patterns. Buller in effect “quotes” these effects, painting through a variety of stencils and working in layers, rubbing some out and allowing others to show through like ghosts. Such strategies enrich these antique images while ushering them into not only the fact of the 21st century, but its look as well. 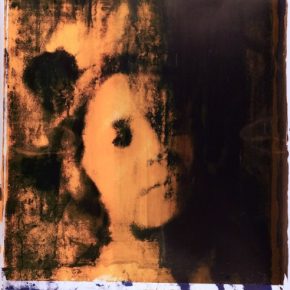 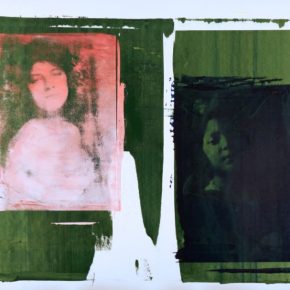 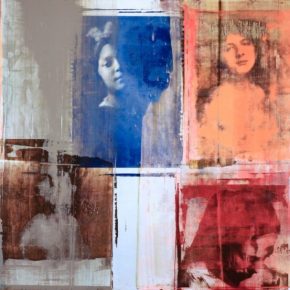 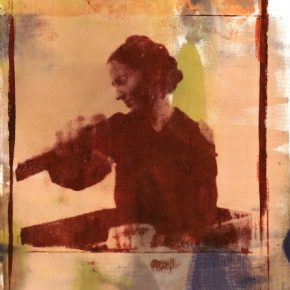 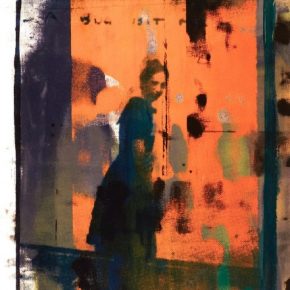 Of course, there are still more ways that modern pictures differ from older ones. Illuminated manuscripts were one-of-a-kind treasures of great value, while today’s books are identical copies, most of them cheap and disposable. Just so, painted portraits were unique and hard to copy, while photography initiated an age characterized by cheap, interchangeable, and disposable copies. Sometimes the value of the image, or lack thereof, seems to bleed back into the original. Those portraits we brought home from school, sleeves of identical faces sufficient for family and friends to share, were a benign variation on the file folders full of IDs serving the nefarious purposes of totalitarian and Kafkaesque bureaucracies. In fact, it was a common experience for immigrants, some of whom may be among Buller’s subjects, to surrender their names along with their homelands, leaving only photos, and later fingerprints, as evidence of their lives and fates. Something of that modern anonymity creeps into “How So” and “Blue Face,” and even “Look,” where a closer look reveals two women, not one, but raises questions just the same about their individuality.

There is a certain amount of blue, a primary color of mechanical reproduction, in these paintings, but no feeling of the Blues. Rather, a lively range of other primaries—red, yellow, and green, alternating with purple and gold, convey a sense, if not of ennoblement, then at least of sovereignty: a dignity surpassing the inexpensive processes that produced the originals. “Emma at the Oars,” in which the woman’s gaze down her oar conveys a universe of hints about her life and personality, does the opposite, as art should, of simplifying her. Two views, possibly of the same woman as was seen rowing, are particularly charming. One is titled “Bug Bit,” a dubious phrase that appears floating over her in the original photo. The explanation appears when “Bug Bit” is compared to another version of the same image, this one incorporating more of the original, in which all of what was written can be made out. “A Bug Bit Me” suddenly makes sense as the subject’s original narrative inscription on her picture. Together, the two works reveal something about the vagaries of life and the fragmentary stories that recount it, of how our knowledge of each other is never complete, but must somehow be found to be enough. The evidence that remains, if it survives, and, even better, is fortunate enough to be transfigured by Philip Buller, is the image of ourselves. 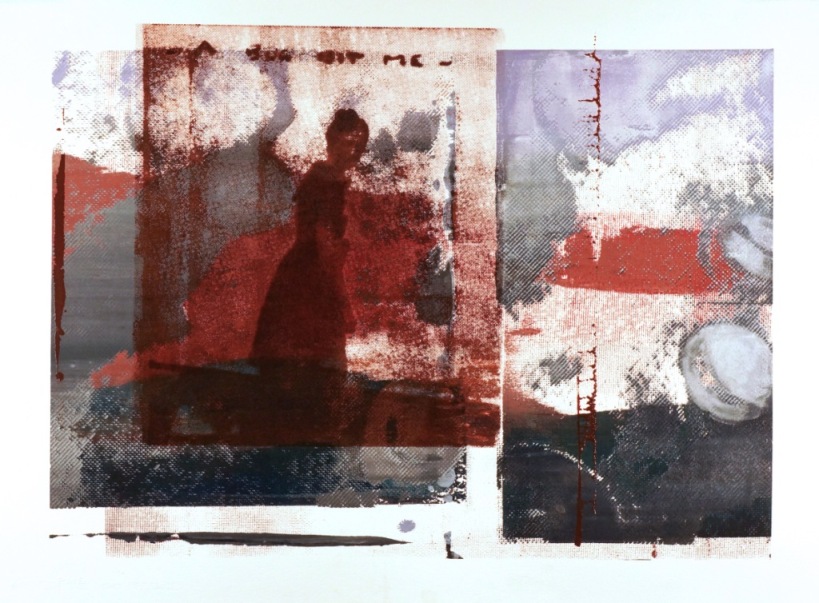