Target Shooting Inside the House: Gabriel Tallent’s “My Absolute Darling” 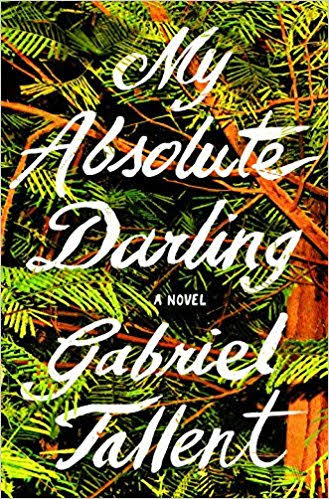 It’s an easy thing, in the bookselling industry, to give oneself over to hyperbole. This is not just because it is a business of sorts, and we want to sell books, but also, largely, because really good booksellers are always reading (always!), and after about five or 10 years treading the constant currents of new material being produced, the avid reader develops a pretty reliable sense for what he or she should pick up to read, and for what may be left alone.Because of this developed sense, we end up discovering a disproportionate amount of very talented writers and reading a great many very good books. And then we proceed to rave about them precisely because they really are very good books. But how, then, to approach a book that stands above and beyond such a context, a book that is so tempestuous, so unforgettable, that the narrative, the setting, the protagonist, are indelibly branded into memory?I was tempted to try to write about the debut novel My Absolute Darling by Salt Laker Gabriel Tallent as a thunderstorm of a book that appears on the horizon, ominously flashing, but the truth of the matter is that it’s really much more the storm that comes, of a sudden, upon an unsuspecting ship at sea and, even before escaping the first chapter, the reader is terrified, and inescapably in its clutches.

At the outset, we find 14-year-old Turtle Alveston living with her father, Martin, in their long since overgrown, Northern California home. It takes only a few pages and some indoor target shooting with the family Sig Sauer to realize that something’s not quite right about her life, and only a few more, the balance of the opening chapter, for all the horrifying details to come into focus, a few at a time.

Tallent, you see, does not need to save a sucker punch for the novel’s denouement because he has laid them, like landmines, in virtually every chapter throughout his remarkable debut — so much so that the reader begins to see danger at every turn, much like Turtle does. The difference, of course, is that many of us have the luxury of being shocked by the world that Turtle takes for granted. It is, though, the only life she has, and the only life she’s ever known, until a chance encounter with a stranded classmate leaves her with an acute awareness of an ordinary world lying only a stone’s throw from her own, a world that she wants.

It’s dangerous to say too much about the narrative of My Absolute Darling. It is, after all, a novel that takes many unexpected turns, most of which are truly shocking and ugly – but the end result, I would argue, all possible accusations of hyperbole aside, is an incomparable survival story, a debut novel infused with the same spirit and raw power as To Kill a Mockingbird, Of Mice and Men, and other works we consider to be modern classics, and it will hold its own among them.

The world Gabriel Tallent has written for My Absolute Darling is so vivid and so rich in detail that the reader feels confined to it, as if the reading were much more of a reality than usual, and reality a welcome respite from the book’s own dark happenings. His Turtle Alveston feels everything with the primordial ferocity only possible in someone her age, and those who read her will never, ever forget her.

Turtle locks back the hammer and brings the gun from hip to dominant eye, the sights level, coequal slots of light between the front sight and the notch, the tip so steady you could balance a coin upright on the front post. The card in contrast moves ever so slightly up and down. A bare tremor answers to his heartbeat. She thinks, do not look at him, do not look at his face. Look at your front sight, look at the top edge of your front sight. In the silence after the gunshot, Turtle relaxes the trigger until it clicks. Martin turns the unharmed card over in his hand and makes a show of inspecting it. He says, “That’s just exactly what I thought,” and tosses the card to the floorboards, walks back to the table, sits down opposite her, picks up a book he’d set open and facedown on the table, and leans over it. On the boarded-up window behind him, the bullet holes make a cluster you could cover with a quarter.

She stands watching him for three heartbeats. She pops the magazine, ejects the round from the chamber, and catches it in her hand, locks the slide back, and sets the gun, magazine, and shell on the table beside her dirty plate. The shell rolls a broad arc with a marbly sound. He wets a finger and turns the page. She stands waiting for him to look up at her, but he does not look up, and she thinks, is this all? She goes upstairs to her room, dark with unvarnished wood paneling, the creepers of poison oak reaching through the sashes and the frame of the
western window.

That night Turtle waits on her plywood platform, under the green military sleeping bag and wool blankets, listening to the rats gnawing on the dirty dishes in the kitchen. Sometimes she can hear the clack clack clack of a rat squatting on a stack of plates and scratching its neck. She can hear Martin pace from room to room. On wall pegs, her Lewis Machine & Tool AR-10, her Noveske AR-15, and her Remington 870 twelve-gauge pump-action shotgun. Each answers a different philosophy of use. Her clothes are folded carefully on her shelves, her socks stowed in a steamer trunk at the foot of the bed. Once, she left a blanket unfolded and he burned it in the yard, saying, “Only animals ruin their homes, kibble, only animals ruin their fucking homes.”