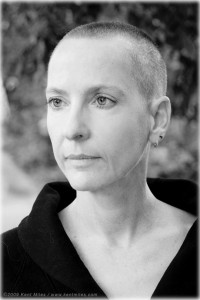 The Sunday Blog Read is a glimpse into the working minds and hearts of writers with a Utah connection. And we’re pretty confident you’ll be inspired.

So…curl up on the couch with your favorite cup-a-joe and enjoy!

We caught up with Katharine on the eve of the publication of her new collection,  The Earth is Not Flat (Red Hen Press), which will launch Friday, March 1 at the King’s English Bookshop in Salt Lake City at 7 pm.

15B:  This volume of poetry started with an excursion to Antarctica. I’m sure you had a vision, or notion of what the book might be like before you left.  How has that changed now that the book is out?

KC:  I hate to say it, but I don’t think I did have such a vision before I left, which was both frightening and exciting. Really, I was much more accustomed to writing about art, philosophy, and science/scientific ideas than about raw nature, which is what you are surrounded by down there. I knew, I think, that I was entering a situation and a world that were going to be in some ways completely new to me, and I was hoping against hope that all the advance reading I had done and was doing would somehow come together with and inflect the experience in such a way that (tada!) poems would emerge. Fortunately, the scientists were wonderful guides to and mediators of the world I was encountering, so that helped a lot.

The problem is the voices

I can’t get out of my head.  On the bridge, the captain’s playing

“Break On Through”; he’s been

Shipwreck, and Lost at Sea.  Meanwhile, the ship

Apart beam by steel beam; the ship is gnawing its own liver

And the sea is eating

A look.  Lean over

The rail, little one, lean a little farther.   The problem is the voices.  Sea,

You to sky; you are height

And depth and open mouth, and I am barely a morsel.  Sea, I can’t get out

Of my head, or is it you’re

What I can’t get my poor head around, what I don’t know how to measure—

So much as a gulp.  Measure from where the surface would be

If I could find it, if

Past into the trough and know

No better on the ride back up into yippee, though on the wave’s crest

I swear I can see South America.  This is the best

To the rail watching another wave crash all the way over the bow, over

In his bridge, the captain who will carry us through with his instruments

And playlist and steel-hulled

Gut, though he says everyone has a threshold, even him.  Chris and Jenny,

Most of the passengers

Green in their berths along with half the crew.  And me, I am used

To the world appearing

To wish me well.  All those summer weeks spent reading in the Jeep

While Dad careened us down

The roughest roads he could find, Mom rigged to some near

Thin rope.  Isn’t a mountain a wave moving slow?  I am

Used to the best

Kind of luck and a stomach that can ride out anything, even

Of my own hubris.  All day I stand on deck with the birds

That can sail across oceans without moving their wings.  Wherever

And gray, and I say Okay already, give me all you’ve got.

Those who love the wind, and.  Those

Who believe in words.  Or who believe

In time as if an instant were something

Anyone could measure, who believe anything

Can be divided into two.  Or three.  And.

Those who leave all the lights

Blazing the darkest night of the year; who sit

Alone under one lamp reading, waiting

For the eclipse even if the moon does

Take all damned night and the sun

As far as they must to find—

Who may, who knows, be the same

People.  Our friend Torsten says there are

Those who dream of climbing a ladder

Down any hole in the ice, who would, waving

Hats overhead, fling themselves into

Volcano or blizzard, into the sea’s

Lowest trough and over the next crest, and those

But what, are you crazy?  Who

The other, takes two hearts in hand

And sails into almost any

Earthly end, then returns to solid 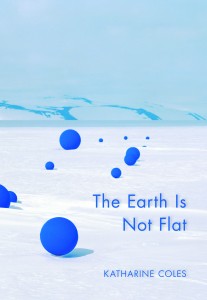 Katharine Coles’ fifth collection of poems, The Earth Is Not Flat, will be published on March 1 by Red Hen Press, which will also publish her sixth collection, Flight, in 2015. Her poems, stories, and essays have appeared in Poetry, The Kenyon Review, The Seneca Review, Virginia Quarterly Review, and The Paris Review, among many other journals. In 2009-10, she served as the inaugural director of the Harriet Monroe Poetry Institute for the Poetry Foundation; on stepping down, she traveled to Antarctica to write poems under the auspices of the National Science Foundation’s Antarctic Artists and Writers Program. She is a 2012 Guggenheim Foundation Fellow and a professor of English at the University of Utah, where she also founded and co-directs the Utah Symposium in Science and Literature. She served as the Utah State Poet Laureate from 2006 to 2012.