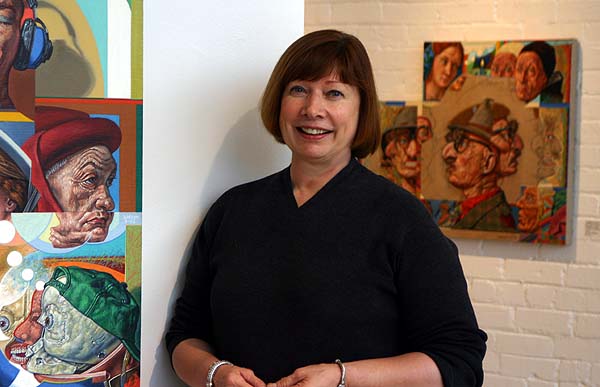 Ruth Lubbers and her family joke about the westward progression of their moves, (including New Jersey, Ohio, and Michigan) but for nearly 25 years now they have lived in Salt Lake City. To hear Ruth talk about the Salt Lake arts community and her role in building that community, you know that she has arrived in the right place.

As Executive Director of VSA arts of Utah and its Art Access Gallery, tucked into warehouse space on Pierpont Avenue, Ruth’s vision touches and enriches the Utah art scene in many ways. That vision is manifest in the many VSA programs that bring together professional artists, artists with disabilities, and an admiring public, making art accessible for the whole community.

A Risk Taker
Ruth, her husband Bruce, and children Mark and Sarah, were living in Michigan in 1980. Ruth was immersed in what she thought was a life-long career as the fine arts coordinator for 12 school districts in her county. But when Bruce, a school principal, suddenly came home and announced he had an opportunity to change careers and work in Utah, they surprised all their friends by jumping at the chance. Within three weeks their house was on the market and they were headed west.

Ruth agreed not to work for their first year in Utah in order to help her children settle into their new community. Her year off turned into ten, but it was time well spent, for it was during that period that she became acquainted with many people working in the arts community. New friendships turned into working relationships when Ruth, Lila Abersold, Marcia Price, and Ernest Muth founded the non-profit Retrospective Inc., which mounted shows for some of Utah’s major artists – Lee Deffebach, Avard Fairbanks, and Francis Zimbeaux.

When Ruth had the opportunity to join VSA arts of Utah and Art Access in 1993, it was a perfect match. The mission of the organization – to serve a diverse community –, including those with disabilities — in an inclusive way, resonated with Ruth. Her son, Mark, had been born with brain damage, and Ruth was well acquainted with arts programs for disabled children. She had noticed, however, that there were few arts programs for young adults or older adults with disabilities. This was an important niche for Art Access to fill.

Accessible Art
Art Access programs offer something for everyone in the community – professional artists, people with disabilities, those with HIV/AIDS, teens and children, and art enthusiasts and collectors. (See the sidebar for a brief description of their many programs).

Take the recent exhibit of work by Jacqui Biggs Larsen and Suzanne Simpson. Larson spent a year making 365 collages ­ one a day ­ as she traveled the world collecting bits of decorative paper, stamps, letters and other material. The result is a collection of 365 13-inch square originals which Art Access sold for just $100 each. Simpson’s work – photographic elements on filmy silk hangings and other surfaces – ranged from $45 to $1,500.

Many collectors are already aware of the annual Art Access “300 Plates” exhibition and fundraiser, which was held in May 2005. Participating artists create a piece of art in any medium on recycled metal printers’ plates donated by the print making departments at BYU and the University of Utah. Priced from $50 and up, the plates have become so popular that guests must RSVP to attend the opening night.

Personal Visions
If Ruth Lubbers could wave a magic wand and improve the Utah arts scene in some way, she would make sure Utah artists are appreciated and paid what they’re worth. “It’s a shame some artists have to go to Scottsdale [to sell their art],” says Ruth.

Her magic wand would also produce an arts audience that appreciates contemporary art. “It doesn’t have to be pretty to be meaningful,” says Ruth.

And she would wave her wand over the Utah Legislature to create more understanding of the impact the arts have in the state, particularly the opportunity to make art part of Utah’s “branding” for state tourism.

Ruth has been a long-time collector of art herself. She recalls that the first piece of Utah art she purchased was a Sharon Shephard pastel on handmade paper. She had to purchase it in installments, but before the last installment she “presented” it to her husband on a romantic anniversary trip to Maui. She told him about the beautiful piece of art she had selected for him, then told him he’d have to pay the final installment! 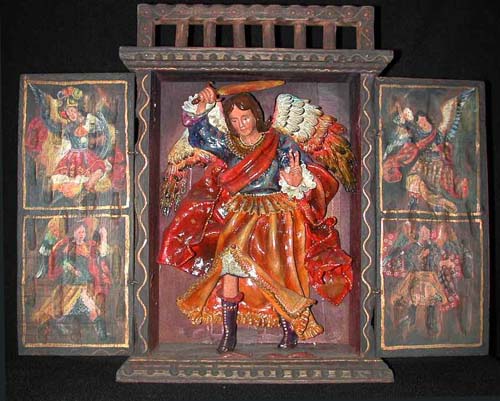 Ruth also collects Hispanic folk art, especially Peruvian “retablos.” Six of the 40 retablos in her collection are by Art Access exhibitor Jeronimo Lozamo. The Lubbers’ expansive collection of art plays “musical chairs” on the walls and shelves of their home as new pieces join the collection. As you can tell from her life, her work, and her art, Ruth Lubbers is not afraid of change!

The current exhibit at Art Access features the work of Vojko Rizvanovic and Sam Wilson. Wilson, a professor of Art at the University of Utah mentored Rizvnovic in the Art Access Partners Mentoring Program. 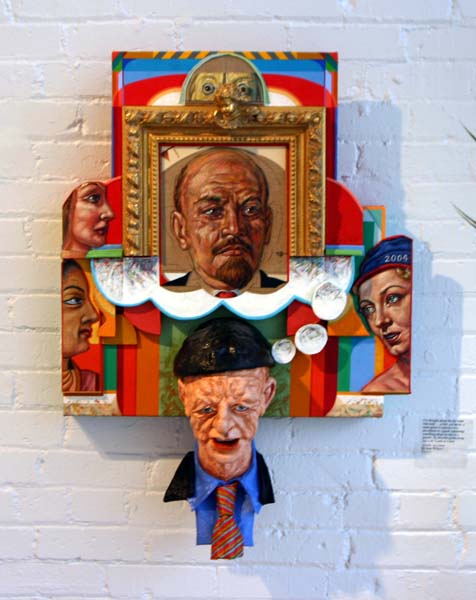