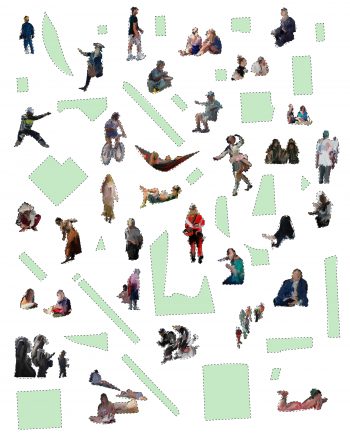 Josh Sender and Amber Eve Anderson, “A Public Space: For Labor, for Leisure (All Together Now)”

If you hit UMOCA on Saturday night, opportunity for fame awaits: the chance to digitally distort or enhance the work of a respected local or nationally or internationally famous artist and get your resulting image in a database and printed catalog. Not only that, but at 8:30 sharp you will hear the renowned artist Marisa Olson who coined the term that made this manipulation plausible: Postinternet art.

It’s a genre that arose naturally from a sort of  Internet activism: artists, designers, technologists, and even musicians began toying with “originals” of whatever they found there — creating their own new works from the ones they manipulated and then sharing those online, recording them,  or showing them in galleries. It has to do with eliminating hierarchies and breaking down walls.

Please Touch the Art, curated and created by The Open Room, a collective of four artists based in Salt Lake City (Andrew Rice, Henry Becker, Josh Graham, Nolan Flynn), is the first show by the group open to the general public.

What began in 2019 as a pop-up gallery space with work hung in a backyard shed accompanied by an artist lecture and dialogue with an invited audience and shared food and drink was forced to undergo a change: “Since COVID, we have had to switch gears and were lucky enough to get the support of UMOCA as a collaborator to help facilitate a different kind of show,” says Andrew Rice. (They prefer to be looked at “as a cohesive unit when talking about the_openroom” but c’mon, we are hearing from Rice here.) He explains that the group exists “as a platform to showcase the work of conceptually-driven artists. We see the need for increased critical dialogue and discussion we find missing in more traditional gallery spaces.” 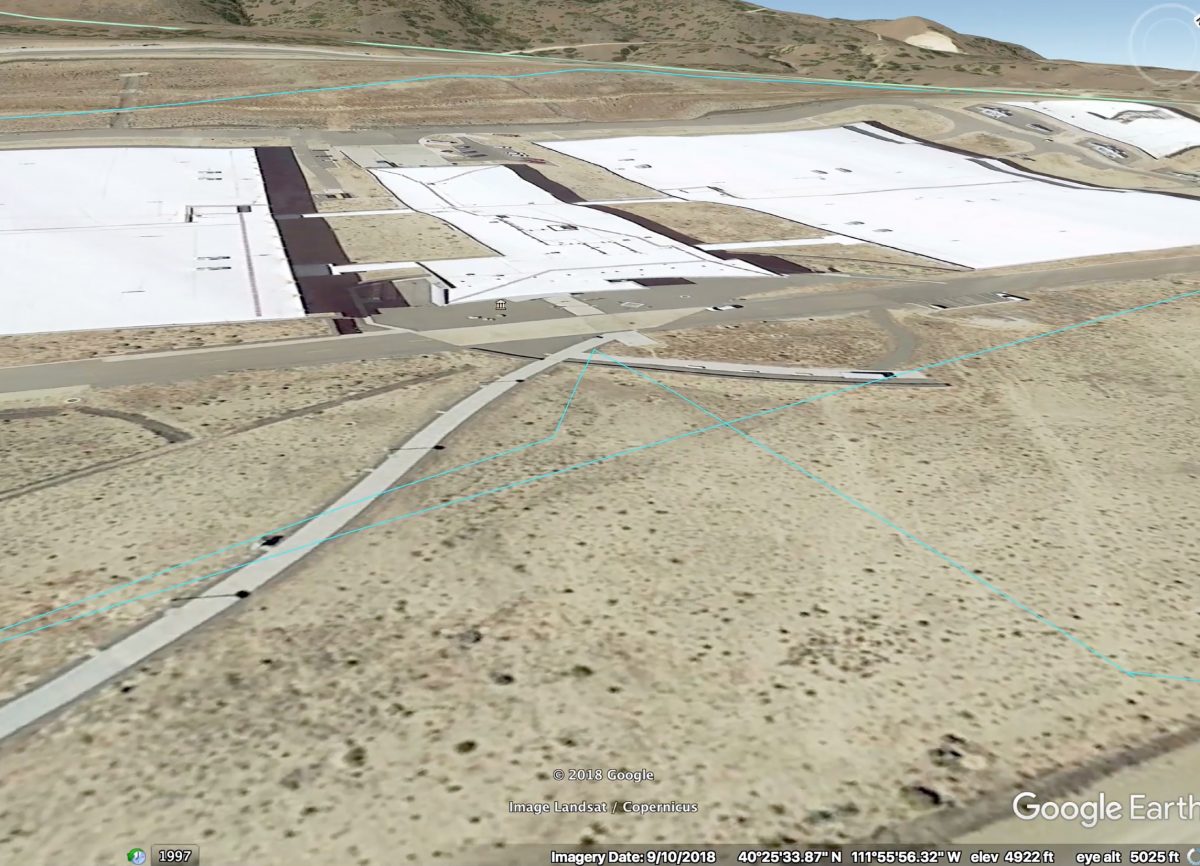 This new show includes 12 works by 14 artists and will be outside in the courtyard between UMOCA and Abravanel Hall from 8:30-10 p.m. Saturday and will be limited to 30 masked people at any one time. “We are, of course, taking all necessary safety precautions and then some,” Rice promises.

The artists included are all pulled from an open call for entries. “We put the call out to our different networks and received a surprising number of submissions,” says Rice. Local artists are Carrie Everett, Tiana Birrell, and Justin Watson. 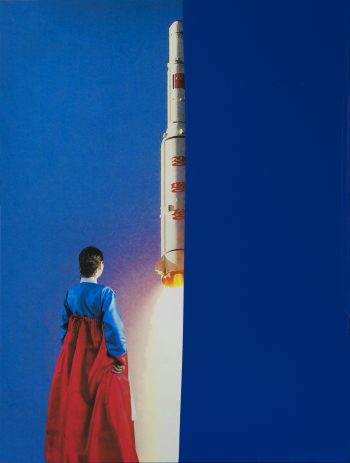 Others from around the country include Mina Cheon, the daughter of a South Korean diplomat who grew up around the world and holds numerous art degrees and a Ph.D. in Philosophy of Media and Communications from the European Graduate School, European University for Interdisciplinary Studies, Switzerland, and advocates for global peace and Korean unification as a social activist political pop artist.

Josh Sender is an artist working online and living in Baltimore. He combines web design, film and drawing to make websites, publications, and online platforms that act as implications of real objects and institutions. His work concerns the history of image-making and preservation. Amber Eve Anderson is a multidisciplinary artist and writer whose work is rooted in ideas of home and displacement, often combining aspects of the digital and the real. Her work has been exhibited in group shows throughout the United States, as well as in Canada, Finland, Morocco, and Peru. She also lives in Baltimore. They submitted together.

As a group, The Open Room collective spent three days curating the work for Please Touch the Art. “We continued to find various aesthetic threads and conceptual threads tying the pieces submitted together, and in the end ended up with a show that we think will allow us to describe the kind of work that makes up Postinternet art. . . .  it is a genre made with the internet less as a novelty and more as a banality, a necessity in our lives. It questions the hierarchy of ‘the original’ and suggests that the work be copied, shared, manipulated, etc. as the particular viewer sees fit,” Rice explains.

That is where you come in: The work during the performance at UMOCA will all be hosted on a website, says Rice. “Participants will be able to interact with each piece via a series of simple digital tools by using a tablet and stylus (all the stations will be attended by a volunteer to sanitize between participants). Each ‘drawing’ completed by participants at the show will be archived on the website with their own name and own title. In addition to viewing the curated artwork, you will have the opportunity to manipulate the work in real time using a variety of editing tools which will be located on site. The digital drawing tools resemble early Microsoft Paint, if that helps give an idea,” Rice explains. “Basic and rudimentary, but it allows for each participant an opportunity to make each piece their own. As the title of the exhibition suggests, we want each of you to join us as collaborators in co-authoring the selected artworks, re-working and distorting them in any way you would like. The results of your work will then be archived on our website as well as a printed catalogue,” he adds.

The success of this venture depends entirely on audience participation. So, come out (masked) and enjoy an evening of Postinternet art in downtown Salt Lake City.

Tagged as: The Open Room, UMOCA