A Life, Any Life, One life: Jeff Metcalf’s Requiem for the Living: A Memoir 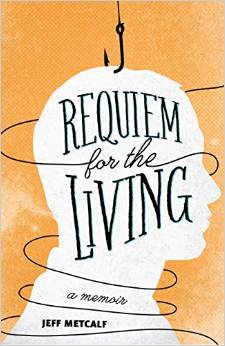 Jeff Metcalf will read and discuss his new book Requiem for the Living: A Memoir as part of the Utah Humanities Book Festival, October 7, 2014 at 7 pm at the Salt Lake City Public Library, 4th Floor Conference Room, 210 East 400 South.

When I teach creative nonfiction, I attempt to interrogate, for myself at least, the boundaries that separate this genre from fiction and poetry which I also study and write. In my experience of writing the essays that I want to write, nonfiction comes closest to poetry. I don’t necessarily mean the lyric essay, though I do mean that too. I mean that when a writer writes about things that happen to her, sometimes the demands of language dictate that she shape the experience in such a way that what the words express are not literally true but are more emotionally true than the fact (whatever that is) stated more plainly.

I know this veers into the murky territory of “making things up”—traditionally anathema to nonfiction–but every writer is making things up all the time. Some of those things are words, some are scenes, some are pieces of dialogue no one can realistically be expected to remember.

It was in this state of mind that I began to read Jeff Metcalf’s Requiem for the Living: a memoir (University of Utah Press, September 2014). I like the idea that our memories made tangible, the words themselves, can be tokens for the living, even as we ourselves hurtle toward death. Metcalf’s own close encounters with mortality inspired this book, or at least the project behind it. For the past nine years, he has been battling cancer. In the face of this disease, he decided to write an essay a week. The resulting 52 essays were pared down to make this collection, and what survives bears testament to a life well-lived and well-documented.

But it’s not the close documentation that interests me, both as a reader and a writer. It is the gesture towards shaping these scenes, these vignettes and anecdotes into a tapestry that might somehow represent the complexity of a life, any life, one life. What Metcalf does here is display, reflect on, even question the stories that comprise a life. What he attempts to do, with the set up, with the ordering, with the shaping, is to give us an arc of a life, an arc of a born storyteller.

In beginning this project, Metcalf was surely writing for himself. In “The Killing Fields” which acts as an introduction to the book, he says that he previously believed he would have time, in retirement, to organize his journals and other writings into books. The cancer put the pressure on his craft, forcing him to put writing at the forefront of his life. The essays in this collection capture a writer in the process of thinking, a writer who while sifting through memories, and records of memories, discovers scenes that shimmer with the promise of meaning and insight. This book reveals a writer who is not simply recounting but is also reliving his experiences.

All of the essays in this collection demonstrate Metcalf’s facility with narrative and language. In each one, readers can almost hear Metcalf speaking the words aloud, as if instead of holding an inert construction of paper and ink, readers were sitting down for a long chat with a friend over coffee, or maybe wine. In the best of these essays, Metcalf’s storytelling prowess combines perfectly with his skill as a poet. “Bone Deep,” an essay about fly-fishing and cancer, concludes, “[w]hen I catch a plump trout, I name it for one of my brothers and release it back into the wild where it disappears into the sacred and holy waters of my home water.” The language here perfectly captures the emotion he worked so skillfully to create in the preceding essay. These essays reward readers with the forward progression of narrative, and the momentary stillnesses of beautiful language.

The essays are poetically arranged as well, giving an emotional progression to the collection as a whole. The first section “Baptism” covers his early life, moving from New York to Europe to the Middle East to Texas. “Promise” relays how he learned the skill of storytelling from his Irish grandmother, and how she inspired him to travel Ireland, which he did. This section details his adventures from the Great Basket Islands, to Gabe’s Pub, to a dart tournament and more. “Drifting” does just what the title implies, drifting from topic to topic, fly-fishing, fire-fighting, cooking, getting married, teaching, talking, searching.

The collection ends with the section “Being,” which feels appropriately contemplative. Here Metcalf delves into more emotional territory, a last encounter with an ex-wife, a fly-fishing retreat for men living with cancer, more fly-fishing, then mortality and confronting it head-on. The final pair of essays close the collection like a rhyming couplet. “Lay Me Down” explores death, the death of a young man on a river, and the death of others causes Metcalf to return to his own mortality again. In the final essay “What’s Left?” he attempts to answer that question. There are incidents he left out of the memoir, of course, and he raises the questions of truth and memory for himself. In the end, he quotes author Ron Carlson, who said, “Everything I write about is true, even the stuff I make up.”

Metcalf’s book certainly holds many emotional truths, even for those of us who have never confronted cancer, lived in Holland, nearly drowned in a river, or fly-fished the Salmon River. The best memoirs allow us to acknowledge our own truths, as well as to remind us that most truths, like most lives, are not simple but complex constructions of experience, memory, and hope. Metcalf’s memoir is one of those books that readers will read straight through only to come back, again and again, looking for what is true. 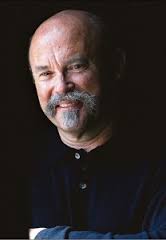 Jeff Metcalf is a professor of English at the University of Utah and has been the recipient of numerous awards, including the Outstanding Faculty Award, the National Council Teachers of English Outstanding Teacher Award, and a Writers at Work Lifetime Achievement Award. His fiction and essays have appeared in local and national magazines. His plays have been widely staged.