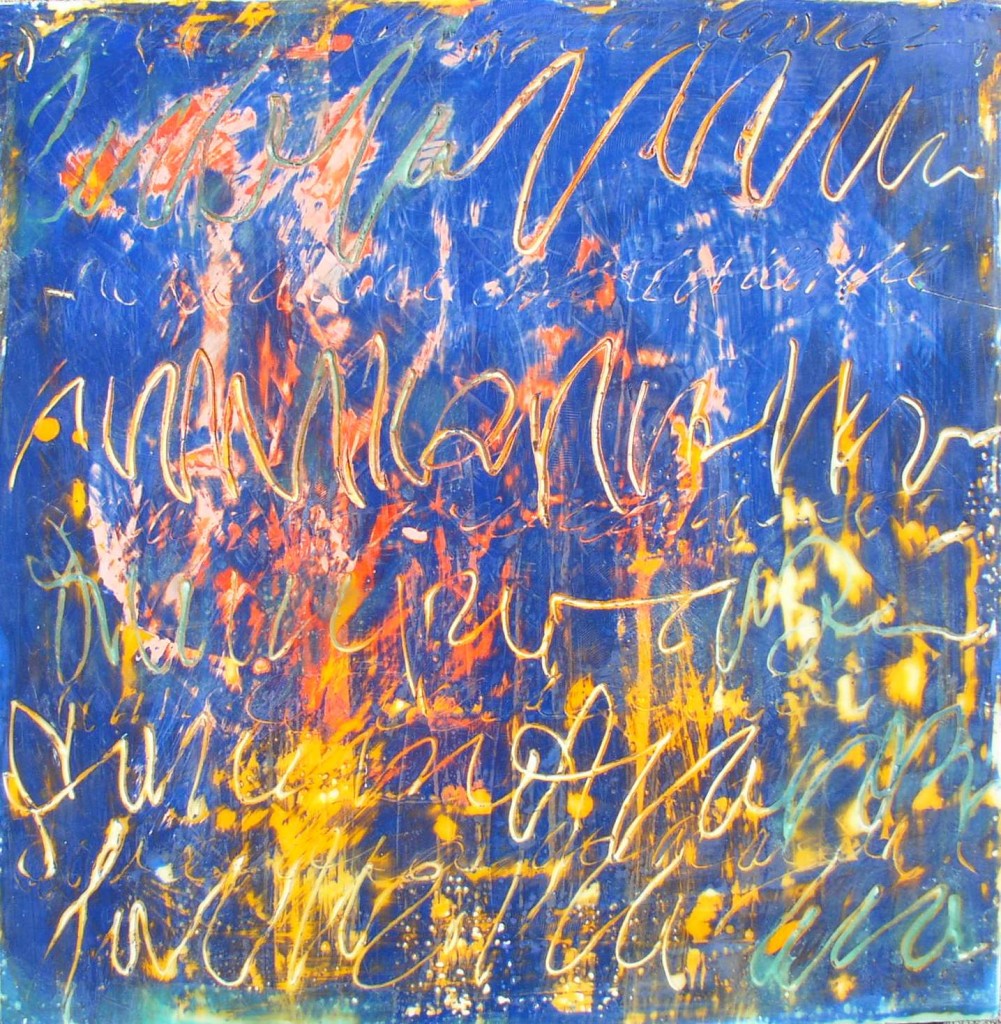 “Up close you see the familiar swirls and lines of an alphabet, but they seem a natural part of the whole surface, rather than sitting on top of the painting, like ink on paper.|1| The alphabets don’t spell out words. Some are just scrawls that give the sense of writing. In other pieces Youngblood uses found materials, like nails, to give off the effect of characters. Or at least they feel like characters — the result of the fact that we have become some used to seeing letters, from the serifs on our computer screen to the scrawl of our doctors notes – even if we don’t know what they “say.” In that way Toni Youngblood’s Calligraffiti paintings take us back to the wonder and mystery of childhood . . .”

read the review of Toni Youngblood’s exhibition in the October 2011 edition of 15 Bytes.