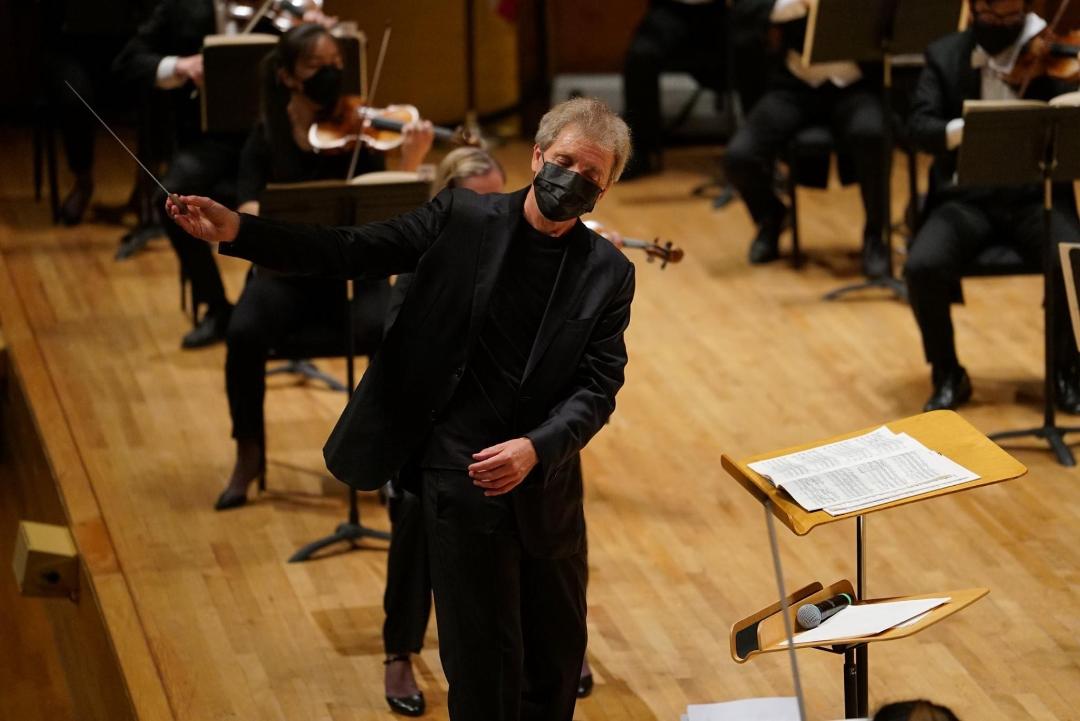 A year ago, I would have never anticipated a season opener like this for the Utah Symphony. Instead of bustling through downtown Salt Lake City amid dinner parties, transit traffic and other event crowds, I strolled with a friend across a rather desolate South Temple toward a sparsely populated Abravenal Hall. Where many events these days are either digitized or still yellow-taped, the Symphony has taken some innovative measures to reopen in a shifted, reduced capacity to account for public safety concerns.

As far as safety goes, this concert offered one of the most controlled and optimized procedures I’ve witnessed in these strange six months. A strict mask mandate, a seating arrangement that looked like scattered jigsaw puzzle pieces and a shortened concert with no intermission promoted both safe distancing and avoided crowd congestion and unwanted co-mingling. These rigid safety precautions helped ease my (and likely many others’) anxieties, leaving a clear head to focus on the music. The night presented an artistically interesting problem/solution, as well, given that the orchestra had been cut to their string section to account for social distancing on stage.

The concert opened with an apparently well-received surprise rendition of “The Star Spangled Banner,” perhaps as a ceremonial tribute to the opening occasion. And perhaps the national anthem carried an extra, unintended layer of symbolism, as the program proper then began with with a piece composed by Nigerian-born composer Fela Sowende’s “Joyful Day,” from his 1944 African Suite for Strings, written while the composer was living in England.

Emphasizing the breeziness of the title, “Joyful Day” merges the informing cultures of Sownede’s upbringing and education into a sunny reverie. Melodies found in Nigerian classical and popular music weave within harmonies reminiscent of early Beethoven, and the piece’s rhythmic bounce feels like it fell somewhere in between these collective influences. In their performance, the musicians leaned into the piece’s European roots. They drew out each bit of chromatic juiciness and pushed the rhythms into a more downbeat-heavy push-and-pull characteristic of the 19th century Germanic great. Only the first of five movements of Sowende’s full African Suite for Strings was performed, and one wishes the Symphony had given the full piece an unabridged, uninterrupted performance. 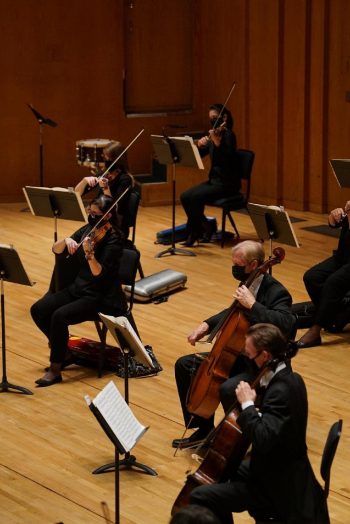 The literal and figurative centerpiece of the concert was Samuel Barber’s ever-popular “Adagio for Strings.” This piece benefited the most from the concert hall precautions, as the quasi-empty room and small orchestra size gave the time-honored composition a special intimacy. If we didn’t get the alone-together, pin-drop silence of a rapt packed house, there was a different sense of passion conveyed. At the piece’s climax, where glistening high-end strings give way to gruff, woodsy lows and the dynamics underwent a similar top-to-bottom transition, a truly magical music moment was achieved. The Symphony made Barber’s grandiose lament feel nearly private and sacred.

The composer whose full suite did see performance that night was the Russian giant Pyotr Ilyich Tchaikovsky. His spritely Serenade for Strings closed out the program, a four-movement work written around the time of his “Piano Concerto No. 2” and the omnipresent “1812 Overture.” And Tchaikovsky will as Tchaikovsky does: Serenade has all the brisk, scalar runs, yearning harmonies and sugar-rush sensibilities that mark the composer’s most lauded work. The Symphony musicians played this piece with all the drama, vigor and technical precision that they normally bring to these late Romantics, giving the Serenade all the brassy bombast that it deserves.

While the lilting second movement offered a pleasant pastoralism and the finale was — of course — a fiery bacchanalia, the composition’s third movement, the “Élégie: Larghetto elegiac,” stood out as both the piece’s highlight and one of the concert’s shining moments. The longing, rhythmically unified opening section in a way recalled a less violent predecessor to Barber’s “Adagio,” adding an interesting musical throughline to the program via these shared expressions. A contrasting section featured a balladic melody in the first violins floating atop a triplet pizzicato figure that passed between the remaining string players like little pellets of early rain. Even spaced apart, the Utah Symphony’s group cohesion was on full display as this plucked accompaniment effortlessly skittered around the stage.

After Tchaikovsky’s finale rang out, conductor Theirry Fischer gave some closing remarks and introduced a surprise encore segment consisting of four brief tunes. I won’t ruin all the fun here, but there’s more Sowende, flowers, cowboys and a giant screen. (I’ll also note the power of the the moving and innovative tribute the Symphony was able to give its non-present members).

The Utah Symphony’s 2020–21 season opening was certainly unorthodox, and it serves as no full substitute for a proper night out at Abravanel. But it also never pretended to be any such thing, and the organizers and musicians deserve a host of commendations for working creatively to bring classical music back to the public. 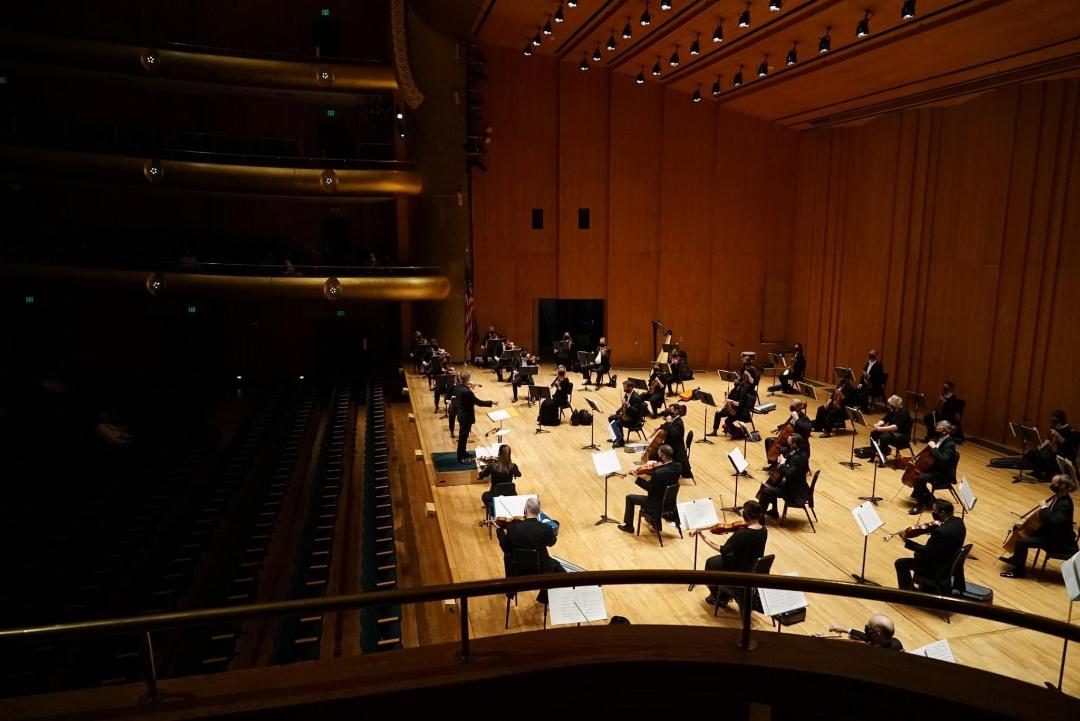 Photos by Kathleen Sykes, from the performance on Sep. 17.