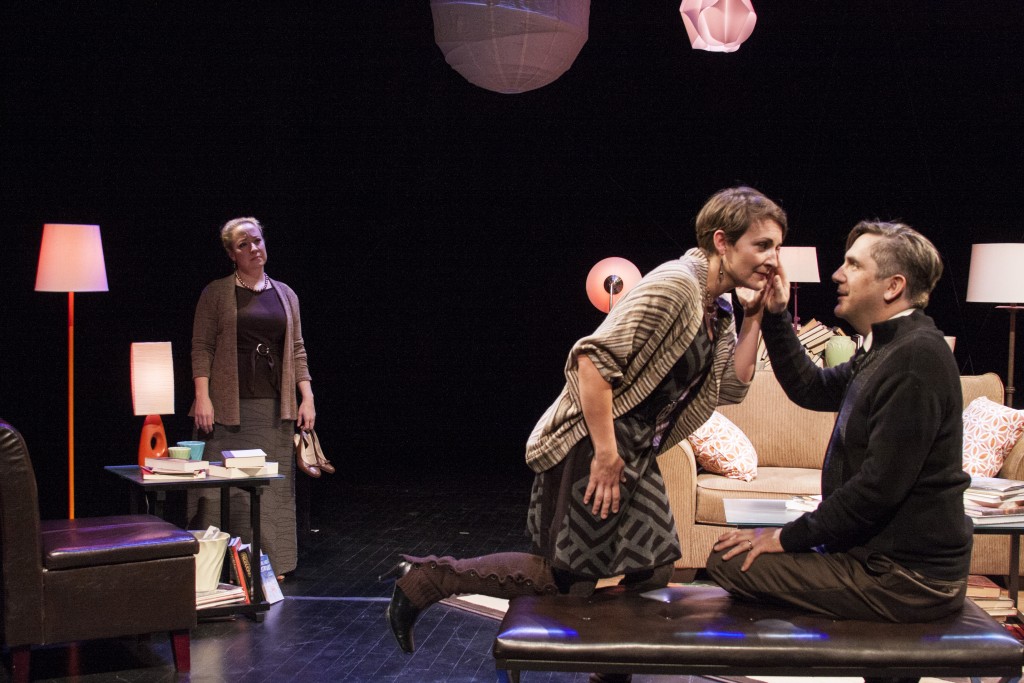 A husband, his wife – and a sister wife: not such a peculiar scenario in Utah. But LDS Church mandated? Again?
That’s the intriguing premise of Plan-B Theatre’s excellent world-premiere play, “Pilot Program.” Set in 2019, the plot centers around a hopelessly childless middle-aged LDS couple who are called upon by their church to participate in a new program to restore polygamy.
They outright refuse their bishop’s request, but when asked again at a higher level of church bureaucracy, to Jacob Larson’s surprise, his wife, Abigail – whom they laughingly refer to as a “selfish, cynical, liberal, workaholic” – agrees to consider it. “Maybe it was the spirit,” she tells him later. “Maybe it was my imagination.”
She believes that Jacob should father a child. He responds: “I’m not a patriarch. I’m just a guy. I work in PR. I like peanut butter. I just want to be with you.”
But Abigail insists they try to create a “family” and she knows just the right woman: a former student of hers who had once loaned Jacob a book on Diego Rivera. Further smart, funny dialog (with which this play is thoroughly smattered) ensues: “If you’re going to take another wife, at least I get to choose her,” says Abigail. “I’d just like to have a conversation with her before I ask her to marry me,” Jacob replies.
And awkward dialog with the candidate follows, when Heather, who is a decade younger than Abigail, flies in for a visit with her former teacher. Not comprehending what the underlying purpose is, she immediately tells Jacob that she once had the “biggest crush” on him. Awkward. As the three sit lined up on the couch, she thinks she is happily agreeing to be a surrogate mother for the couple. When the outline of the “Pilot Program” is made clear, she says, “I suck at sharing.” But then agrees to the plan.
As the relationship between Jacob and Heather deepens, and a child is born, Abigail, who narrates the story, feels more and more left out of a marriage that once was a fulfilling one. She describes the situation as “a triptych of plural love and uncertainty.”
There is nothing “Big Love” about this work by Utah playwright Melissa Leilani Larson. It is a considered, thoughtful look at what polygamy might do to a mostly fulfilled contemporary marriage between equal partners. The cast of three is superbly directed by Jerry Rapier; Phillip Lowe’s costume designs are wonderful and Jesse Portillo’s lighting perfect. Randy Rasmussen’s cozy, comfortable living-room set, with its multilevel hanging lights makes a major impression.
April Fossen is excellent as the academic and author of several books who ultimately loses her perfect (or is it?) marriage to a sister wife. She sheds tears at appropriate moments and makes us really feel her pain as her life crumbles around her.
Mark Fossen, April’s real-life husband, is ideally cast as the puzzled but ultimately willing Mormon male in this situation. His genuine support of his first wife is palpable; his attraction to his second clearly manifest as the relationship grows. This part is extremely well acted.
As Heather, Susanna Florence Risser moves from serious, competent single working woman to frothy seductress in what seems a heartbeat. And she does it believably.
This is a play that will leave you talking and pondering long after you leave the theater. It is very well worth the 80 minutes it runs — plus the time it will take you to park. 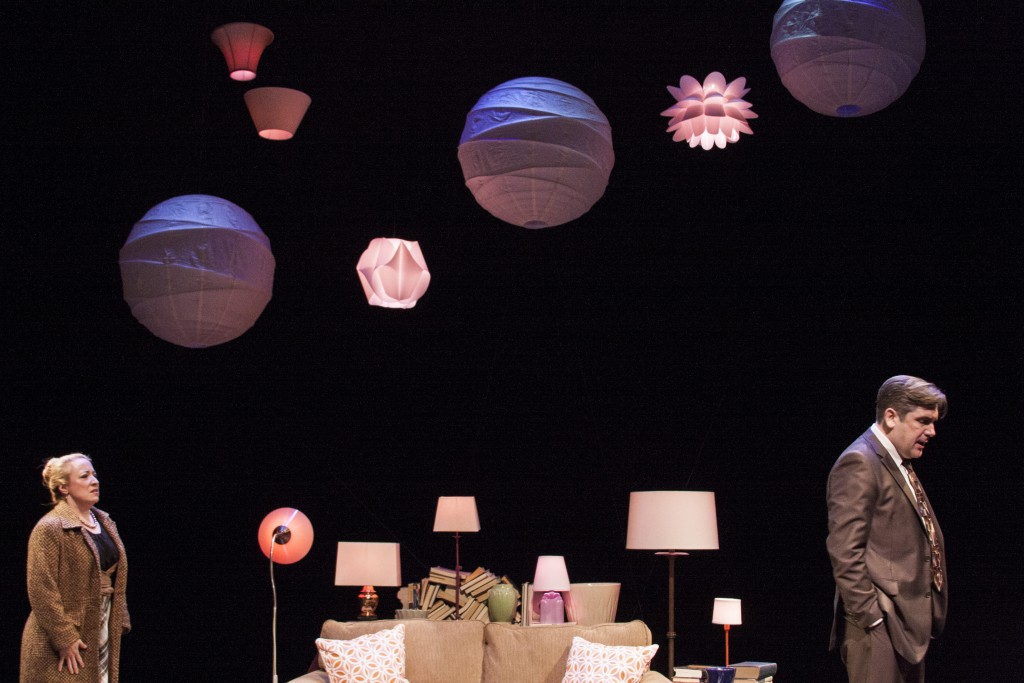 Abigail (April Fossen) and Jacob (Mark Fossen) discuss whether to accept the LDS Church mandate to take a sister wife.