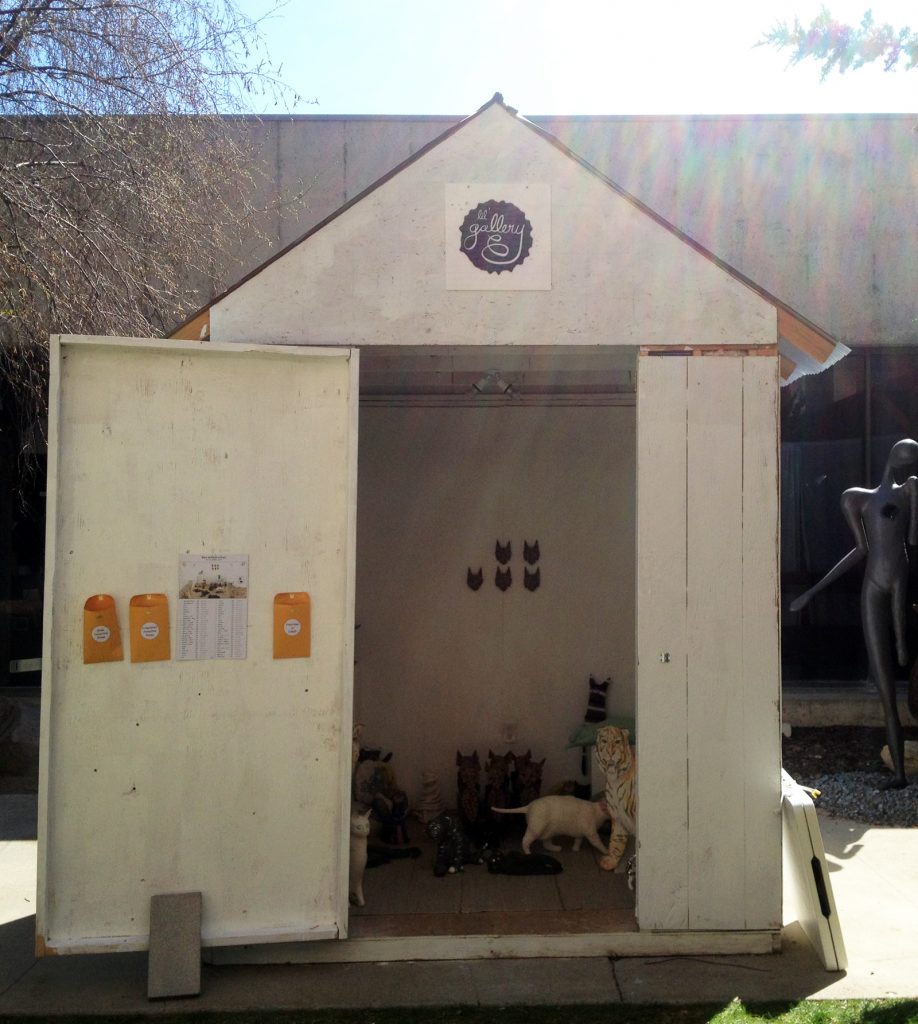 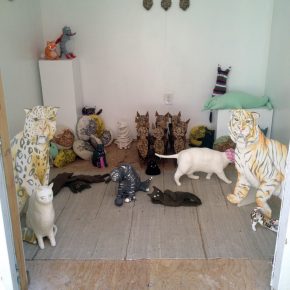 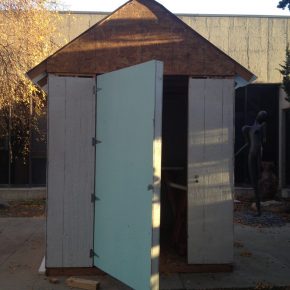 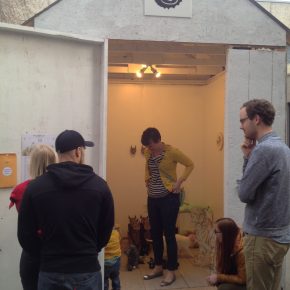 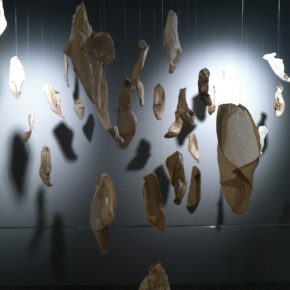 Measuring just 8 x 8 feet, The Lil’ Gallery may be the smallest exhibition space in town. The brainchild of Marcela Torres, a student at the University of Utah with a double major in Sculpture and Art History, the shed-cum-gallery has been outdoors at the Art Building on the University of Utah campus since March and has already hosted a half dozen artists.

Torres approached this project as much as an artist as an administrator. “For this project my actions/artistic practice was to serve as an organizer and planner to create an art institution,” she says. “Each step I carried out as a gallery professional but also as an artist creating a conceptual project. I created the idea, the language, the paperwork to build a board. I began to fund raise. I did much curatorial research and organizing to have a call for entries. I logistically planned for facilities and literally building the structure. These actions that are tied to museum or gallery work became the artwork, became the experiment in what could be thought of as a year-long performance, artistic action, project.”

The gallery’s frame was built by a farmer found on Craiglist, and Torres, project assistant Gregory Corey and a group of community volunteers finished off the space.

Those same volunteers now serve as the board of directors and curatorial committee. “We view the Lil’ Gallery as an incubation lab for wonderful ideas where physical size is irrelevant in comparison with vision and impact,” says Torres.

The first exhibit featured drawings and prints by Mary Toscano, Claire Taylor, Emily Tipps, Laura Decker, and Emiline Twitchell. Subsequent shows have featured both local and national artists. The current exhibit is Whitney Shaw’s Ration: How Much Does One Person Eat through July 15th, followed by Lizze Mattala on July 18. The gallery is open during exhibition openings, select hours posted on their Facebook page, or by private appointment (send a Facebook message).

Torres began the project to “have an institution that was apart from the bureaucracy of other museums, non-profits, etc.,” but if things progress Lil’ Gallery may become part of that network. The original plan was to move the project downtown and be part of the Granary Row district with the support of CUAC Contemporary. Since that has fallen through, Lil’ Gallery is currently on the University of Utah campus, but hopes to move downtown if there is a local business or land owner willing to partner with them. To achieve this, they plan to power the space with a solar generator.

With a space this small, it shouldn’t take much to adapt to new situations. “Because essentially Lil’ Gallery is a shed,” Torres says, “it’s casual and yet can be whatever you can dream it up to be.”