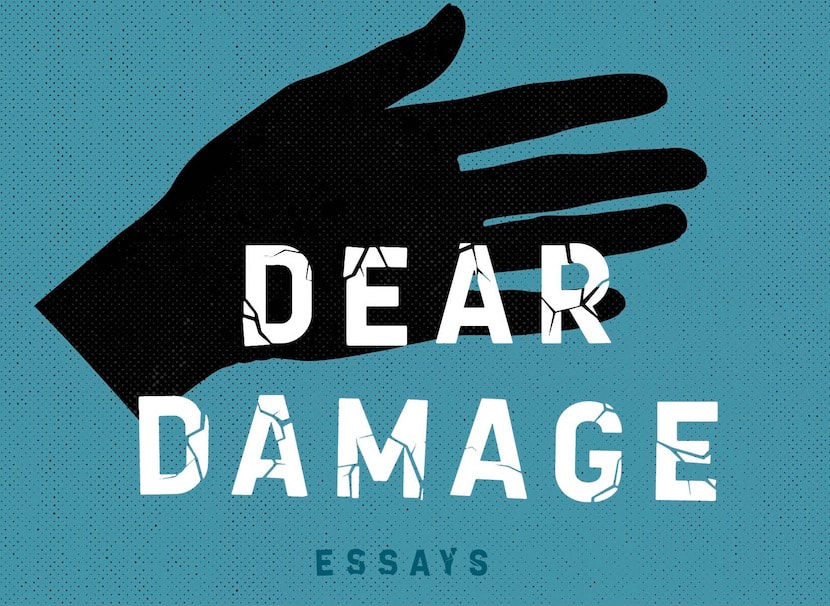 “I’m not the artist my family members are, but I write.”

What Ashley Marie Farmer almost certainly means is that she never felt the sense of vocation that led her grandmother, mom, and sister to paint, her brother to shape pottery, and her grandfather to build a house and fill it with furniture and gem-like, carved wooden animals. Instead, she recalls her life as a series of false starts: a failed first marriage, study at several colleges, and the inchoate stumbling towards a purpose that is closer to what many today, artists included, actually experience.

Her new book, Dear Damage, might be described as a collection of 35 short essays, one to ten pages apiece, or else one single, hybrid essay, a creative, non-fictional account composed of histories, memoirs, lists, and transcriptions of interviews and conversations. Either way, the transcriptions — of recollections recorded on tape or cell phone and shared with Farmer by her grandparents, Frances and Bill Dresser — that would have been made as research for a different book, became orphans when, in early 2014, Bill Dresser shot and killed Frances, his beloved wife of 63 years, as she lay paralyzed and beyond medical help in their local hospital. Bill then tried, and failed, to take his own life. How all this came about, and the repercussions that followed, lie thematically at the heart of Dear Damage. While they propel her narrative, there is so much more in the book they became instead that might never have come to light without the family tragedy that haunts it. Yet this is no sordid tale; rather, it’s as if Ashley Farmer were given a choice between a small, domestic history to be shared by a curious audience, or a riveting drama that few readers would be able to put down, even as it throws a veil of subjectivity over how each would judge her and the rest of her life’s story.

In one of those Transcripts, subtitled “Hitchhikers,” Bill recalls growing up in Southern California when there were still fruit orchards everywhere and no freeways, when trolley cars were part of an extensive public transit system. He tells her how he and another teenager hitchhiked to San Francisco, where they slept in the Coit Tower before starting home, whereupon the folks who gave them a ride — strangers to them — asked them into their home, fed them, and then invited them to stay as long as they liked. In the episode that follows, “Animal Hours,” Farmer narrates the life she shares with her husband, Ryan, half a century later, as they commute for hours, in heavy traffic on the now ubiquitous L.A. freeway system, between inadequately-paying jobs, living in a place where the sound of gunshots often punctuate the night, and Ryan, a man whose friends are musicians and poets and who is neither dealer nor brawler, but a writer, is set upon and beaten severely by a gang of strangers. Frustrated with adjunct teaching jobs that rarely last and never lead to permanent work, they reverse the pattern that brought so many migrants to California over the decades:

As Ryan and I drive away, I start to discard these eras not from memory but as my own desires. It’s when I begin to scrap that pursuit of a life my parents and grandparents made: something linear, nuclear. It’s also when I stop trying for academic gigs. What to call grief that’s lightness? Mourning that’s relief? There ought to be a name for this feeling, something I try to pin down as I follow Ryan’s truck on the freeway. Despite our careful planning to leave post-rush hour, traffic is gridlocked, our packed cars idling in a six-land artery. Ahead of us: a car on fire, flames at the side of the road. It takes us hours to maneuver through the city and it’s funny, almost, California’s final prank on us: fire and smoke in our rearview mirror.

Perhaps the most rewarding parts of Farmer’s story are those that follow the dynasty of women in her family — four generations if you don’t count the unrelated young women to whom she teaches fitness and writing, whose lives she helps give shape. Farmer barely mentions her father, who left when she was a child, but does talk about her stepfather, her “dad,” who moved the family to Louisville, Kentucky. Second husbands are heroes in her story. Having almost no arts education, she is surprised when the museum she applies to for a staff educator position offers it to her anyway, along with an office and a sense of authenticity that has previously eluded her.

Once you notice mortality inside the art museum, it comes into startling focus: oil paintings of political assassinations and burials at sea and long-gone wealthy couples with their serious children. Handmade mounts inside casework cradle the dead’s jewelry and ceramics. Ornate dressers and chests rest on pedestals, furniture that once held the dead’s laundry and letters. The artists who created these pieces? Gone.

My family isn’t afraid of death.

But how to actually make sense of it? I longed to grieve my grandmother in a normal way, but normal had vanished and we had no time for the past, for missing her, for recalling how she sang to Sarah Vaughan or camped at alpine lakes to catch her limit or how she’d once transformed her spare bedroom into a painting studio, the scent of linseed oil wafting under the door. We couldn’t pause for grief and we couldn’t process my grandfather’s crime because we waited for the law to do it.

If this sounds dark, it is, but not somber. Her stories are vivid and full of carefully observed details, and darkness is the essential backdrop to light. In “Second Person,” she recasts the story of her love for her husband, suspending her sense memories in the space between writer and reader:

But before second person, it’s first person, all I and me. You’re solo in a way that makes you pine for a you. You imagine this person as a jewel. You picture the gleaming facets: a nightstand stacked with books, the cracked, colorful spines beside a glass of overnight tap water with its cluster of tiny bubbles. You conjure another’s eyes, how they flicker with light as this person steps in from the storm, snowflakes melting into a dark wool collar. The feel of the other’s hip in your palm as you sleep, your chest against another’s back: you can imagine that, too.

In Dear Damage, Ashley Farmer only mentions Salt Lake City in order to locate where she is now when she recollects something from before her pandemic-era move. We must wait for her to write so deeply and vividly about the city where she and her husband now dwell, both of them finally able to see themselves as writers: about the place where they will write their future.