The Kimball Art Center has announced that BIG-Bjarke Ingels Group of Copenhagen and New York is the winner in an international competition to design its $10 million renovation and expansion. 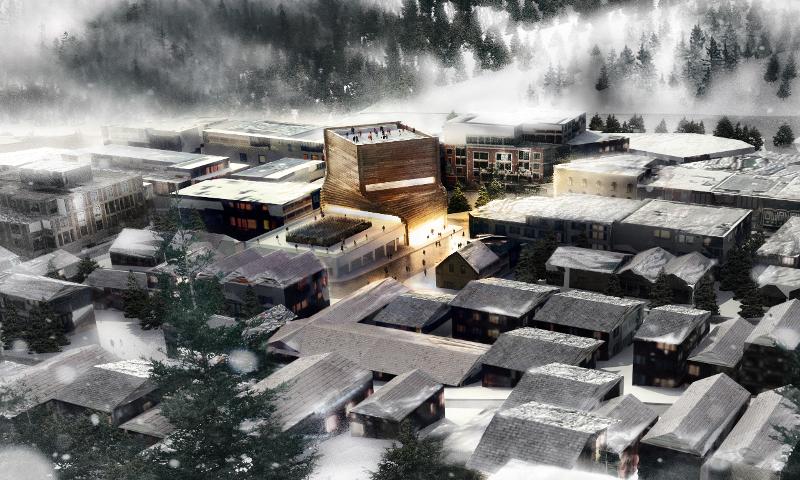 Architect Bjarke Ingels presented his vision for the art and cultural center to be built at the intersection of Main Street and Heber Avenue in Park City to a seven-member committee earlier this month.  They voted unanimously for his environmentally aware design that includes rainwater collection and solar power. The proposed 80-foot-tall building has been described as a “highly evolved log cabin,” a “twisting timber” reference to the Silver King Coalition Mine Building built in 1901 which was Park City’s tallest structure for 80 years until it burned down in the early 1980s. It will be built of stacked reclaimed trestlewood from train track piles near the Great Salt Lake and feature ribbon windows and an interior  spiral staircase.

Two architects we spoke with had strikingly different reactions to the proposal.

Retired architect Robert Bliss, the first dean of the College of Architecture at the University of Utah and a major player in the revival of Gilgal, believes the selection is unfortunate on several counts.

“First, there were but two architects on a jury of six and one can only assume that they were outvoted. Second, the image of the winner has nothing to do with the essential problem of the exhibition of art (that is, both the daylight and artificial lighting) and the ambiance created for the viewers. Third, the timber wreckage on the roof has nothing to do with Park City, a mining town — or is it the long-sought remains assumed to be on Mount Ararat? Finally, in the interest of architecture in Utah, let us issue the same problem to the students in the School of Architecture, either acting as jurors or as design architects.”

Salt Lake City architect Tristan Shepherd, 31, says he’s excited about the selection of BIG for the Kimball. “BIG’s work shows how conceptual architectural ideas and environmental design can work together to create striking and playful architecture. I think this new BIG design, in addition to the recently completed Natural History Museum, will hopefully continue the trend of architecturally significant and innovative projects throughout the state.” 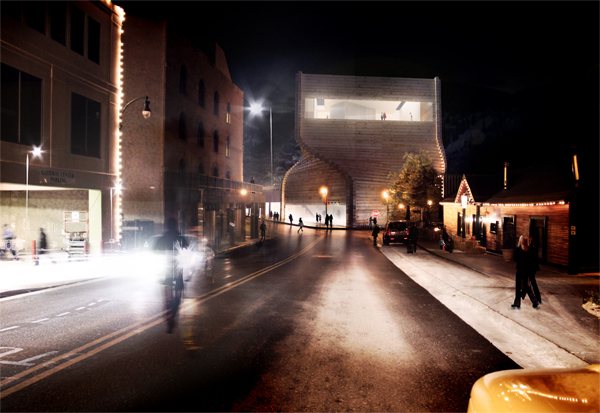 Ingels has received numerous awards including the 2004 Golden Lion at the Venice Biennale for the Stavanger Concert House and, recently, he was rated as one of the 100 most creative people in business by New York-based Fast Company magazine as well as being named Wall Street Journal’s Architectural  Innovator of 2011. In spring 2012 he will be a visiting professor at the Yale University School of Architecture.

BIG will partner with Architectural Nexus of Salt Lake City, which designed the Huntsman Cancer Center, the Abravanel  Hall expansion, and the University of Utah Orthopaedic Center, on the Kimball project  — which will be done in phases — and  is expected to begin in mid-2013 and be completed in 2015.