On the third Saturday of each month, Vis., an optical shop and eye clinic in Salt Lake City, stows away its designer eyewear and opens its doors to the local arts community for intimate evenings of art curated by 801 Salon. 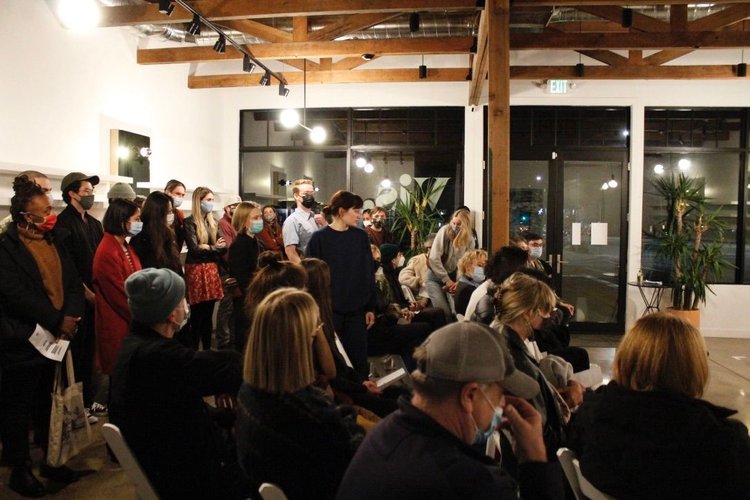 Stack’s choreography for “The Fifth Season” was pedestrian and repetitive, yet elegant. The movement vocabulary consisted of pensive steps forwards and backwards and pivot turns, mostly taking place on the downstage right to upstage left diagonal. Every now and then, she added sweeping, linear arm movements to this patterned footwork. Swisher’s live score was minimal and atmospheric, complementing Stack’s simplicity. A sparse, post-modern dance work, “The Fifth Season” lulled me into a bit of a peaceful trance within a few minutes. When I refocused myself, I realized that the pattern-making, repetition, use of linear and diagonal lines, and Stack’s bobbed hair and A-Line midi skirt, both of which whipped cleanly from side to side with each pivot turn, reminded me of Belgian choreographer Anne Teresa de Keersmaeker’s “Fase.”

Lohner and Farrow, both company members of Ririe-Woodbury, presented “Ambulation.” Much of the piece consisted of them leaning the full weight of their bodies onto each other, and taking quick and calculated steps across the floor while doing so. When they parted from each other, they performed a series of angular, quirky, gestural movements side by side. Each of them held that classic, unaffected, modern dancer stares past the audience gaze throughout the majority of the piece, which felt like a bizarre choice considering the cozy, intimate setting of the crowded boutique. However, in the few instances that the two made eye contact with each other, I felt a deep sense of care and friendship emanating from them. 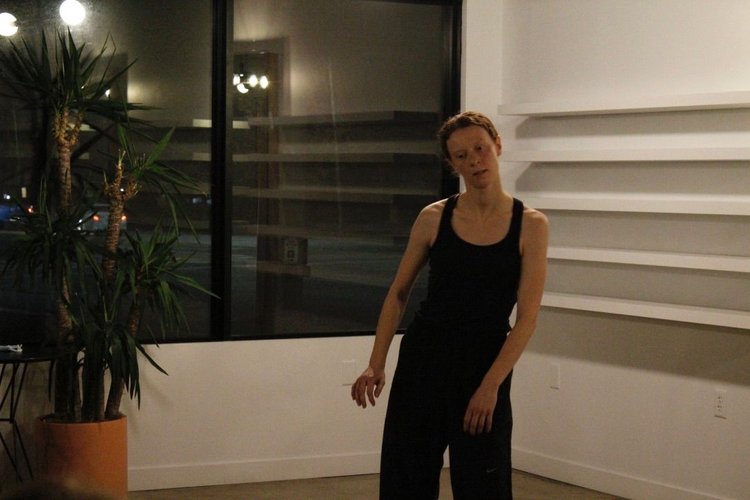 The word writhing comes to mind when I recall Mazeika’s Heart “Innacurate.” Her twisting movements and contorted shapes communicated uncertainty and discomfort, but her ever-pleasant facial expression (she even fully smiled at one point!) revealed a sense of acceptance, maybe even gratification. The incredible sense of control that she demonstrated over her supple spine and hyperextended joints was refreshing, considering the amount of seemingly aimless noodling that many have participated in via Instagram over the past year (myself included).

There was a square of white tape on stage right of the performance floor. I noticed it at the beginning of the show and wondered if one of the dancers intended to interact with it. When Tracy, clad in all white, entered for “The Thing We Made of the Thing,” I just knew the tape was there for him. As the Salt Contemporary dancer meticulously moved in and out of the floor, it became apparent that the tape was not actually part of his solo, just coincidentally positioned there. 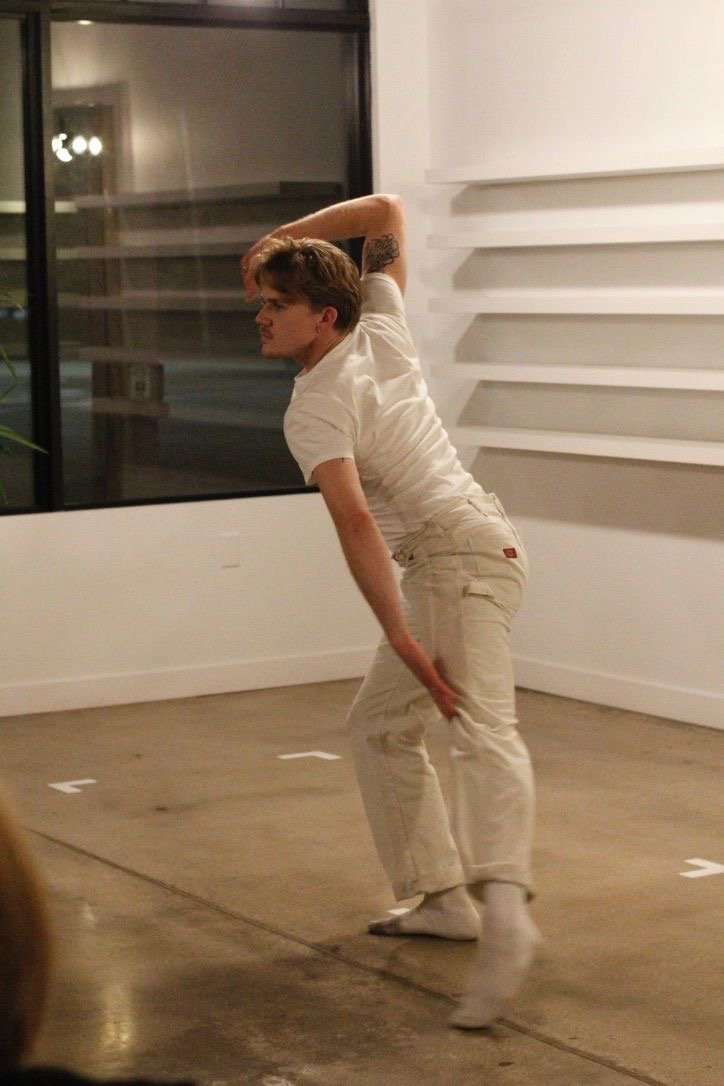