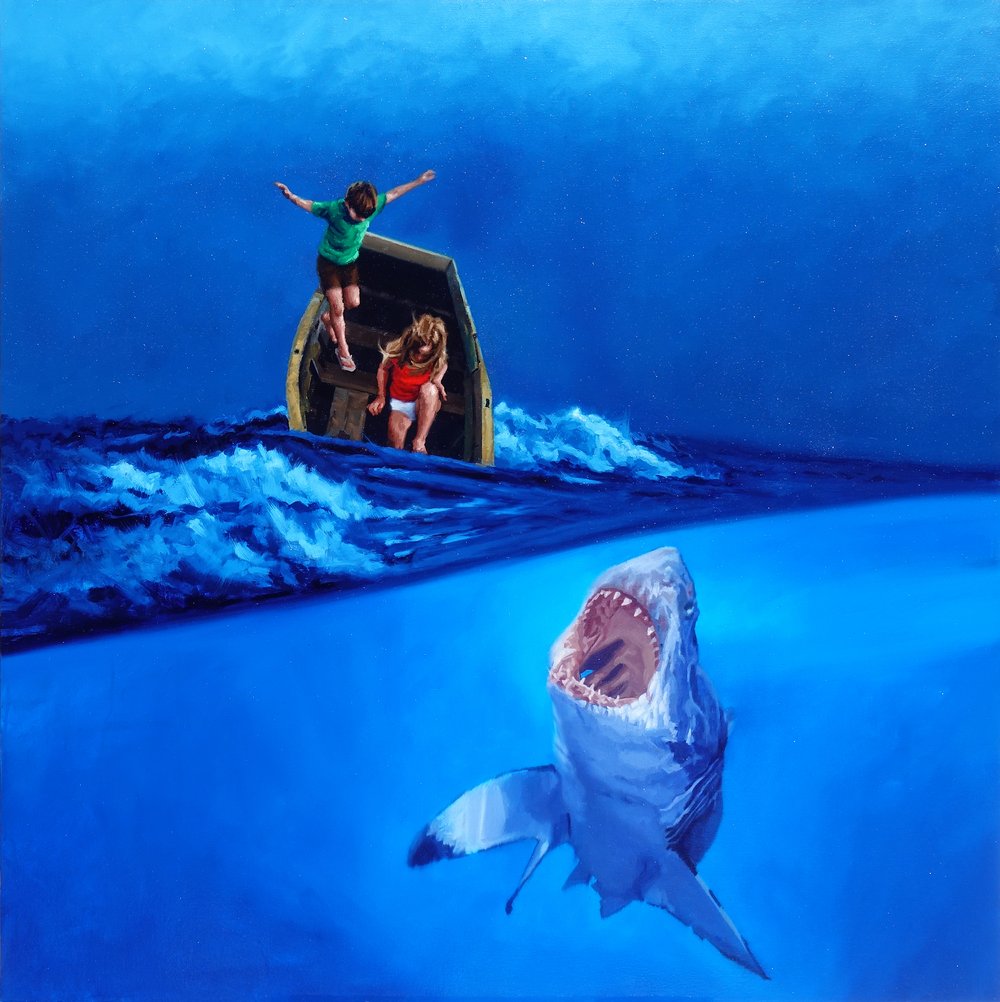 Zachary Proctor paints moments of courage and triumph: race car drivers, acrobats, horsemen and stunt jumpers. But his works are also full of foreboding and disaster: a race car smashing into a wall, a mammoth shark seen rising to engulf a small boat (see our review from Feb. 2019).

For such works, Proctor, a graduate of the University of Utah (BFA) and Utah State University (MFA), mines historical photographs for source material, but he now has plenty of both courage and disaster to paint from his own life. The scenes will not be nearly as dramatic as those in his paintings, however. And it will be likely a year or more before he would be able to paint them.

Proctor was recently diagnosed with osteosarcoma, a form of bone cancer that often forms in the legs and bones and becomes increasingly threatening if it spreads beyond. He is preparing to have the growths removed in October. The surgery and rehab for the affected limbs will likely render the Salt Lake City artist unable to paint for the better part of a year.

David Ericson Fine Art, in the Avenues neighborhood of Salt Lake City, has organized a very special Gallery Stroll to benefit the Proctor family. The walls of the gallery are filled with the artist’s paintings, while a dozen and more framed works on paper are propped up on the floor.

In addition, dozens of paintings have been donated by local artists, including Justin Wheatley, Nate Ronniger and Pamela Beach. All proceeds will go to support the Proctor family. (Zachary and his wife Claire have two children.)

“We were broken and you are all helping put us back together,” Proctor said in a video filmed with gallery owner David Ericson shared to the gallery’s Instagram page. 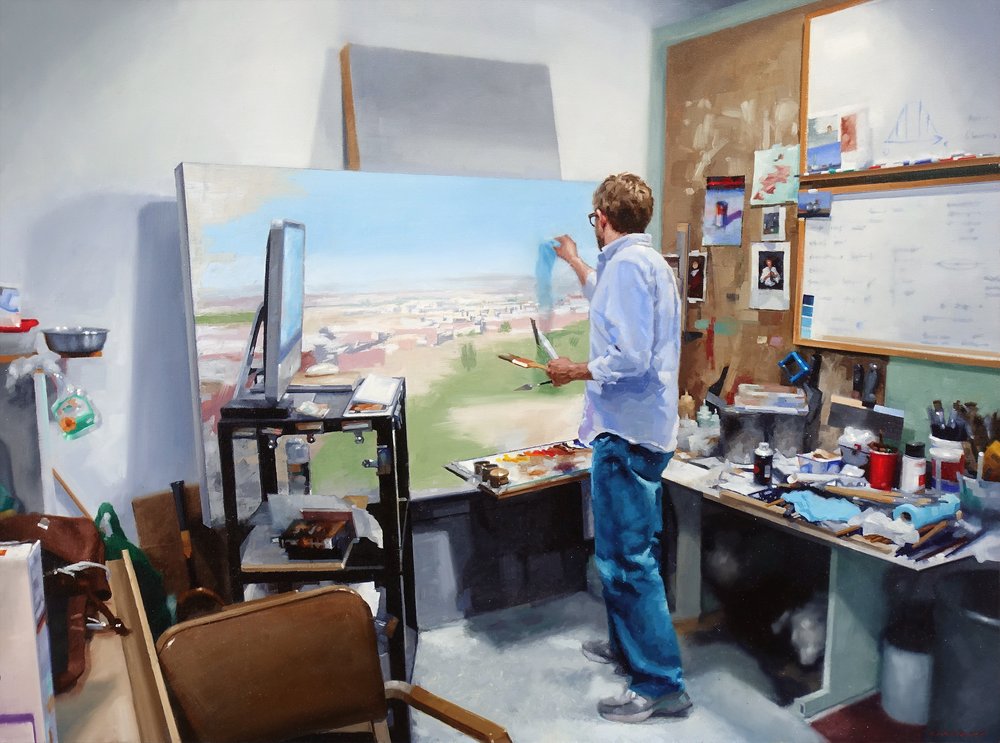