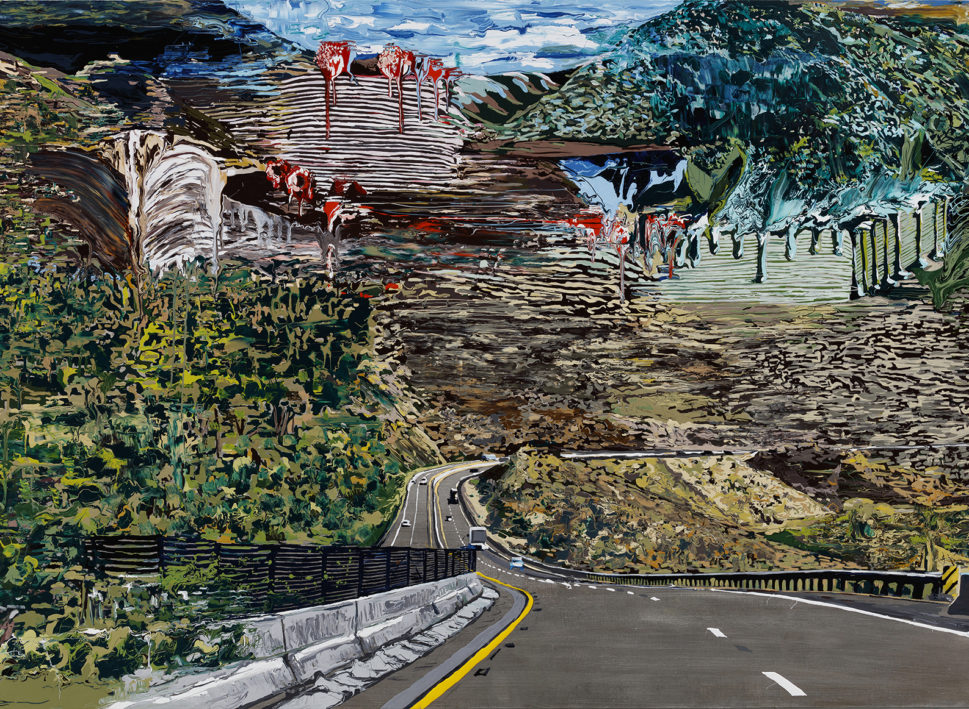 News that one of the world’s most exciting landscape painters has moved to Utah, adding the Rockies and Wasatch mountains to an already stunning resumé, sounds a little like saying another ship full of coal has arrived in Newcastle. After all, no other paintable subject is more popular in Utah than the landscape, which sits astride the confluence of mighty artistic rivers: the works of God, the dramatic and symbolic power of Nature, something Utah provides more spectacularly and with more abundant variety than almost anywhere else, and a subject for which there is both an eager audience and an enthusiastic cadre of collectors. If there is one thing the Utah art scene doesn’t require, it’s another guy who wants to paint mountains.

That is, of course, unless she can capture qualities in them unseen till now, and do so with a simultaneous combination of sparking retinal precision and grand compositional imagination that will soon have the viewer dancing in front of the artwork: backing up to take in the massive scale of eroded sediments shown off by bright remnants of snow separating and delineating their shapes, then coming closer to examine just how those rock forms can possibly be brought so accurately and energetically before the eye. 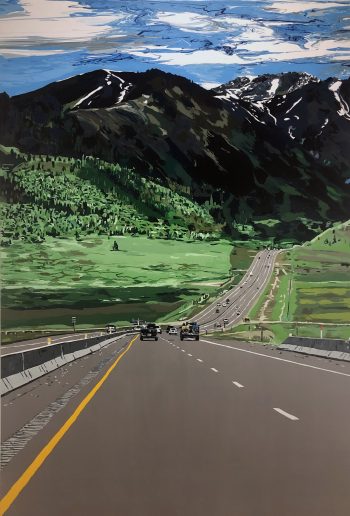 Consider “Road to Bear Lake,” meaning either an actual roadway or a figurative path, that gathers the gallery and its occupants and takes them on a journey at once pleasingly familiar and a surprise to find in this unlikely place: on a wall, in a small room, in a downtown Salt Lake City basement. Had the artist, South Korean Yujin Kang, been born and raised in a country celebrated for its natural parks, like the United States, El Salvador, or Japan, she might have learned to paint such scenic splendor in a pure form, as it was painted in the 19th century. But that would be a misrepresentation of what things look like today, as if nothing had changed in the intervening century of human intervention. So it may be a result of growing up in Seoul, one of the world’s largest and most densely populated urban areas, that she chooses instead to show our 21st-century world as it is, with human construction integrated into the topography.

The gallery space, one of two assigned to showcase the accomplishments of UMOCA’s artists-in-residence, is arguably a poor fit for this show, limiting viewers to the middle viewing distance. Move closer and the dancing, virtually pointillist paint calls attention to itself, as it should, but these are fairly large panels and it’s hard to get far enough away to see how solid the illusion is with distance. A good trick to know is to get out a cell phone camera and prepare to take a full-frame photo. The viewfinder image on the back of the phone will simulate walking into a large gallery and seeing the painting across the room, as it should be seen first. (At that point, taking the photo is optional.)

The real magic, though, becomes visible up close. Here’s a thought experiment to consider. Jackson Pollock took deliberate control by the paint away from the artist by instead dripping paint onto panels laid flat on the floor, allowing accidents to intervene between his intentions and the result. What if someone were to practice his drip technique until she could control it: until the colored pattern that emerged actually looked like traditional representation? Or more accurately, a synthesis between the two. It’s no secret that for many artists pure abstraction wasn’t the final answer, but a path back into an advanced form of picture making. Utah’s Brian Kershisnik has called abstraction a “cul-de-sac” between the original naive and a later, more informed version of representation, and in Yujin Kang’s landscapes we can see the process in its entirety. Using enamel paints, known for their bright colors and high surface tension — so that rather than turning into puddles, drips and smears made from them may retain their individual identities — we can see the abstract marks of action painting eventually add up to representations that display more energy than we’re used to. Kang’s paintings are comprised of lively marks that recall the brilliantly swirling, three-dimensional brushwork of Vincent Van Gogh, someone who is hugely popular in East Asia. 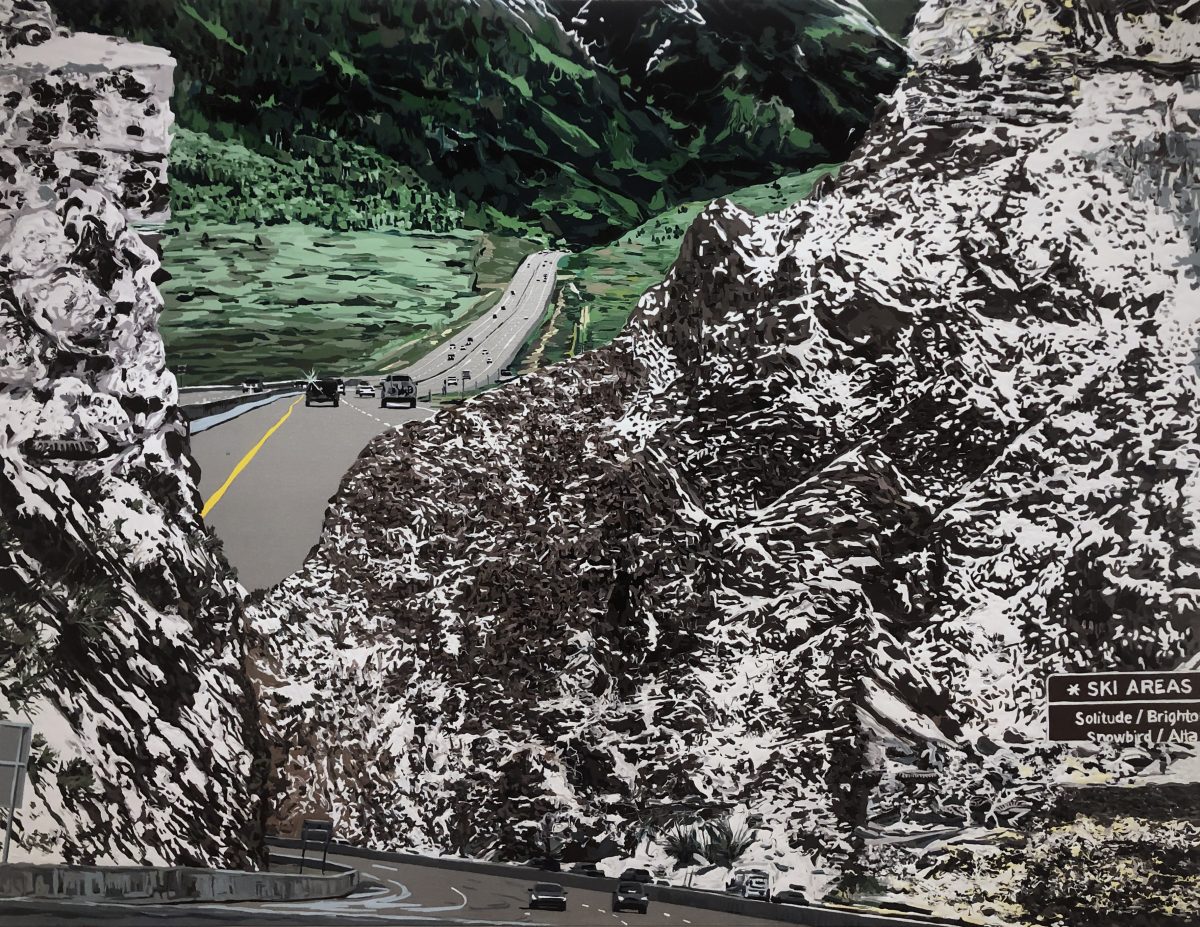 In the pair of Bear Lake paintings — a second shows the “Road From Bear Lake” — the bottom third or more of the painting is taken up by the foreground freeway that makes the transition from the gallery to the landscape, followed by the green valley, dark gray mountains, and blue sky that draw eyes and mind to visualize the invisible lake. But Yujin Kang isn’t satisfied with bravura compositions that transport viewers in ways commonplace in life, though not so much in art; she also wants her audience to see what she sees in the rich textures and colors along the roadside. To her, the rock faces often suggest edible matter, such as raw meat and stacks of pancakes. Here she may be pushing things too hard for some in her audience, or perhaps making a comparison that needs more explanation — though in “Mountain With Oreo Cake” the black rock and white snow do strongly resemble crumbled Oreos. This one is also unusual in that the perspective breaks down between the foreground and the middle distance, as if the driver had taken a break and, after eating a snack, resumed driving in a very different frame of mind. Then “Mountain With Road” all but destroys the illusion of continuously real landscape, leaving a kind of cubist collage in place and recalling how we sometimes remember a long day’s drive as a series of discontinuous impressions.

Walking counter-clockwise around the gallery, which feels most natural, the show climaxes with a series of swimming pool images. This might sound like a falling off from the spectacular high country, but it’s really just a chance for the artist to demonstrate her versatility. Each pool does feature its own mountain, and uses it in visually opulent but also paradoxical ways. By this point in the encounter with Yujin Kang, presumably viewers have graduated from the relatively easy-to-view, comfortable landscapes and can be expected to challenge their senses with some more challenging, unmistakably artificial, painted scenery. Here her powerful optical effects are not used to ease the mental passage through this fictional world, but to prevent the mind from easily saying “No” to what is ultimately as challenging a vision as any the art of the last century has dared our eyes to wrap our minds around. 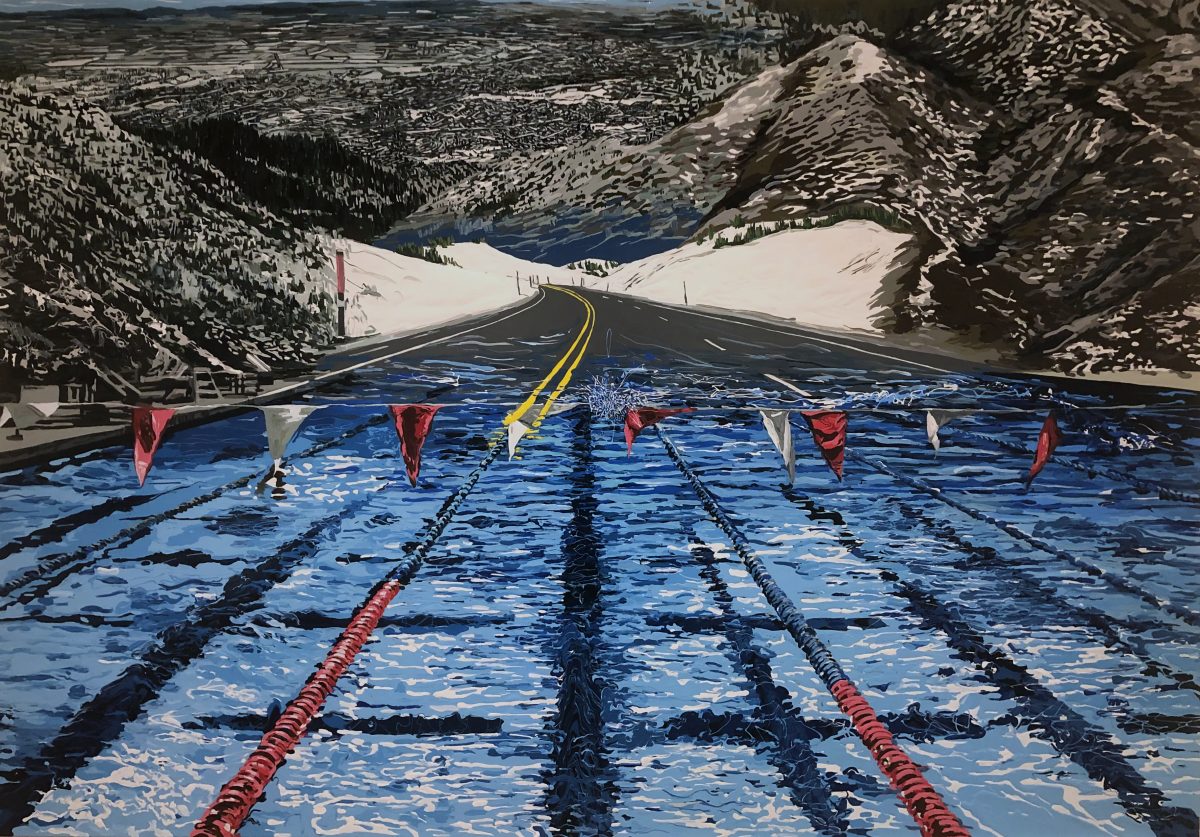