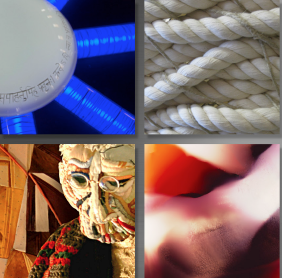 This Friday, Work To Do, an exhibit curated by Jeff Lambson and featuring the work of Utah artists Trent Alvey, Pam Bowman, Jann Haworth and Amy Jorgensen opens at the BYU Museum of Art. The exhibit promises to “investigate questions surrounding women’s work, the complex roles in which women engage on a daily basis and the unique ways each artist navigates the gender politics of the Beehive State.” It’s up through September, and we’ll be discussing the exhibit in our June 2013 edition of 15 Bytes, but you may still want to slip the Friday night opening into your calendar. Apart from the chance to meet the artists and be the first to see the exhibit, you’ll also have the opportunity to witness some site-specific dances by local choreographers.

During the opening reception, 7-9 pm, choreographers Ashley Anderson, Shayla Bott, Angela Banchero-Kelleher and Joni Tuttle will present new projects designed for the space. The performances are part of Provo Sites, a concert series that rotates venues in Utah Valley.

In partnership with Ashley Anderson from loveDANCEmore, Kori Wakamatsu and Kate Monson are trying to shift the choreographic landscape of the Utah Valley. The three women, all choreographers, have regularly dealt with the reality that Utah has many thriving university dance programs and a few historic companies but that professional opportunities were lacking, particularly in Utah Valley.

Tired of performing in the same formats, they came up with Provo Sites. Their first concert, last November, took place in the Provo 4th Ward. If the audience (who watched the concert in the 30 degree building) was any indication, the community was hungry to see new work. They are following up this inaugural performance with the Work To Do concert in the Lieds Gallery of the museum. Performances will take place at 7:15 and 8:15 pm.

If you like what you see you’re in luck because there are talks to extend the series this summer to the Orem Community Gardens and other venues in downtown Provo.

Work To Do opens at the Brigham Young University Museum of Art Friday, May 17, 7-9 pm and continues through September 2013. 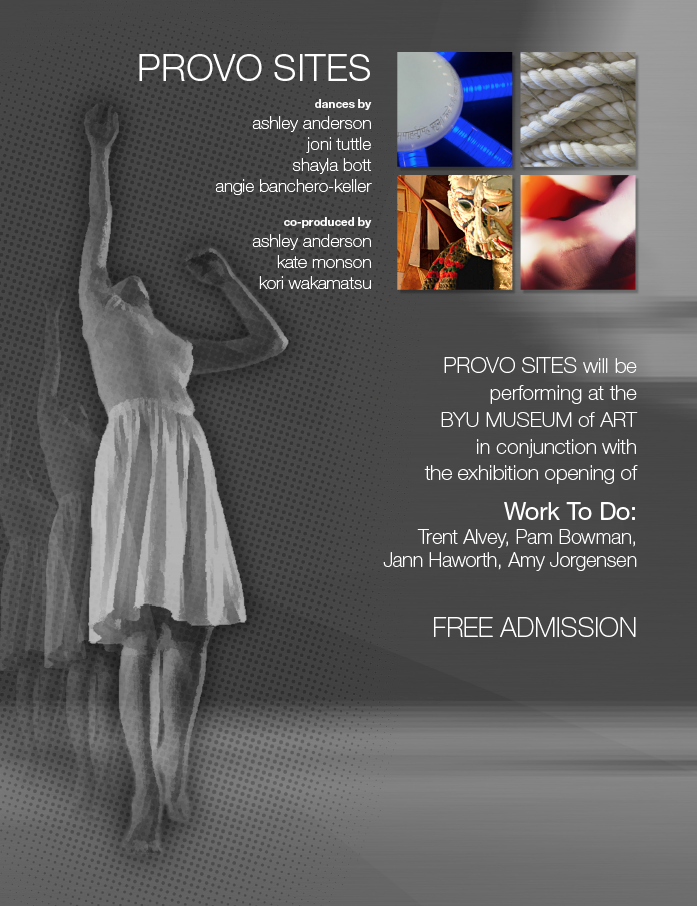