Woodland Hill Has Attracted a Number of Artists, Who Now Invite the Public to Tour Their Studios 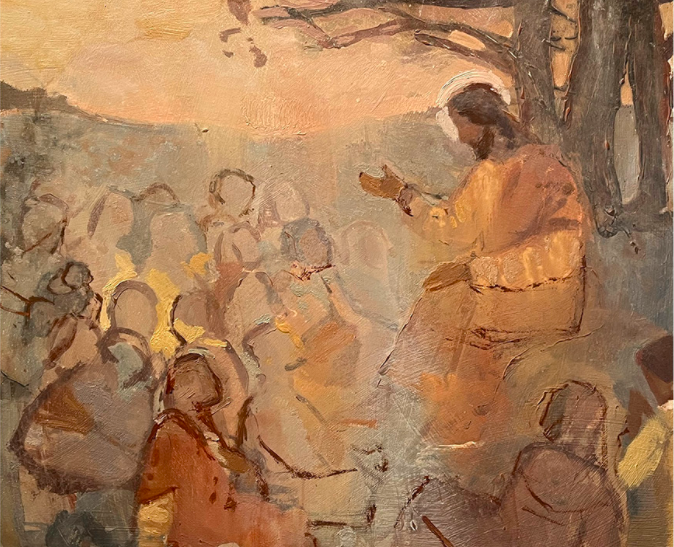 A work by J. Kirk Richards, whose individual studio tour has expanded into the Woodland Hills Art Tour

Tucked up against the mountains at the south end of Utah Valley with a view of Utah Lake to the northwest, Woodland Hills is a quiet, wooded community with large lots and a secluded feel. And the town of just 1500 has a high concentration of artists, six of whom will be opening their studios for a tour May 19 – 21.

It all began with J. Kirk Richards, who has lived in Woodland Hills for more than a decade. He began holding private events at his house, then turned that initiative into an annul studio tour. In recent years, Richards has been busy with a variety of projects — he founded a nonprofit that supports aspiring religious artists and runs a studio academy in Provo as well as a gallery (the current exhibition is the BIPOC Women of Utah Art Show) — but still makes time for the annual studio tour. He’s best known for his religious scenes executed in a poetic, expressionist manner and there will be plenty of these, in a variety of sizes, on display at the tour. 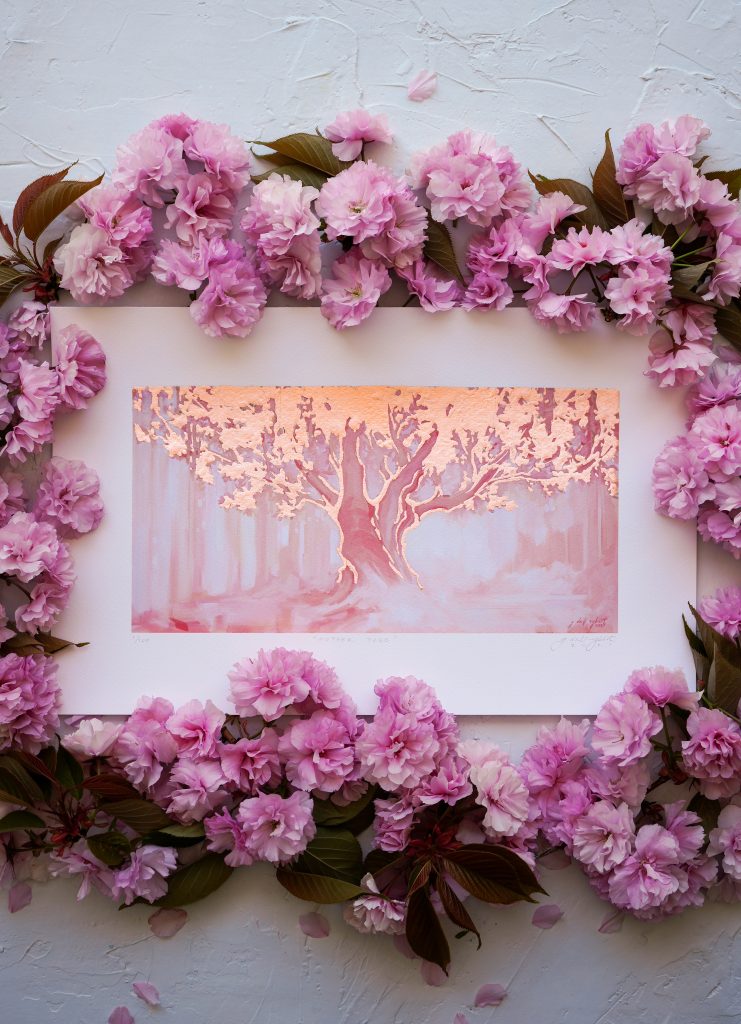 Ginger Dall Egbert will be selling limited edition prints of “Mother Tree” which was featured on the cover of “Reflections on a Mother in Heaven,” published as part of the 2021 Certain Women art show

For years, Ginger Dall Egbert worked as Richards’ studio assistant and helped him run his annual studio tour. She now lives in South Ogden, but returns to Woodland Hills frequently and will be showing at the home of — and along with — her mother, artist Rose Datoc Dall. “I grew up surrounded by my mother’s art — drawing alongside her, absorbing design principles, and taking her workshops,” Egbert says. “Going to art school and pursuing my own professional creative-career felt like the most natural thing in the world.” For the studio tour Egbert will be exhibiting from her Sacred Trees and Affirmation Sunrises collections, abstract landscapes created with a range of material including gold leaf, metal pigments and oil and acrylic paint. She will also exhibit some works in progress.

Seven years ago Laurie Lisonbee found the mountain home she always pined for in Woodland Hills. “I used to call our town ‘Utah’s best-kept real estate secret’ but word has gotten out,” she remarks. “The mountain and lake views are exhilarating for an artist.” Lisonbee’s work is figurative, done in oils and focusing on vignettes of hands or lifesize yoga poses. In addition to figure drawings and some previous works she has shown out of state but not in Utah, during the studio tour you’ll be able to see some of the work she is preparing for a solo show at the St. George Art Museum in the summer of 2023. 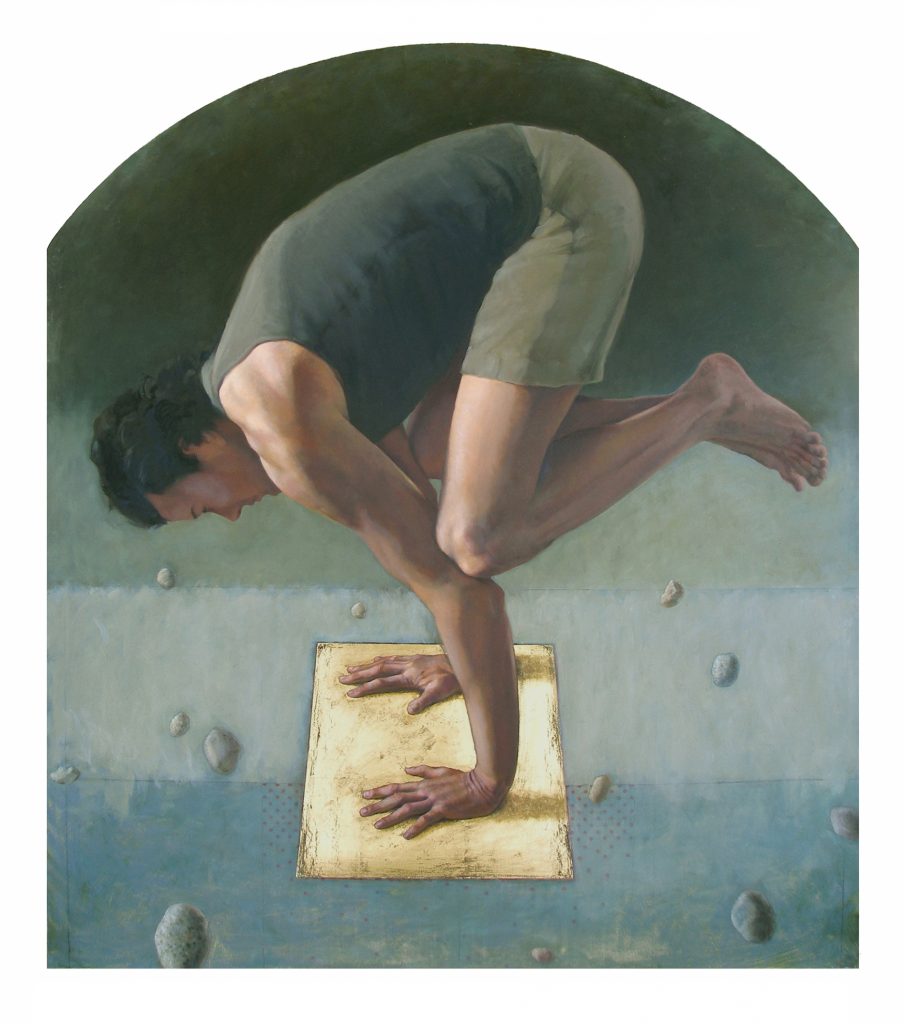 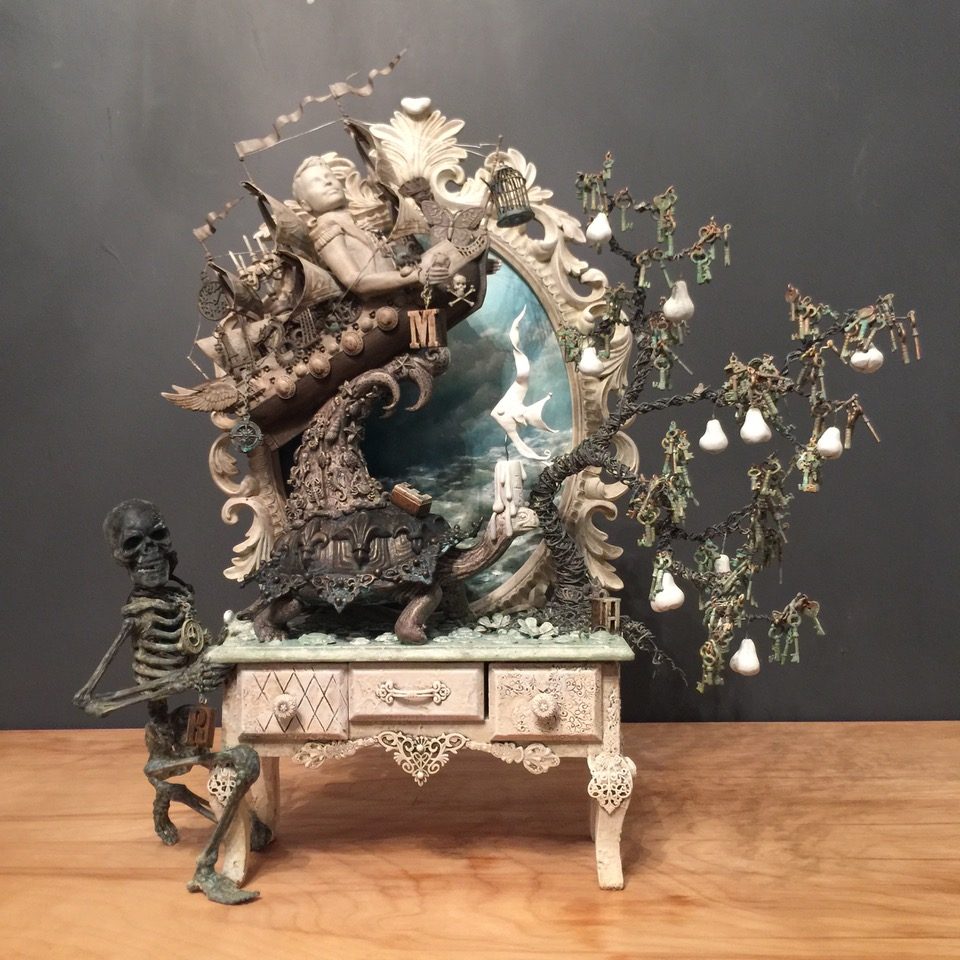 Jeff Goodsell was also attracted by the bucolic setting of Woodland Hills — “incredible vistas, trees and wildlife. It’s an idillic place for me to create really.” An assemblage artist and sculptor, Goodsell creates works abounding in detail. “I have been experimenting with different media and narratives, mostly about journeys, breakthroughs and things that hold us back. I recently tried a piece doing a paper wig on a mannequin that I sculpted digitally then printed out, built the paper wig (after much trial and error trying out different papers and stiffeners) and then put a ship onto the wig (the wig mimics a breaking wave) I love that type of imagery.”

Sculptor Mark Hopkins came to Woodland Hills because of his grandchildren. He began his career in Rome, Georgia, where he set up a bronze foundry (since sold) in 1988, before moving to Loveland, Colorado, where he enjoyed the art community and Rocky Mountain setting for 26 years. “We found ourselves doing a lot of driving back and forth to Utah, where four of our six children have settled, and fifteen of our twenty-one grandchildren now reside,” explains his Mark’s wife, Laurie Hopkins (Mark was busy getting ready for the tour). “We decided we need to be here, closer to so much of our family.” They were delighted to find a welcoming community in Woodland Hills. Mark Hopkins is a figurative sculptor, working with a variety of motifs, including sports scenes, wildlife art and religious scenes. He has been busy doing a lot of production works as he searches for the right resources to cast and finish his work in Utah. He is currently finishing several commissions, including a 3-foot tall figure of Christ walking on water. He is also creating new sculptures of birds, which are some of his most in-demand works. For the tour, a variety of works will be available in the studio, outside and in the home. 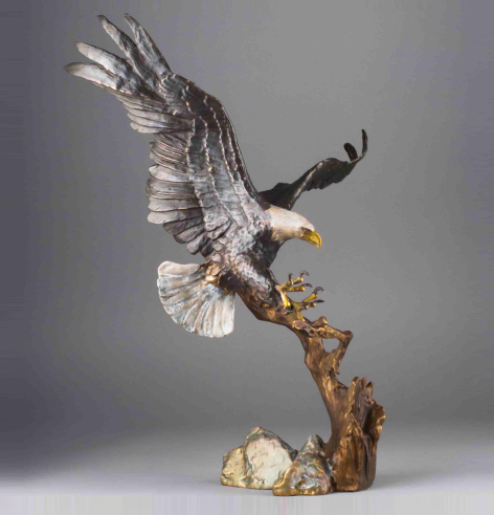 Keri Skousen will also participate in the tour. She studied with Hagen Haltern in the BYU Intensive Drawing Studio and teaches art lessons in her home, which she and her husband Grant built in 2018. 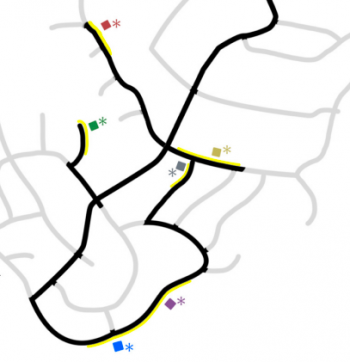 These six artist homes are all within a quarter mile of each other. You’ll find a map of the homes here. The tour will be raising funds for the Utah Refugee Connection @serverefugees and asks that you bring you to the tour: $25 Visa cards to allow Muslim refugees to buy Halal foods at the international market, large pots and pans for large families to cook in, and/or size 5-6 diapers. The “Better Days 2020” exhibition cited on the studio tour website has been cancelled due to a funeral.