Following a career in electrical engineering, Salt Lake City artist Joe Carter’s childhood connection to objects, where items like salt shakers flew and everything he looked at had an individual personality, returned to him. He went back to school and eventually got his BFA from the U in 2000. Now he paints hyper-realistic typewriters, toys and teapots and clear glass jars filled with a variety of stuff. On Saturdays he participates in life drawing classes with a group of fellow artists at his alma mater. 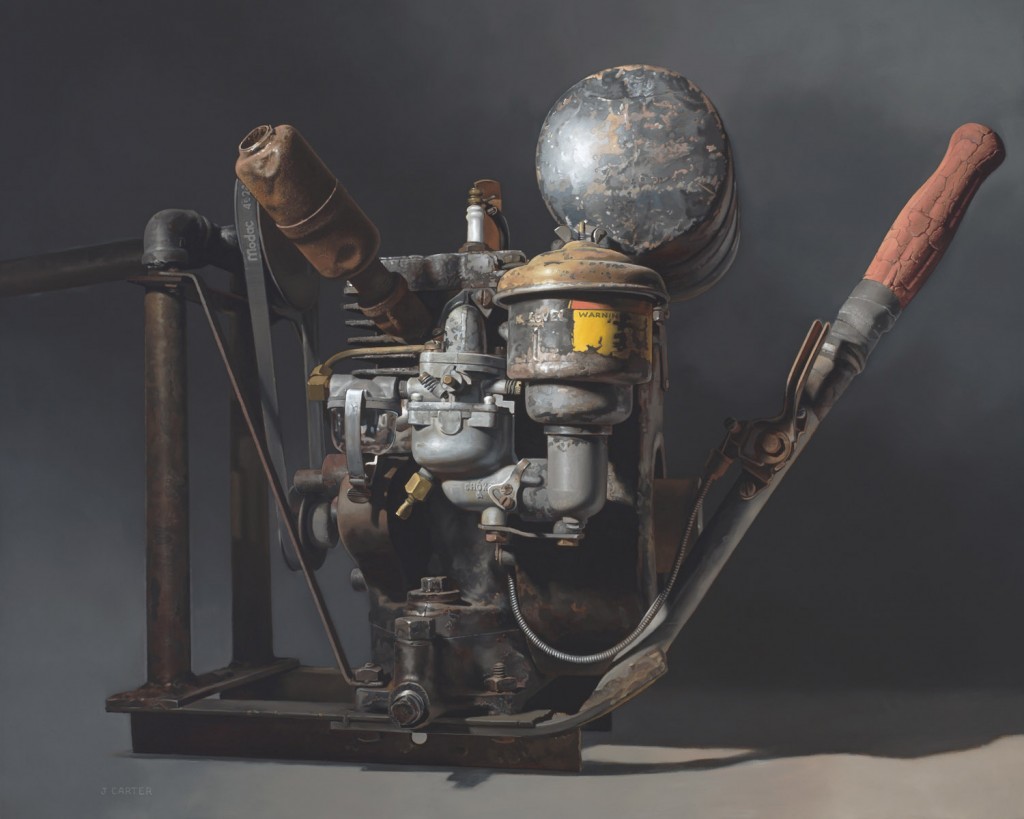 Carter tells us, “I found this poster at a yard sale a couple of years ago and it communicates in, and radiates the visual language that I’ve liked for as long as I remember. It sure makes the case for drawing!”

It’s titled, he says: “He pulled open the door with a jerk, and they all fell in, one on top of the other. More dwarves, four more! And there was Gandalf behind, leaning on his staff and laughing.” The work is taken from J.R.R. Tolkien’s The Hobbit. “It was done by artist Rob Brown, “Carter says. “I’ve included one of my recent pieces of art and, while not a drawing, it’s rooted in the same thoughts about art that this poster inspires.” 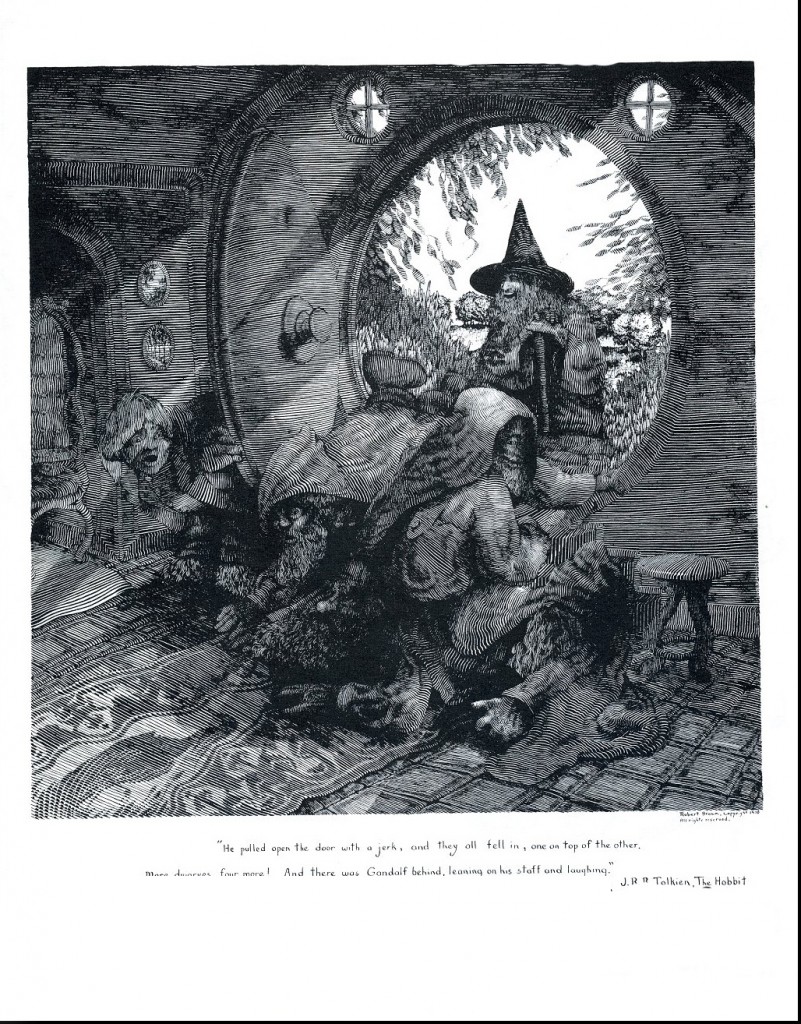 Even after some 45 years, the poster is still available at Ken Sanders Rare Books. Carter found a document online that describes the work and artist:

“After [attending Viewmont High], inspired by classic illustrators such as Gustave Dore, Heinrich Kley, Norman Lindsay and others, [Rob Brown] began the first of many highly detailed pen and ink drawings, including ‘The Hobbit’ and ‘Conan the Barbarian’ published by Dream Garden [Ken Sanders’ imprint]. The Conan poster was issued simultaneously by Tape Head Co. as a Pink Floyd concert poster in 1970. In the late 60’s, Brown worked briefly for the infamous Berkeley Barb in California . . . Back in Salt Lake City . . . in the 70’s he went on to produce calendars and graphics for the Cosmic Aeroplane and other counter culture establishments. [He later wrote and illustrated a number of children’s stories.]”