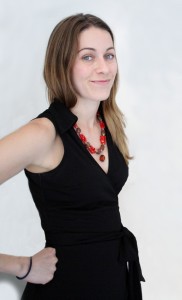 The Utah Museum of Fine Arts (UMFA) has announced the appointment of Whitney Tassie as the organization’s new Curator of Modern and Contemporary Art.

In her curatorial capacity, Tassie will organize exhibitions of 20th and 21st century art, including the continuation of the UMFA’s salt series of projects highlighting emerging international artists. Tassie will work closely with University of Utah faculty and the UMFA’s Young Benefactors, a donor affinity group dedicated to supporting the museum’s modern and contemporary art collection. Tassie will also create contemporary art programming that furthers the museum’s commitment to excellence and relevance.

“We are thrilled to welcome Whitney Tassie to the UMFA. We are confident that her fresh energy, great eye, scholarship and creative curatorial ideas will bring incredible value to students and the broader community,” said Gretchen Dietrich, UMFA executive director. “She made a tangible difference in the art scene of Chicago, and we look forward to the extraordinary art experiences she will bring to Salt Lake City, the University of Utah, and the region.”

Over the past seven years Tassie served as the Director of Monique Meloche Gallery in Chicago, where she curated six to eight annual exhibitions of work by internationally renowned contemporary artists. In 2011, she co-founded Gallery Weekend Chicago, a groundbreaking annual weekend focused on promoting and enhancing Chicago’s contemporary art scene to collectors and curators. From 2002 to 2005 she worked as an exhibitions and curatorial assistant at the Herbert F. Johnson Museum of Art in Ithaca, New York, where she contributed to education, collections, exhibitions and curatorial work. Tassie holds a master’s degree in modern art history, theory and criticism from the School of the Art Institute of Chicago and a bachelor’s degree in art history and archaeology from Cornell University.