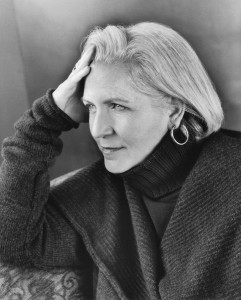 Situated next to Provo, Utah, Orem is one of the most conservative communities in the United States.

I mention the politics only to mark the courage of Terry Tempest Williams and why so many of us were struck by her transparency at the Orem Library when she highlighted one particular passage from her exquisite memoir When Women Were Birds: Fifty-Four Variations on Voice.

The memoir covers rich emotional ground about absence and presence, silence and voice, blindness and attention. It’s the companion to Refuge, telling what Williams wasn’t ready to share twenty years ago, or even face herself.

Before the event she was understandably nervous, but she spoke to honor the birthplace of her mother, a community foundational to her upbringing, and women who live in silence.

“We all have our secrets,” she said, and one of those is our relationship with sex.

It’s a critical, soul-wrenching, community-jeopardizing conversation, and not just in Orem, Utah. So often birth control gives women their voice and power, which is why Williams believes it’s not only a legal right but a spiritual one.

For years three of her close friends concealed the fact of their abortions from everyone. It was an intrinsic, buried component of their identities.

“Erasure,” Williams said, is “what every woman knows but rarely discusses. Word by word, the language of women so often begins with a whisper.”

We should make decisions about our reproductive health without the judgment of others, she said softly. “If a man knew what a woman never forgets, he would love her differently. . . . Because what every woman understands each time she makes love is, Life could be in the making now.”

What are the consequences of our guilt and shame and doubt?

Like anyone, Williams has spent much of her life in retreat before she shares personal excavations. When she wants to know herself intimately, she handwrites her thoughts, going over each sentence again and again until the evidence is blotted from view.

After writing “The Clan of One-Breasted Women,” an essay that became the epilogue in Refuge, Williams concealed it for two years, and she was afraid the book would lead to her excommunication from the LDS Church. One of the lines that terrified her most was “blind obedience in the name of patriotism or religion ultimately takes our lives.”

“There is an art to writing,” she admits, “and it is not always disclosure.” It’s tricky telling a personal story, one that resonates universally, because speaking from the truth of our hearts often requires a betrayal, a breaking of taboo.

“I’m a little concerned about the fires you have on your porch,” her neighbor said.  But Williams destroyed them because, she related, “I was too afraid that when I would go down the canyon to Dan’s to get groceries for dinner that I would be in a car wreck, and somebody would read what I wrote.” Somebody like her husband.

There was value in the process. One day, finally familiar with the emerging voice, she wrote something she could keep, something that skillfully said what she’d been trying to express.

Not that there aren’t consequences to transparency, however gently engaged. “There are many times that we are ejected out of our tribe,” she said with some emotion. But if our intentions are right, and we’re patient, eventually we’re re-admitted. Change requires conversations, a testing of ideas, hearing “our own voice in concert with another.”

The ideas and questions keeping her awake at night fueled each new book. “If the old stories we’ve been telling no longer serve us, what are the new stories? What is the new mythology?” How can our personal creation myth propel us away from exploitation and numbness, toward attention and empathy and passion?

In Refuge, Williams found a sanctuary that could withstand her mother’s death. In Leap she grappled with her belief and ultimately transitioned from religion to spirituality. Finding Beauty in a Broken World came after September 11th, when Williams faced the ocean in Maine and asked how to pick up the pieces. “And the word the sea rolled back [was the art of assemblage] . . . m o s a i c.”

Which brings me back to When Women Were Birds.

Without betraying the impetus, you can know there was a darkness only a mother could heal. And on her deathbed Diane Dixon Tempest left all her journals to her daughter, extracting a promise from Williams that she would save them for after the funeral. Shelves and shelves of journals: footprints, presence, comfort.

They were all blank.

How to translate such emptiness into awe?

Terry Tempest Williams’ words are a salve and a gift. I’ll leave you to the journey. 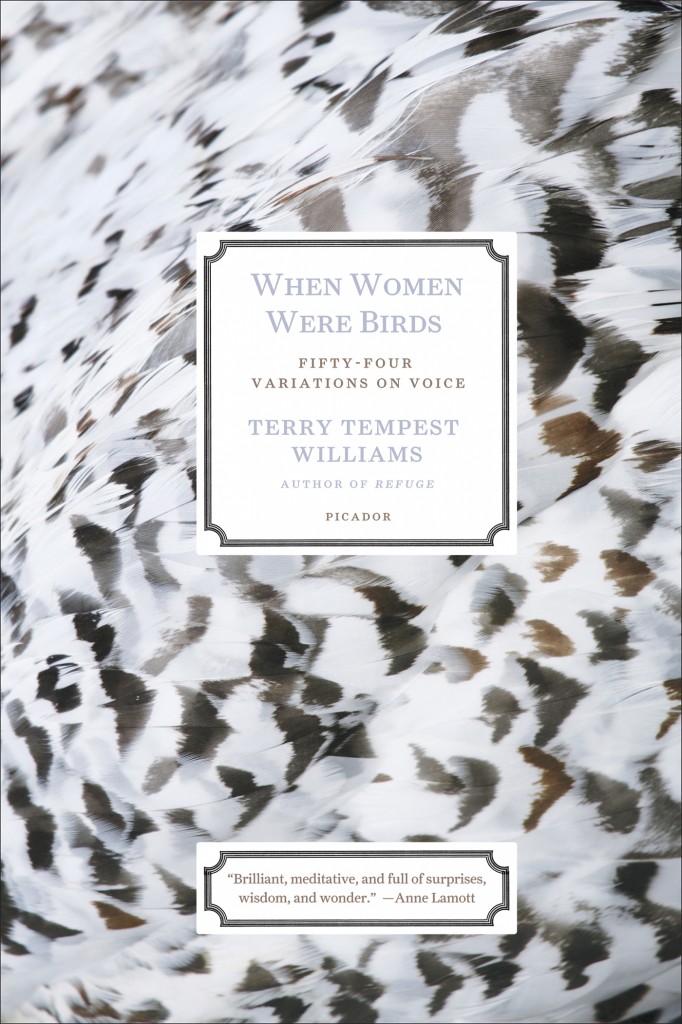 When Women Were Birds by Terry Tempest Williams, now out in paperback.

When Women Were Birds: Fifty-Four Variations on Voice was released this past week in paperback by Picador. Terry Tempest Williams is the recipient of many awards for her writing and environmental activism. Most recently The Community of Christ awarded her the 2011 International Peace Award in recognition of significant peacemaking vision, advocacy, and action.