When the Past Cannot Take Care of Itself: Rebecca Pyle’s Chapbook The Great American Songbook 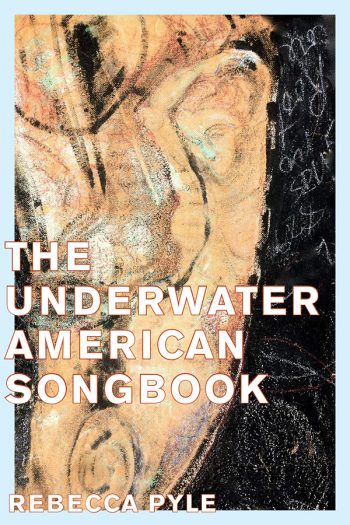 The Underwater American Songbook, Rebecca Pyle’s 2018 digital chapbook, is structured around a captivating and engaging conceit: the collection, as Pyle explains in a foreword, is “a body of almost-lyrics about objects found underwater all around New York.” Each of the 10 poems, therefore, focuses on some sunken object or objects and, while this concept is undoubtedly fascinating, what is more intriguing is the relationship between history and the present day that the chapbook so deftly navigates. The concept will draw a reader into the collection (and this book is so interesting, a reader should absolutely be drawn into it), but it is the complexity of the thoughts within the poems that allow the chapbook to truly succeed.

While the speaker of these poems imagines the realities of the sunken objects, she is careful to keep the poems grounded in the present-day in one of two ways: by either creating narratives in the present moment to clarify the past, or by using the past to illustrate the insufficiencies of life today. As an example of the former, the opening lines of the second stanza of “A Kawasaki Waverunner and Rue” illustrates the necessity of the speaker’s storytelling ability to understand a distant past of which she was not part. The speaker muses on the fate of the lost watercraft through imagination: “The Kawasaki here is here because someone was/In over his head. A woman had outdone him.” This is why these objects matter—precisely because we can give them meaning. What these objects actually meant in their own time is less important than what they could mean in Pyle’s time and what she can make them mean now.

As far as an example of the latter, of how the present-day can fail us, the speaker occasionally depicts the present as insufficient for imagination, as in “We With Submarine,” when the speaker explains, “Normal play, modern games/Were not enough.” We need the past for imaginative excursions because the past provides better material. The now is less interesting. In “The Dreamland Bell,” Pyle writes, “a color really/was more interesting when it faded than/When it was new.” In these poems, the past is simply more interesting than the present, but the present is, obviously, essential. There is no past without present.

The now is needed. And, fittingly, most of the time in this chapbook, the now is looked at as less a disappointment and more as a significant opportunity to report and understand the past (and, essentially, fill in the blanks for what-has-been). In the opening line of “King Arthur Regarding the Sixteen Hundred Bars of Silver Underwater,” the past and present collide in a most matter-of-fact way: “King Arthur spoke to me today.” It is so direct that it is a bit disorienting, of course, but the word “today” represents an important trope of the book. The past is only as interesting as what today can do with it now. We can read Arthurian legend, but the stories only matter if there’s an immediacy to them, and the poet cements that immediacy by imagining the intimacy and urgency of recent conversation.

And, in these poems of sunken objects, the objects themselves are literally unobtainable, but the idea of them is highly recoverable. These are poems of recovering the history of ideas and figuring out how and why they can matter today.

In “A Runaway Luggage Car, 1865, off Peekskill Drawbridge,” Pyle writes:

You and I the living now

Had known about this luggage car flying

In these lines (that follow a first stanza description of the 1865 event anticipated in the title), the speaker longs for “the living now” to have known about this earlier. So, the speaker wishes to have already known about this event? But why is that relevant? Isn’t learning about it now, rather than some earlier now enough?

Well, because this book is so interested in the way history can matter to us in the present-day, the historical event is most significant in terms of what it can mean to us, not that it simply occurred. The speaker gives meaning to the past. In these poems, the past cannot take care of itself. It needs the now.

While the inspirations for these poems are submerged, the poems themselves are above the surface, floating with imaginative power. F. Scott Fitzgerald told us,

“All good writing is swimming under water and holding your breath.” These poems, so literally concerned with sinking rather than swimming, certainly stop the reader’s breath throughout and, when the reader is ready to breathe again, force him or her back under.

There’s a risk to the poems in Underwater American Songbook, a potential for the concept to make the poems feel inauthentic, but that doesn’t happen. Instead, the concept gets more compelling and more personal throughout. This is a collection of vital and challenging work that succeeds completely. To carry out Fitzgerald’s metaphor, for both us as readers and for herself, Pyle swam underwater, breath held, to write this collection. We’re all the better for it.