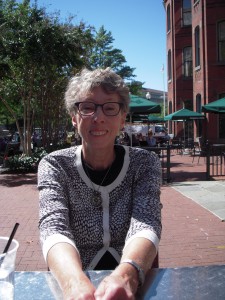 Just can’t think of anyone who doesn’t admire Martha Klein: her textiles, her paintings, her spot-on Netflix movie recommendations. At the start of 2016, she is concentrating on “imagery built from line- and mark-making.” This, she says, “is an activity or theme I’ve played with in the past but haven’t really pursued as far as I’d like. It’s fun to play with repetition and variation, both intentional and accidental, and let the rhythm appear more or less on its own.”

“Madame B,” the work shown here (in the collection of Julie Etulain), isn’t a new piece, but shows “exactly what I have in mind. It was done by covering a monotype plate with ink and then systematically removing it to create the figure and her dress. I’m not sure if I’ll focus much on figures, and I’m not sure if I’ll maybe try out some linocuts,” says Klein. “It’s easy to see how this idea would work with that medium. I’ve also bought sets of Inktense pencils and sticks. So drawing, drawing, drawing. It’s a very open time,” the artist observes.

Her art career really began with an interest in fabric and color going “all the way back to when I learned to sew when I was about 4.” Then, in 1982, she got an MFA in textiles from USU with a minor in printmaking. For many years, she worked as a dyer, “creating art to wear from hand-dyed silk fabrics, mostly using a variety of traditional Japanese techniques.” Dyeing, she says, “gives you an understanding of color right down to its guts, and to this day nothing fascinates me more. I could stand around all day mixing inks. In the last 15 years or so I returned to printmaking, mostly making monotypes which are often hand-colored with oil glazes.

“I’ve done a lot, a lot of teaching, a lot of different media, a lot of art work. I’m doing less now, but still learning, still enjoying it.” Klein’s website is www.kleinpaceart.com. 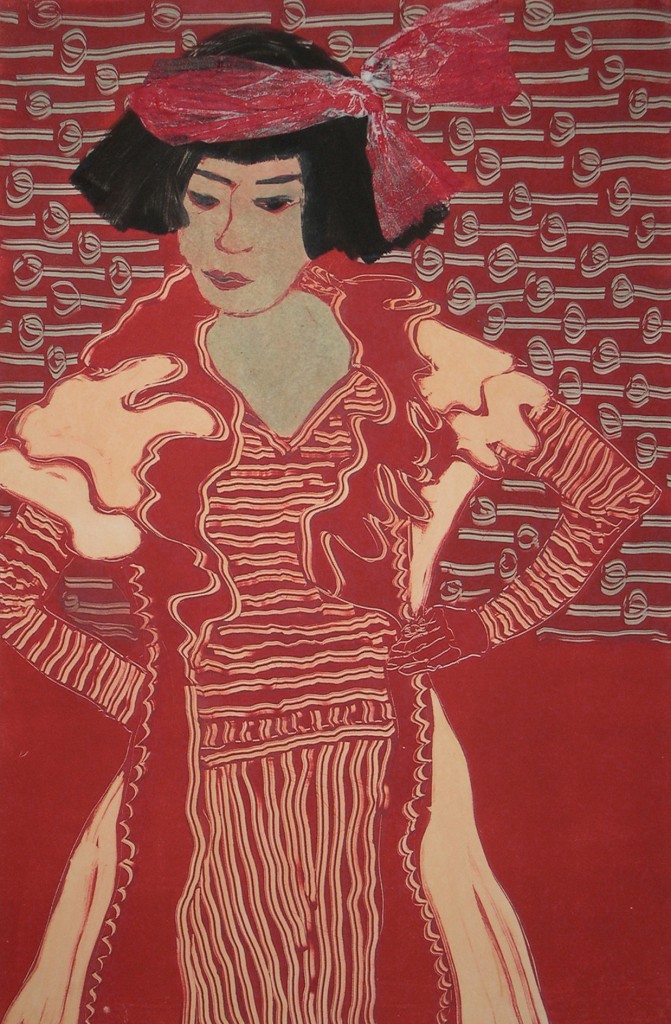